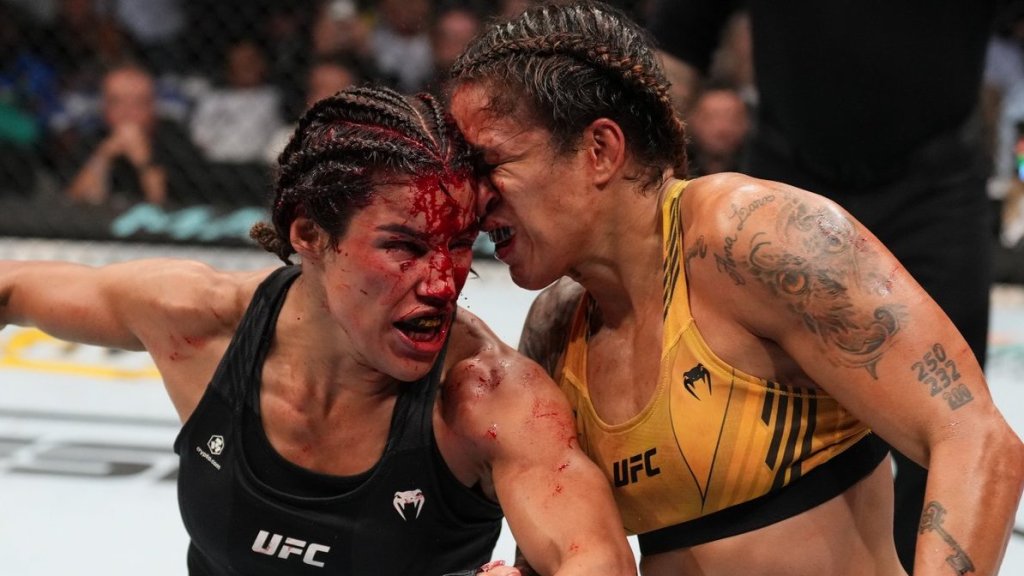 It was a tough and gritty showing from Peña, who never stopped fighting and throwing up submissions from bottom position. But Nunes landed multiple knockdowns and takedowns and bloodied and battered “The Venezuelan Vixen.” In her post-fight press conference, Nunes said she could have finished Peña, but decided not to in order to prove their first fight was a fluke.

“There’s moments in the fight where Julianna could have won that fight,” Muhammad said on his <a href=”

“I think Amanda started taking her down in the third, fourth and fifth round because she didn’t want to get caught again on the feet. She knows that Julianna punches hard, her eye was very swollen, she was on crutches leaving. So, she was definitely in a fight. It wasn’t a dominating fight like a lot of people are making it out to be.”

With their rivalry now tied at 1-1 after Peña upset Nunes with a submission finish at UFC 269, followed by Nunes’ win in the rematch, Muhammad thinks it only makes sense that a third fight happens.

“Julianna won the first fight by finish, Amanda Nunes didn’t,” Muhammad said. “So that’s why it deserves a trilogy fight. You could say what the score was: 50-44, 50-43, but that doesn’t talk about the whole fight.”