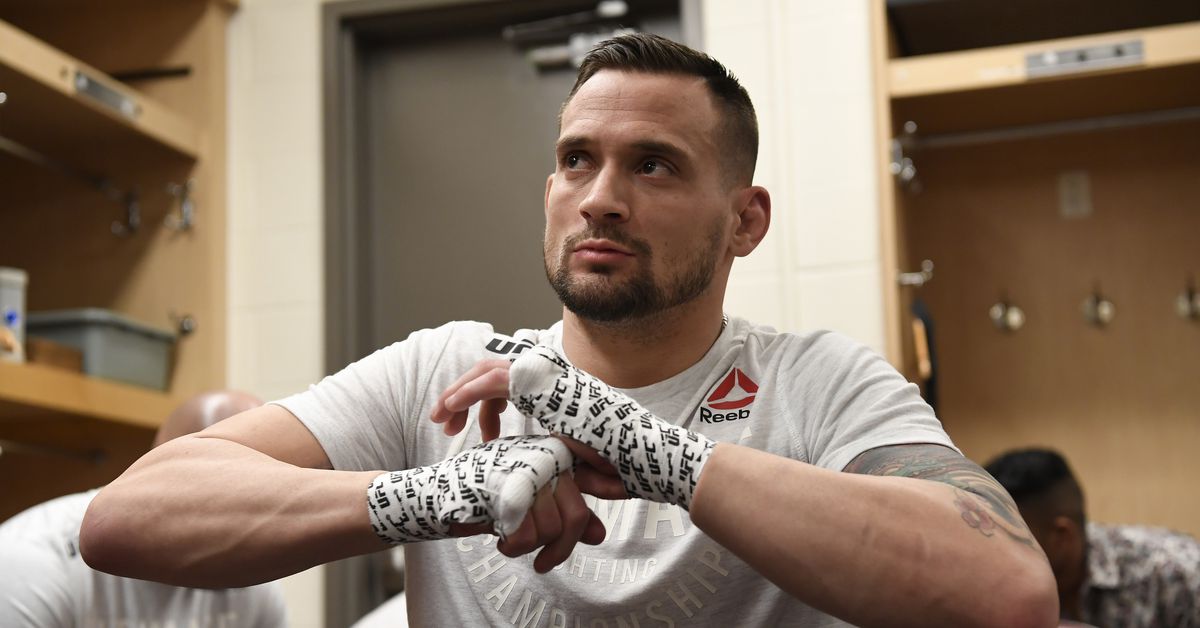 James Krause’s fighting days are over.

The 36-year-old UFC veteran, who this past Saturday coached Brandon Moreno to an interim title win over Kai Kara-France at UFC 277, announced his MMA retirement on Monday’s episode of The MMA Hour. The owner of Kansas City’s Glory MMA and Fitness, Krause last competed in October 2020 with a dominant victory over Claudio Silva.

“This last week for me, I had a herniated disk — I have a herniated disk in my neck — and it was giving me real problems going into that [UFC 277] fight week,” Krause explained on The MMA Hour. “And I was very close to just officially saying it. It’s hard for me to [say]. This is the problem with most fighters is, it’s hard to let that go. It’s really hard to let that go. But I could tell you with almost 100-percent confidence that you guys will probably never see me fight again. And I’m good with that. I feel OK with that.

“I am done with this sport. I’m at peace with it. I have no desire to fight again. I really don’t. My desires and my fulfillment have now shifted toward coaching. Moments like Brandon Moreno and the rest of my team, I get fulfillment out of those. So you can call this my official retirement or whatever, but I do not plan on ever fighting in the UFC ever again.”

Krause (28-8) exits the competition side of the sport riding one of the best runs of his MMA career. Competing largely as a welterweight, he won seven of his last eight bouts in the UFC dating back to July 2015. His lone loss over that stretch was a 185-pound bout he accepted on just one-day’s notice up a weight class against Trevon Giles. That fight subsequently became notorious for its controversy regarding a conflict of interest with Texas judge Joe Soliz, who scored the bout for Giles but had trained extensively with Giles’ team.

Krause has found success through the years in numerous other ventures, both on the coaching side of the game as well as in real estate and in the sports betting space. He expects those ventures to keep him closely tied to MMA. But after a 15-year run as a professional prizefighter, his time competing inside the cage has come to an end.

“This game is a lot like a drug to most fighters,” Krause said. “And most of the fighters, if they are fighting for a living, they probably come from like a low-income family, broken home, not a good upbringing, and they’ve just had to fight for their life to have any type of success. And when you get that success, it is like a drug. There’s a drip that you get from it, right? And whenever you win, you get that dopamine drip. But whenever you lose, it’s the worst feeling in the world. And I think because of these fighters that come from broken families, low-income homes, they don’t have the proper upbringing so they self-identify with the results of their last fight. So if they lost, they feel like a loser; if they win, they feel like a winner.

“Sometimes it’s a day, sometimes it’s a week, sometimes it’s months, but that dopamine drip that you get from winning fades and you just want to feel like a winner again. Then when you go to fight again and you lose, you feel like a complete loser — and when you feel like a loser, all you want to do is feel like a winner again. So you get stuck in this vicious cycle, and these guys don’t know how to get out of it. And we see it every weekend with somebody that’s still fighting that, it’s like, ‘Why is this person still doing this?’ And it’s because of that — they’re stuck in that vicious cycle of validation for themselves, and it’s just such a nasty place to be,” Krause continued.