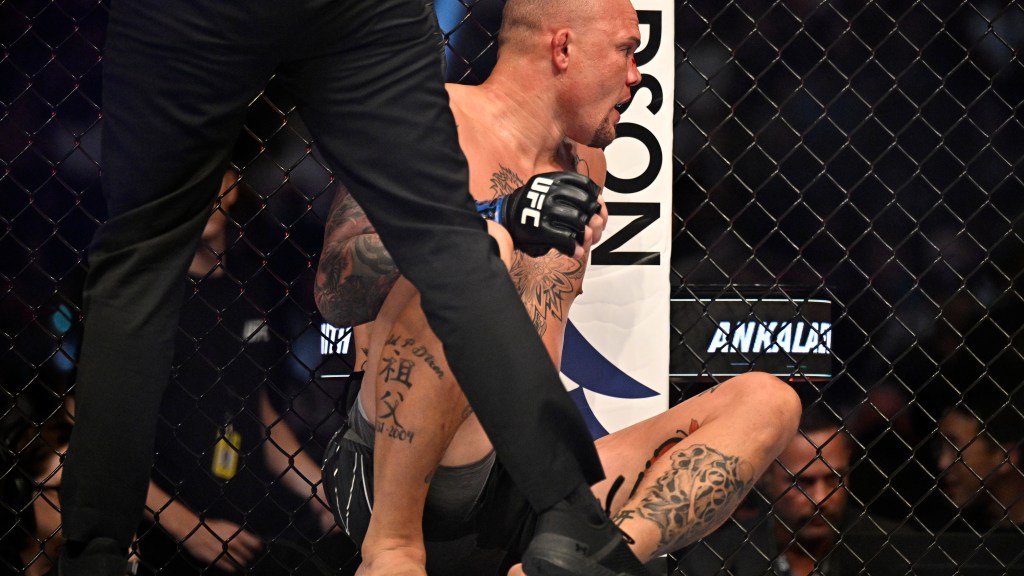 LAS VEGAS – UFC president Dana White went out of his way to correct an inaccurate comment he made about Anthony Smith at UFC 277.

Smith (36-17 MMA, 11-7 UFC), a former light heavyweight title challenger, succumbed to a second-round TKO loss against Magomed Ankalaev (18-1 MMA, 9-1 UFC) this past Saturday in Dallas, ending a three-fight winning streak and putting a temporary halt to his hopes for another championship bout.

It was an odd finish, because after the first round, Smith complained to his corner about a leg injury. He looked compromised in the second frame, and after a failed takedown attempt, was pounded into a stoppage. “Lionheart” immediately said afterward that his leg was broken, which has since been confirmed with surgery coming soon.

There was some public skepticism about the validity of Smith’s injury, however, because White said immediately post-fight that Smith did not suffer any fractures in his leg. That was false, and White set the record straight at Tuesday’s DWCS 48 post-fight news conference.

“Anthony Smith, we’re doing the press conference on Saturday and somebody asked me how I was doing and (I said there wasn’t a fracture),” White told MMA Junkie and other reporters. “He did break his leg. His leg was broken. They ended up finding the fracture and I guess it was in a weird place. Hard to find. He was sitting there questioning himself like, ‘What the hell is wrong with me? I feel like my leg is broken. I know my body.’ And all this stuff. I just wanted to tell you guys that because sometimes it makes it look like, ‘Oh, he’s trying to get out of the fight. He’s claiming he broke his leg.’

“The way I looked at it he got kicked so f*cking hard he thought his leg was broken, you know what I mean? Which you can imagine, too. But he legitimately has a bad break in his leg that is going to need surgery. For him, I wanted to put that out there because I was the one that said it wasn’t broken.”

White did not share any additional details about a possible timeline for the fighter’s return to the octagon. In addition to being an active fighter, Smith is also a frequent UFC analyst on ESPN broadcasts.

Prior to his UFC 277 loss, Smith signed a new multi-fight contract with the organization.