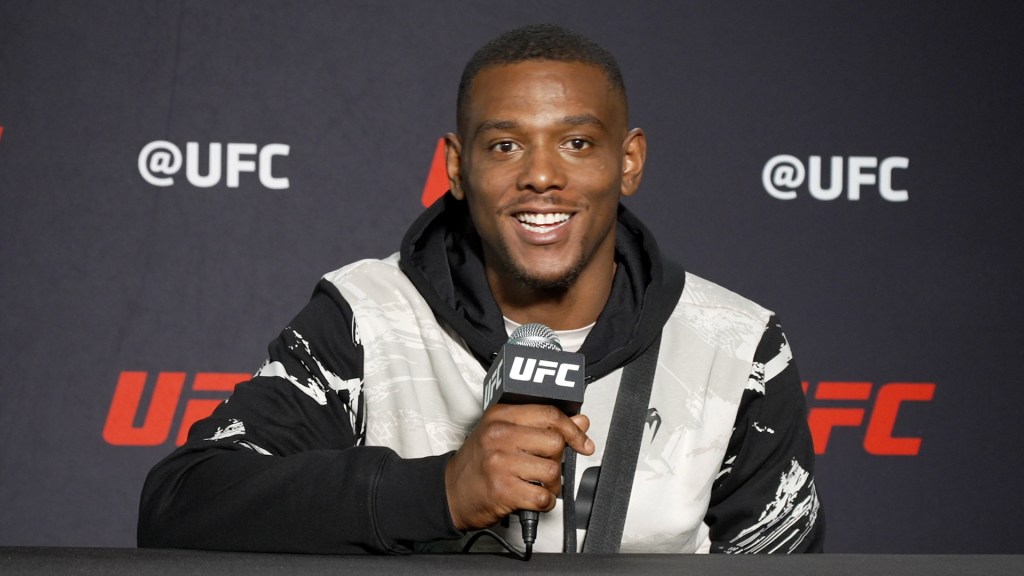 LAS VEGAS – When Jamahal Hill looks over the fighters who came off Dana White’s Contender Series, one name sits atop the list – his own.

Ahead of Saturday’s UFC on ESPN 40 and what will be his second main event, Hill (10-1 MMA, 4-1 UFC) voiced his confidence he is the best alumnus from the series, which is currently in the midst of Season 6.

“I just put it out there because I feel like, to me, it’s true,” Hill told MMA Junkie and other reporters at Wednesday’s UFC on ESPN 40 media day. “I don’t think anybody that’s come of the Contender Series has beat the level of competition repeatedly that I have in the fashion that I have, or have the trajectory that I have. … I don’t know anybody off Contender Series who got (two main events).”

The claim Hill made Wednesday wasn’t the first time. He recently expressed his self-ranking on Twitter, and entered Sean O’Malley into the conversation. While Hill still thinks he’s a step above, O’Malley is on his short-list behind him.

“Outside of myself, the top three Contender Series alums I’d say would be Sean O’Malley, Kevin Holland, and Alex Perez,” Hill said. “… Not so much in that order, but just like that.”

Regardless if he’s the best, worst, or most middle DWCS alum of all time, Hill has a task in front of him Saturday in the form of former UFC light heavyweight title challenger Thiago Santos (22-10 MMA, 14-9 UFC).

The spot is big and it’s possible Hill could set himself up to be in the title discussion with a victory. Even though Santos is 1-4 in his most recent five, Hill is preparing for the best version of his opponent yet.

“I feel like he is a dangerous guy,” Hill said. “I feel like he still possesses that danger and he’s still to be respected. People always talk about the Paul Craig thing (with me). I learned to respect the game. He’s going to get that respect. Know with that respect comes with a lot of f*cking pain and punishment.

“… I don’t give a f*ck, for the simple fact of I’m not going to sit here and be like… what do you think I’m in the gym training like, ‘Oh, he’s not who he used to be, so I don’t have to worry.’ No. I train for him to be the best fighter in the world. It goes with that respect for the game. I’ve heard people say, ‘Oh, he’s not the Thiago he used be, the old Thiago.’ Even if he was still the Thiago Santos that stepped in front of Jon Jones, I’d still whoop his ass. Period. It’s not going to change what’s going to happen – at all.”

UFC on ESPN 40 takes place Saturday at the UFC Apex. The card airs on ESPN and streams on ESPN+.