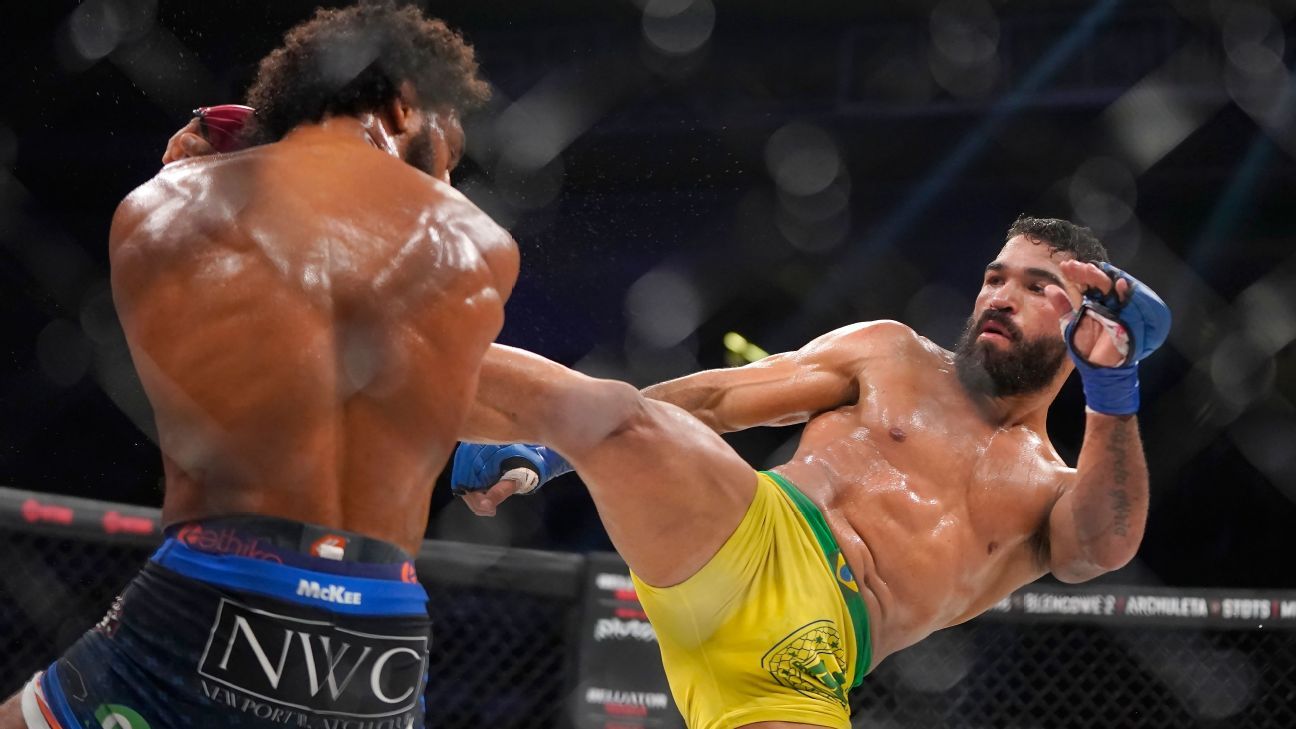 Patricio “Pitbull” Freire‘s third reign as Bellator featherweight champion will begin with a title defense against Adam Borics at Bellator 286 on Oct. 1 in Long Beach, California, the promotion confirmed Wednesday with ESPN.

In addition to the Freire vs. Borics main event, the card will feature former featherweight champ AJ McKee moving up to lightweight to take on UFC veteran Spike Carlyle.

Freire (33-5) is the most accomplished fighter in Bellator history. The Brazilian slugger is a three-time Bellator featherweight champion and former lightweight champion. Freire, 35, beat McKee to take back the featherweight title in April via unanimous decision. McKee had beaten Freire to win the belt in July 2021.

Freire has seven title defenses of the Bellator featherweight belt and has the most wins in Bellator ever (21).

Borics (18-1) has won four straight, including a victory over Mads Burnell in March that earned him the title shot. The Hungarian fighter, who trains out of Florida, owns a 9-1 record in Bellator. Borics, 29, has just one career loss, to former Bellator bantamweight champion Darrion Caldwell in 2020.