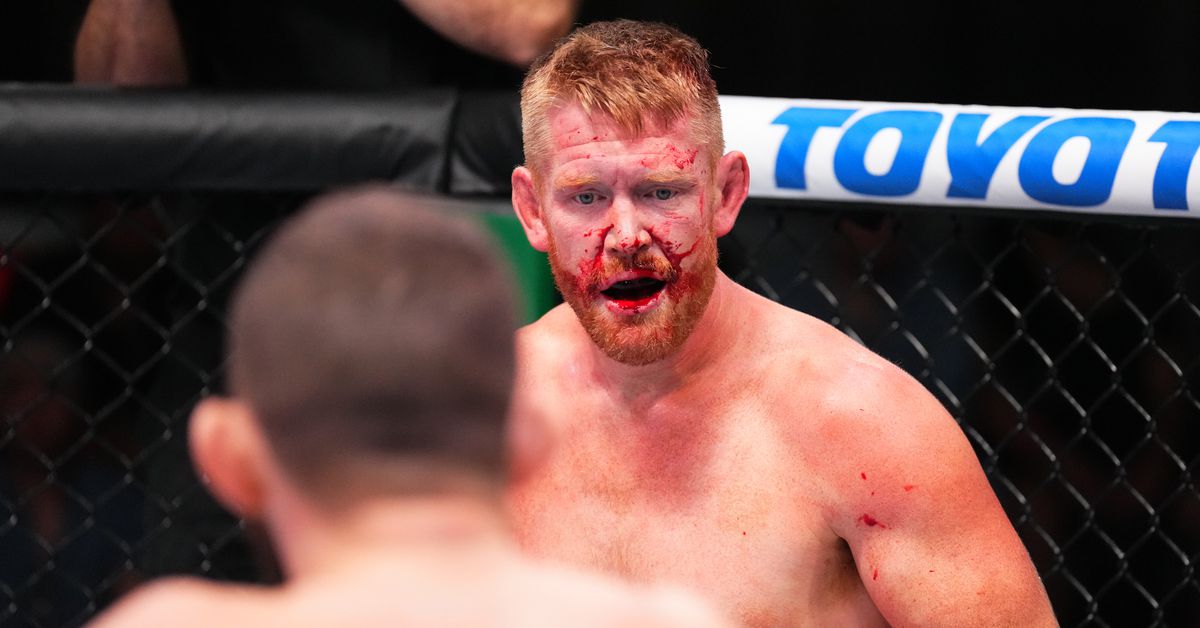 With his latest defeat on Saturday night, Sam Alvey leaves Las Vegas with a record-setting 0-8-1 winless streak, no UFC contract, and a broken jaw.

In an earlier video Alvey suspected the worst he was looking at was a broken tooth. But his opponent Michal Oleksiejczuk did way more damage than that in the two minutes their fight lasted. A new TikTok post from “Smilin’ Sam” reveals that the perennial UFC middleweight broke his jaw off the first punch to the face from Michal Oleksiejczuk.

“At this current moment, I have a broken jaw … from the first damn punch he hit me with,” Alvey said. “Son of a b—h. Likely getting my mouth wired shut. But I tell you, I wouldn’t have picked a different career if I had the opportunity years ago. Still gonna be here on TikTok because I love spreading my wealth of knowledge with you guys. And I think I have some fun with you while doing it.”

Despite all the heat Alvey gets from UFC fans on more adversarial social media networks like Twitter, he’s a surprisingly popular figure on TikTok, where he has over 143,400 followers and 3.1 million likes on his videos.

Alvey has been fighting since 2008 and competing in the UFC since 2014. As his winless streak grew, UFC matchmaker Mick Maynard called him to say that the UFC would let him fight out his contract, but they recommended he retire following the UFC Vegas 59 fight. Despite the one-sided loss and the injuries he suffered, “Smilin’ Sam” doesn’t sound like he’s interested in stopping. Before revealing he’d broken his jaw, Alvey teased a retirement announcement only to troll his TikTok viewers.

“Well guys, I gotta tell you something I don’t think any of you want to hear,” he said. “I actually spent a lot of time last night thinking about this and I’ve finally accepted it myself. I hope you all forgive me, but … I am not the greatest fighter to have ever lived. I tell you, it hurts to say out loud. I was convinced I could beat anybody at any time. And I guess not. I would still say there’s not a person on the planet that likes doing this sport more than me.”

With no more fights on his contract and UFC matchmakers suggesting retirement, this will likely be the last we see of Sam Alvey under the bright lights of the big league. All sports snark aside, here’s hoping he does retire and find a different way to keep participating in combat sports. Sticking around in the cage too long is how you get hurt badly, as that beating from Michal Oleksiejczuk proves.