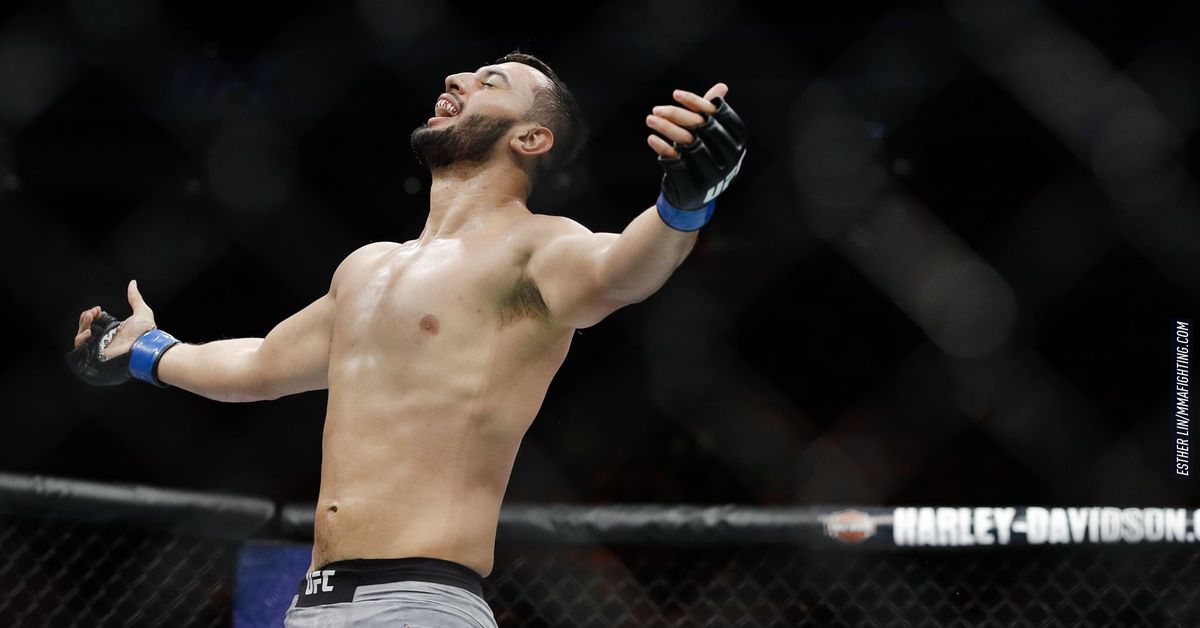 After getting brutally knocked out by now-champion Jiri Prochazka in one of the most exciting fights of 2021, two-time UFC title challenger Dominick Reyes is looking to return this fall.

For Reyes, he just needed to take some time away from the chaos of MMA and the UFC.

“I had to do some soul searching of my own,” Reyes said recently on The MMA Hour. “I had to figure my own s*** out before I could really be in the mix and talking to [the media], because the answers I would’ve given you wouldn’t be true. I went home, got my s*** together, got back to my roots, and I feel good — I feel good about my life, I feel good about my future, and I’m excited about what’s next.”

Prochazka vs. Reyes headlined UFC Vegas 25 in May 2021. After an all-out battle, Prochazka knocked Reyes unconscious with a spinning back elbow to earn a title shot. The Czech standout went on to win the title via fifth-round submission in the main event of UFC 275.

It was the third straight loss for Reyes, who also was on the wrong end of championship bouts against Jon Jones and Jan Blachowicz in his prior two outings.

After getting knocked out in back-to-back fights, the 32-year-old said he wasn’t pondering retirement.

“I never considered not fighting, not ever,” Reyes said. “It was just needing to stop messing around, stop messing around on the streets and just get my s*** together. I never considered not fighting — I did take some time off, but look at Jiri, he didn’t fight until [UFC 275]. Over a year later, he’s barely fought as well. He didn’t get knocked out, I did, but he just stayed out. I’m looking to take a little bit more time and I’m looking to come back around October.

“But I didn’t do anything until [this past] October when I went to Vegas and went and tried out Xtreme Couture. I did a little bit of light sparring with Sean Strickland, which might’ve been his lightest sparring ever, but I went back there and I was the heaviest I had ever been. I was like 245, pretty out of shape, but they were cool, man — good people over there. They helped me get my mind back on the game. From then on, I’ve just been training and enjoying it, really.”

While he may be a bit down because of his previous three bouts, “The Devastator” feels he’s ready to make a big sports comeback.

“I’ve learned lessons, I’ve seen the industry, I’ve seen how things are, and how people are, and it’s really good,” Reyes said. “I feel like the first time, I put too much into how the media perceived me and I cared too much about the fans talking crap, and I made some mistakes there. I didn’t really know what to expect. This time, I’m excited about it.”