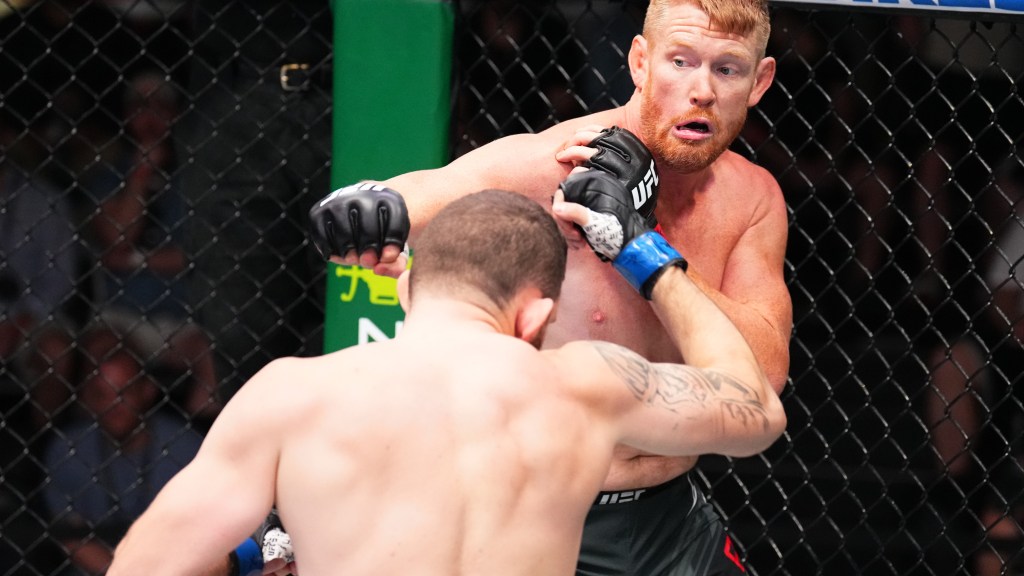 The hits keep on coming for Sam Alvey.

Though physically hurting, Alvey seemed in good spirits when he revealed the injury on his TikTok account Sunday. Alvey said the injuring blow came on the first punch landed by Oleksiejczuk, who finished the bout with punches at

“I spent a lot of time last night thinking about this and I’ve finally accepted it myself,” Alvey said. “I hope y’all forgive me but I am not the greatest fighter to have ever lived. To tell you, it hurts saying out loud. Oh, goodness. I was convinced I could beat anybody at anytime. I guess not.

“I would still say there’s not a person on the planet that likes doing this sport more than me. Although at this current moment, I have a broken jaw from the first damn punch he hit me with. Son of a b*tch. I’m likely getting my mouth wired shut. I’ve got to tell you, I wouldn’t have picked a different career if I had the opportunity years ago.”

UFC on ESPN 40 wasn’t the first time Alvey broke his jaw. In 2015, Alvey was kicked in the face by Sean Strickland while training for a bout against Daniel Sarafian at UFC Fight Night 82. The blow shattered his jaw and resulted in six weeks of wiring. Alvey told MMA Junkie he lost approximately 30 pounds during that time due to liquid diet requirements.

The bout Saturday for Alvey marked the last on his UFC contract. Alvey told ESPN prior to the fight a loss would pocket him $96,000 total from show money and Venum pay. He also indicated he would continue fighting regardless of outcome, though Alvey has not said if that remains the case after he suffered his current injury.