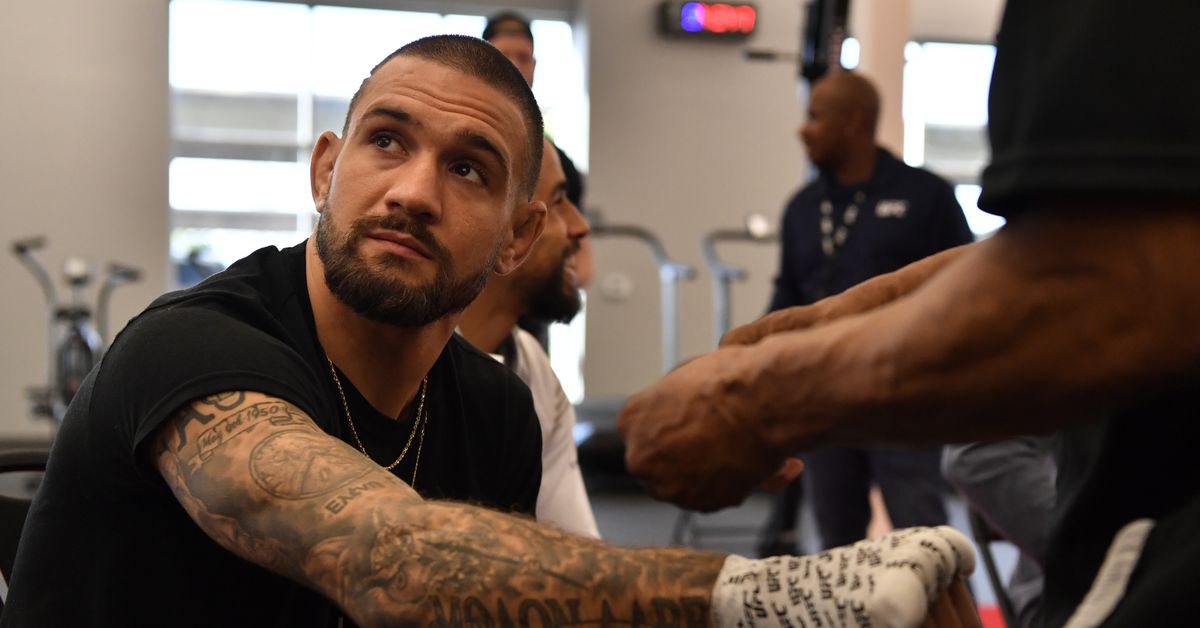 Christos Giagos’ hopes of competing at UFC Paris have been flushed down the drain.

Initially set to compete opposite Benoit Saint-Denis at the promotion’s debut event in France on Sept. 3, Giagos revealed today (Mon., Aug. 8, 2022) that he’s suffered an injury thanks to a mishap involving some home appliances.

“It kills me writing this so I’ll keep it short,” Giagos posted on Instagram. “I was getting some cleaning done and while wiping down a piece of my grill in the trash my hand hit a broken porcelain toilet and gashed my hand open, cutting a tendon in my pinky .

“Unfortunately, due to the severity of the injury I had to pull out of my upcoming fight in Paris. I was praying the damage wasn’t bad so I could still take the fight, but that wasn’t the case.

“I went to a hand specialist today to check the damage and had to undergo a minor surgery to reattach my pinky tendon.

“My focus is to get healed up as fast as possible. As much as this pains me, the only thing I have control over is how quickly I get back.”

Giagos’ scheduled appearance versus Saint-Denis was to be his 12th in the Octagon and his ninth on this current second stint. The 32-year-old Lightweight will have to continue to eagerly anticipate his return, attempting to snap a two-fight losing streak after back-to-back losses against Arman Tsarukyan and Thiago Moises.

UFC’s first show in the country is expected to be a big event as it’s capped off by two pivotal fights in the Heavyweight and Middleweight divisions. In the co-main event, the former 185-pound champion, Robert Whittaker, looks to turn back Marvin Vettori. Then Ciryl Gane looks to rebound off his first career loss against fan favorite, Tai Tuviasa.