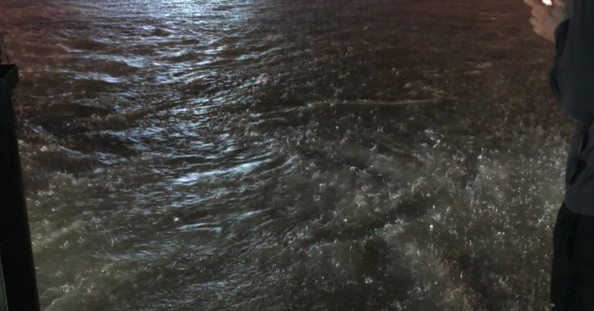 The Korean Zombie has been forced to shut down his gym amid the current flooding in South Korea.

On Monday, record downpours hit Seoul, forcing hundreds of people to evacuate and killing at least eight people, per CNN. Since Monday, Seoul has recorded over 16 inches of rain, at a rate of 5.6 inches per hour, the highest on record. Chan Sung Jung was among those affected by the severe conditions, posting a video to his Instagram account showing his gym flooding.

A few hours later, Jung posted an update to his Instagram story, showing that he’s already begun the clean up of the gym.

CNN reports that floodwaters have mostly receded in Seoul for the time being, but notes that more heavy rain is forecasted this week, where rainfall of 2-4 inches per hour is possible, which could bring more flash flooding to the area.

Jung most recently fought at UFC 273, coming up short in a featherweight title challenge against Alexander Volkanovski. After the loss, Jung hinted at a possible retirement, but has since suggested he wants to have at least one more fight in Seoul, and called for the UFC to make it happen.