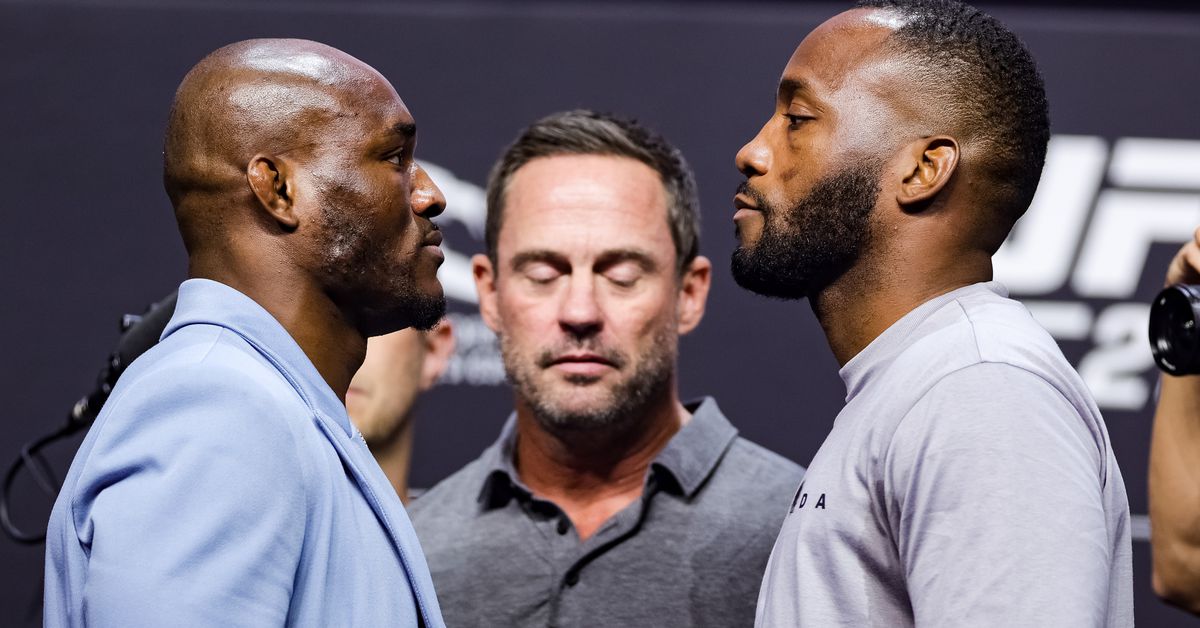 The main card for the UFC’s Aug. 20 pay-per-view has been announced with Usman defending his welterweight championship against Leon Edwards in the headliner. The bout is a rematch of a December 2015 bout that Usman won by unanimous decision.

Usman is currently the No. 1 welterweight in the MMA Fighting Global Rankings and the No. 2 fighter in the Pound-for-Pound Rankings. He is coming off of a unanimous decision win over rival Colby Covington at UFC 268 this past November, a victory that extended his undefeated streak to 19 straight fights.

Edwards has not lost since dropping that decision to Usman, going 10 straight appearances without a loss. He holds recent wins over Nate Diaz, Rafael dos Anjos, and Gunnar Nelson.

Also on the main card, No. 5 Jose Aldo takes on No. 6 Merab Dvalishvili in a bout that could determine the next challenger for the UFC bantamweight title.

See the full card below.