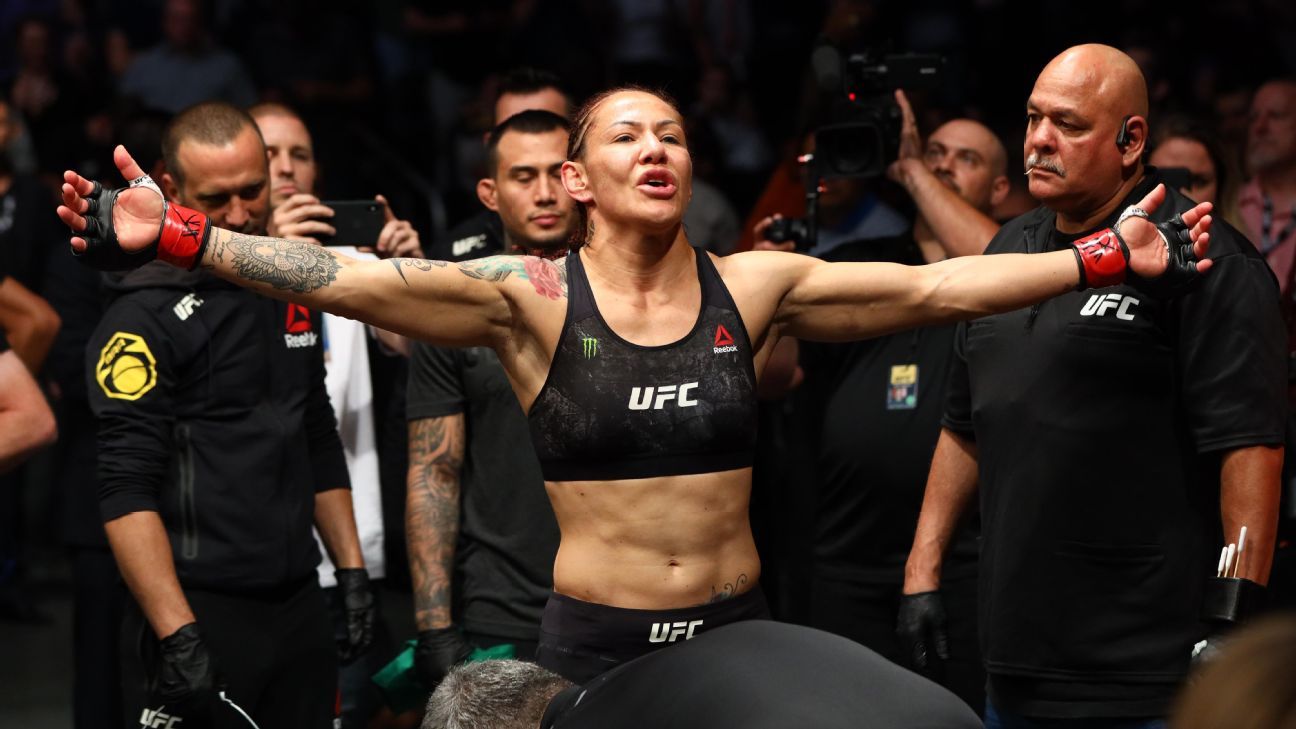 Cris Cyborg‘s next fight won’t be inside an MMA cage — it’ll be in a boxing ring.

Cyborg, one of the best women’s MMA fighters of all time, said on her “The Catchup” YouTube show Monday that she is in the process of finalizing a contract for her professional boxing debut. Cyborg did not mention an opponent’s name, nor a date or location, but said the details will be hammered out “soon.”

“It’s one of my dreams,” Cyborg said of boxing.

Sources told ESPN that it’ll be an eight-round boxing match with two-minute rounds and contested with 8-ounce gloves. Cyborg is currently a restricted free agent in an exclusive negotiating period with Bellator, and sources said Bellator president Scott Coker has given his support for this boxing match.

Cyborg, 37, is currently the Bellator women’s featherweight champion. PFL has made public overtures about putting together a fight between Cyborg and two-time Olympic judo gold medalist Kayla Harrison, with the implication that PFL could potentially sign Cyborg as a free agent. But Cyborg said she has not spoken with PFL at all at this point.

“No, we never have any talks with PFL,” Cyborg said. “We never talked about this fight. I know there’s a lot of talk on the internet about making this fight happens in different ways, but we’ve never had the talk about anything.”

Cyborg did not say she is disinterested in the Harrison matchup, but Cyborg has always been vocal about the positives of her relationship with Coker and Bellator, which she has touted as having the best women’s featherweight division in MMA. Cyborg said on the show that if Cyborg vs. Harrison happens while she is still with Bellator, that would be “great.”

“I’m open to the best fights for my fans,” Cyborg said.

Cyborg (26-2, 1 NC), whose real name is Cristiane Justino, is a former UFC, Strikeforce and Invicta FC women’s featherweight champion. She has four Bellator title defenses and has won six straight fights overall. Cyborg’s only loss since her pro debut in 2005 was to current UFC double champion Amanda Nunes in 2018.