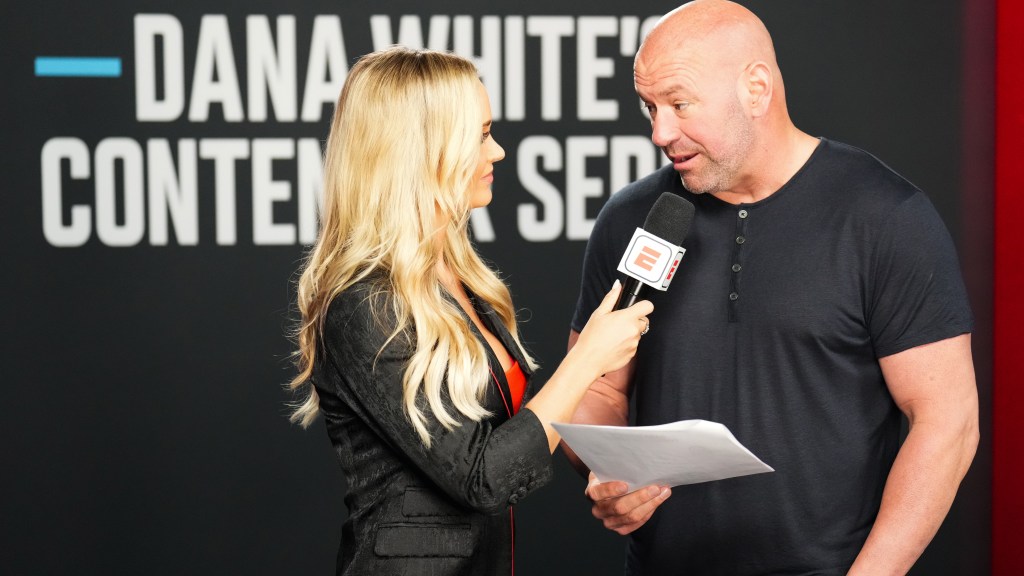 LAS VEGAS – UFC president Dana White believes in Bo Nickal’s abilities as a fighter, but still wasn’t ready to give him a UFC contract on Tuesday evening.

In the feature bout of Dana White’s Contender Series 49, Nickal stepped into the cage for the second time as a professional fighter and made quick work of his opponent Zack Borrego, tapping him with a rear-naked choke in just over a minute.

Typically, that sort of performance is almost a guarantee for a UFC contract on DWCS, however, Nickal’s lack of experience as a pro gave White pause when it came time to issue contracts at the end of the show.

“He’s 1-0, 2-0 now, fought a kid that was 3-0, made it look really easy,” White told reporters including MMA Junkie at the post-fight news conference. “Let’s get him one more fight and let’s test him. (If he) Gets past that with flying colors, we bring him in and we give him a fight in the UFC.

I think only one guy has come in at like 1-0 and did anything and I think it was Brock (Lesnar), and to be honest with you, I don’t remember. Brock was something like that. So, yeah, he’s a stud.”

Nickal entered his DWCS bout with a lot of hype given his credentials as a three-time NCAA Division I champion wrestler. That decorated background is one of the main reasons he was given the opportunity to compete for a shot at the UFC after only one professional bout.

“I don’t know what else he could have done to look any better,” White said. “He looked incredible. The only reason I didn’t sign him tonight is because he’s 2-0 now. … We got eight more weeks of this. Why not have him fight here again, you know what I mean? It just makes sense.”

Instead of extending a UFC contract to Nickal, White will bring Nickal back for a second fight on DWCS later this season. According to White, if he wins the second fight, he will be a UFC middleweight.