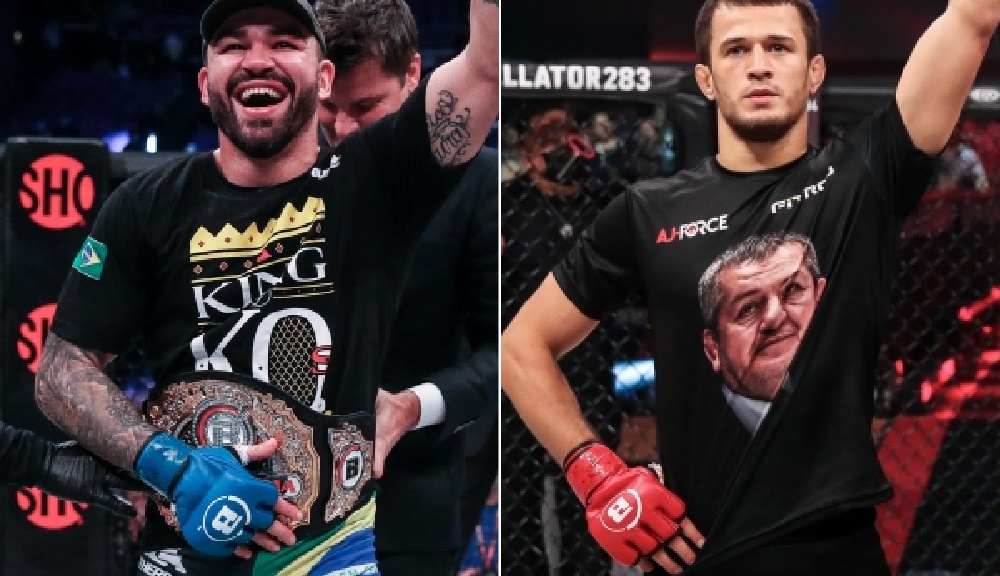 Sharing the cage with Freire will be an undefeated challenger in Usman Nurmagomedov, who has finished his three previous bouts in the first round.

The matchup was first reported by <a href=”

The lightweight title bout is expected to headline the upcoming Bellator event on Nov. 18. The event does not yet have a confirmed venue or location.

Freire, 36, claimed the vacant lightweight title by defeating Peter Queally in the second round at Bellator 270 in November. The crowning moment of his career snapped a two-fight skid, and came after over a decade spent with the promotion. His three previous victories have come by early stoppage.

Nurmagomedov, 24, the cousin of UFC Hall of Famer Khabib Nurmagomedov, has fought under the Bellator banner four times. In his debut with the promotion, he defeated Mike Hamel by unanimous decision, but then ripped through Manny Muro, Patrik Pietila, and Chris Gonzalez in the opening frame.

There are currently no other bouts announced for the Nov. 18 event.