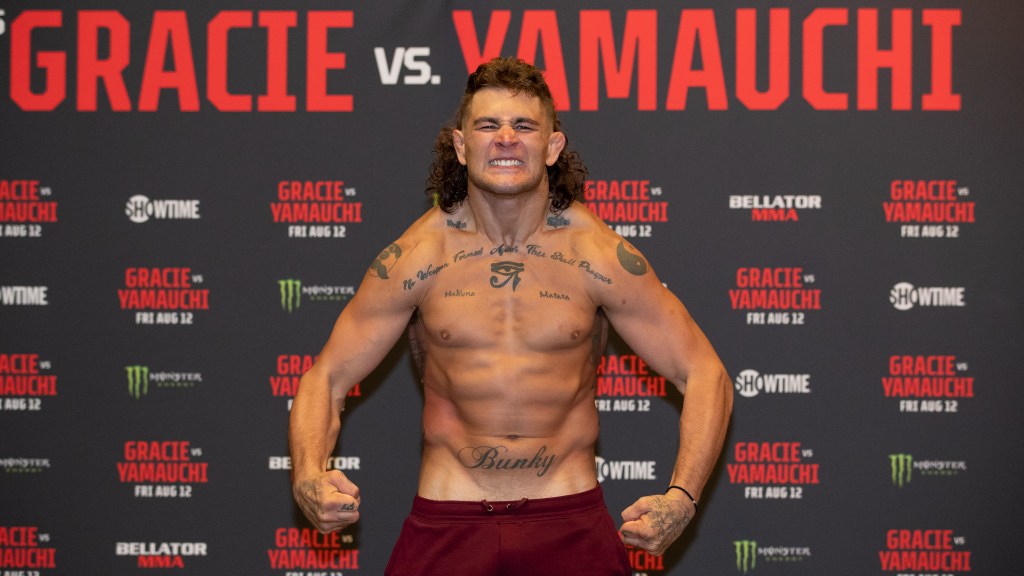 Pat Downey’s MMA debut Saturday was years in the making – and it only lasted 36 seconds.

Downey, a former NCAA Division I All-American wrestler, went for the takedown immediately at the start of the fight. Two double underhooks later, he secured a grip and dumped Nelson to the canvas. After a few seconds in side control, Downey powerfully tore into the mount position. With Nelson mounted, Downey locked in an arm-triangle choke and squeezed. The tap came shortly thereafter.

In his post-fight interview, Downey declared he is coming for everyone in the Bellator middleweight division. He then celebrated with his lone cornerman, former UFC fighter Luis Pena.

Downey, 30, publicly planned a transition into MMA since 2020. A massive talent on the mats, Downey was a polarizing figure away from them.

Legal issues and social media controversies caused a butting of heads with the wrestling community, which Downey claimed “canceled” him as a result. Downey told MMA Junkie in February he had no regrets about his time in wrestling but hoped to live up to his true potential in MMA.

The up-to-the-minute Bellator 284 results include: