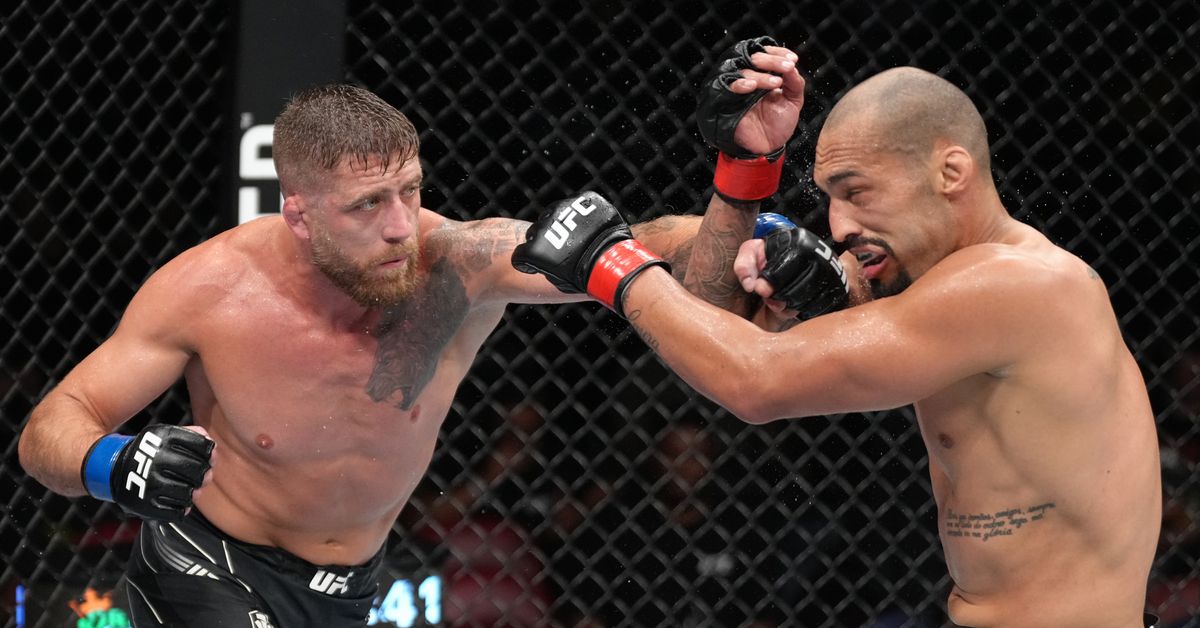 From the first bell, Meerschaert was managing distance well. The Southpaw worked from his backfoot, circling and punting Silva with hard left kicks. He even stuck Silva with some nice straight shots, then finished the round strong with a great takedown and ground strikes.

There were no takedowns in the second, but “GM3” continued to thrive. He really made Silva look sloppy in chasing him, landing the better shots. His momentum built into the third, as Silva was clearly down two rounds. The Brazilian doubled down on his aggression and tried to make something happen, but Meerschaert timed him with a hard left hook.

Silva hit the canvas, and Meerschaert immediately jumped on his neck for the guillotine finish.

Check out the final moments below courtesy of UFC/ESPN.