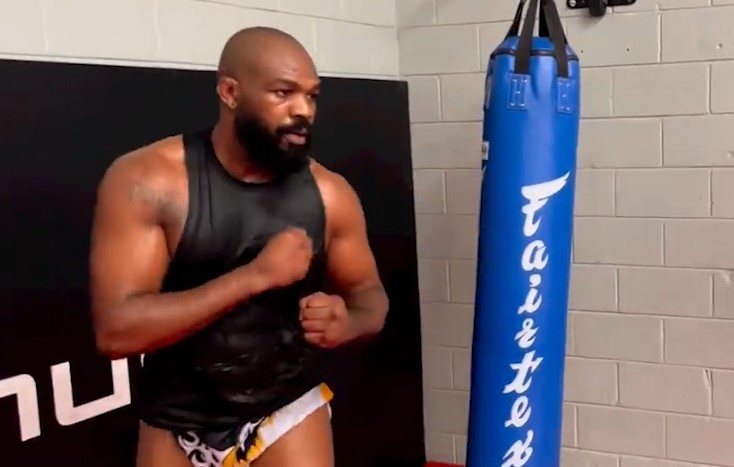 Brandon Gibson is confident Jon Jones’ move up to heavyweight will be very successful.

After conquering the UFC’s light heavyweight division for a decade, Jones decided to relinquish his title and set out for a new challenge. Since August 2020, Jones has been gearing up for his heavyweight debut, and his longtime striking coach Gibson is raving about Jones’ transformation.

“Believe me, Jon is hitting hard, and he’s so skilled right now,” Gibson told Submission Radio. “His skill set’s at an all-time high, and he has so much power and athleticism and stamina on top of it all. I think the fans are going to be really, really shocked and surprised when they see him at heavyweight.”

Gibson says Jones (26-1 MMA, 20-1 UFC) has put on a lot of weight and ranked him above some legendary heavyweights he’s had the honor to train.

“You think of fighters going up in a weight class, and they always put on size and mass and power,” Gibson said. “You look your Conor (McGregor) from his 145 days, going up to lightweight, going up to welterweight. And that’s a 25-pound difference. Jon Jones, his weight is up there right now, and it’s much more than 25 pounds.

“So, he is hitting extremely hard and extremely accurate and technical, and fast. I’ve trained a lot of amazing heavyweights. I trained (Andrei) Arlovski and (Alistair) Overeem and Frank Mir and Travis Browne, and Jon Jones is more powerful, explosive, creative, dynamic than all of them. So I can’t wait to see Jon make that walk at heavyweight. It’s going to be something truly, truly special, and I’m humbled to be a part of it.”

Jones was most recently seen in action in February 2020 when he edged out Dominick Reyes to retain his light heavyweight title at UFC 247. “Bones” has been linked to matchups with former champ Stipe Miocic and reigning heavyweight champ Francis Ngannou for his return, and Gibson sees them both as winnable fights.

“Stipe’s the greatest UFC champion in heavyweight history,” Gibson said. “(He’s) very well-rounded, championship experience. He’s shown so much resilience in the trilogy with (Daniel Cormier) and his ability to come back. And Stipe has a victory over Francis, as well. He’s a great, well-rounded martial artist who’s powerful, who has devastating knockout power in both hands. And then Francis just has that X-factor – his size, his strength, and he can sleep anybody, from any stance, from any angle. He doesn’t need to be balanced or be punching off his back foot. It doesn’t matter.

“So they both have their challenges and their own unique ways, and we’re going to have to take each of them very differently – very differently. But Jon Jones has the skill set to get his hand raised in both of those bouts. There’s no doubt in my mind about it. There’s nobody like Jon Jones at heavyweight. There’s no one as fast, as gifted in all the disciplines like Jon is. And his IQ is off the chart. Not to say that these other guys aren’t smart, brilliant fighters, but Jon Jones’ IQ and comprehension of his game is unlike anybody else’s in the world.”