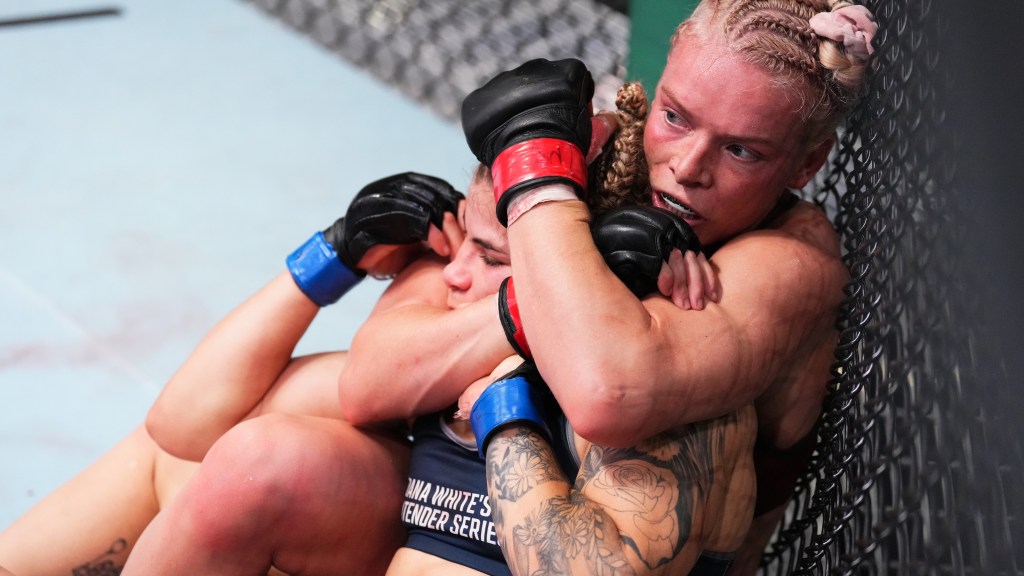 Week 4 of Dana White’s Contender Series (2022) took place on Tuesday in Las Vegas, and we’re grading the winners from the five-fight card, which streamed on ESPN+ from the UFC Apex.

With a simple but digestible format that has had the MMA fanbase responding, this series has shown to have legs in multiple ways while serving as a crockpot for contenders whom the UFC matchmakers can use for future events.

So, with that trend in mind, I will once again be taking a look at the winning fighters regardless of whether or not they won a UFC contract, grading their performances in regards to their probability of returning to a UFC stage. 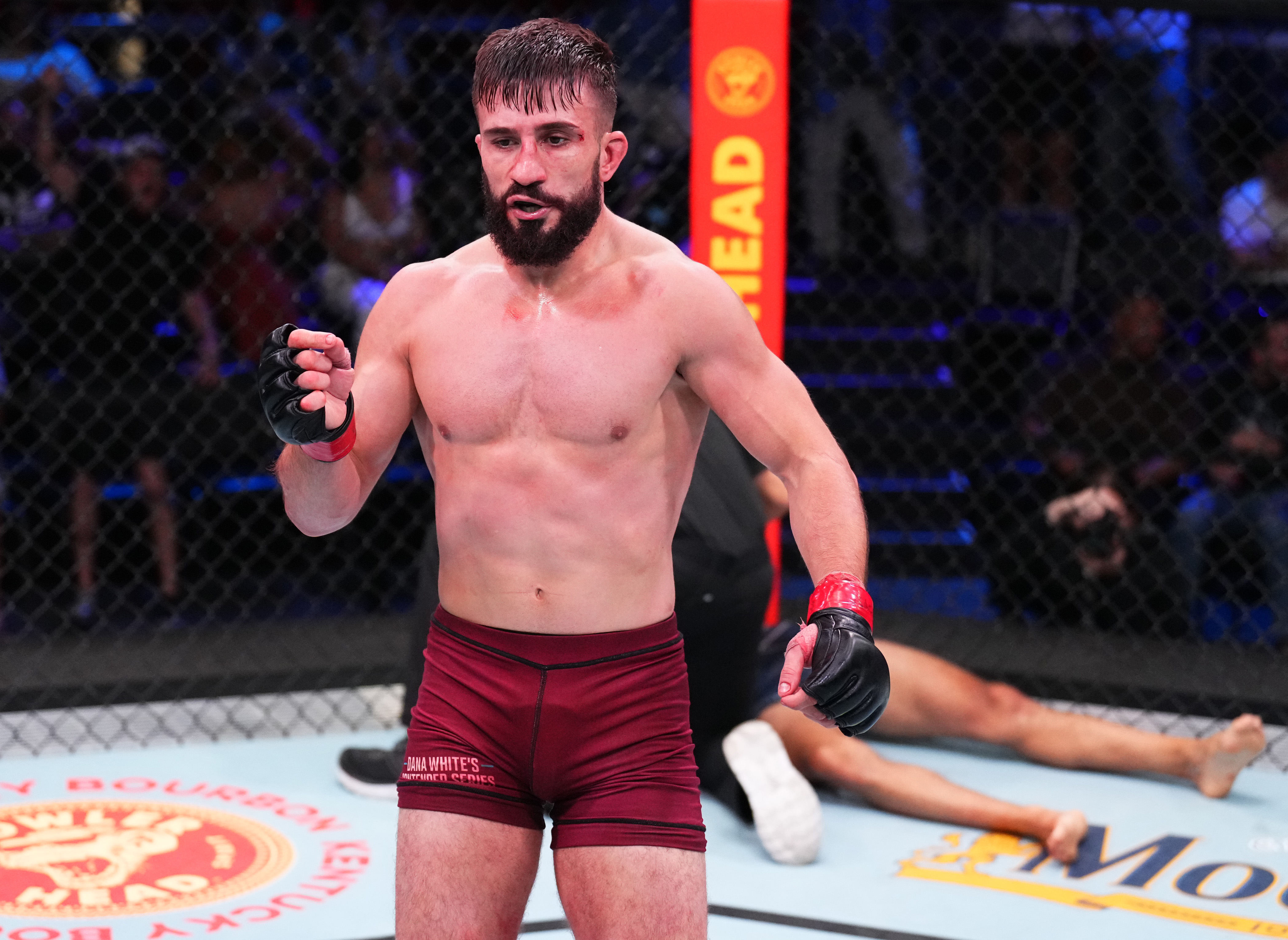 In what ended up being one of the more sustained performances of the evening, it was hard to deny Nazim Sadykhov anything other than an A for dismantling Ahmad Hassanzada.

Hassanzada did his best to survive the striking storms in order to get to his wrestling, but Sadykhov’s takedown defense along the cage held up well as the 28-year-old landed counter elbows whenever possible. Sadykhov also did a decent job of staying composed and not getting frustrated when pressed up against the fence.

Ultimately, it was Sadykhov’s southpaw savvy that got the job done after smartly listening to the bodywork directives given out by his chief cornerman, Ray Longo.

I wasn’t surprised to see Dana White sign Sadykhov, as I’d love to see him matched up with a fellow striker like Viacheslav Borshchev or Mike Davis. 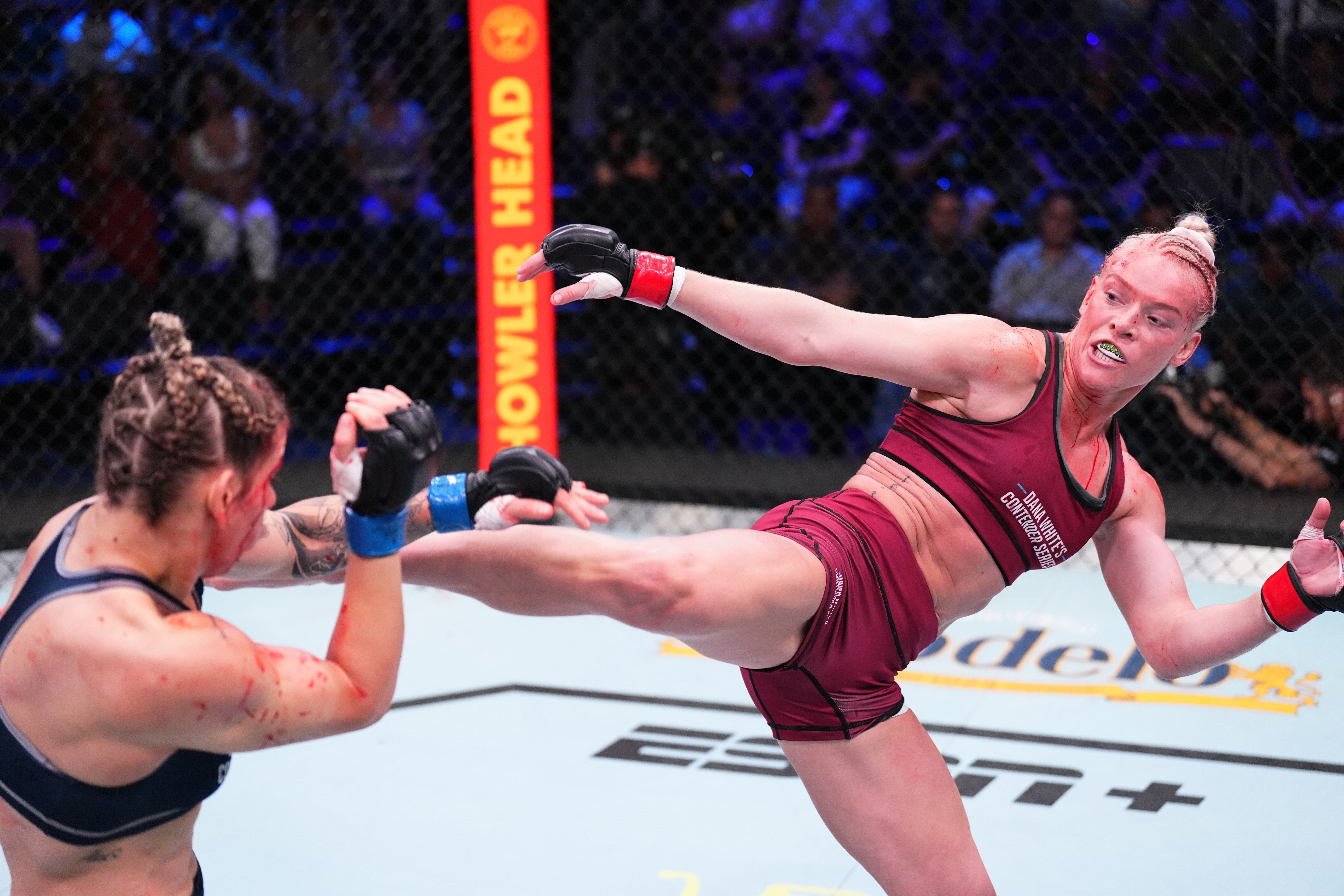 Even though I had a hard time giving Hailey Cowan a higher grading than a C, I believe that there are some solid things that the former gymnast can build on for future appearances.

A solid athlete who fights out of a southpaw stance, Cowan seems to have a good sense of her range and weapons (typically fighting all the way in or all the way out). When operating inside closed quarters, Cowan appears to have a solid base that she can either attack or counter from.

In this appearance, Cowan demonstrated solid elbows from a standing position and an excellent Whizzer-kick reversal when Claudia Leite attempted to take her down in the third. That said, despite the Texas native showing a slightly better scrambling urgency in the final frame, Leite may have shown future Cowan opponents potential pathways to victory from topside.

Although I was admittedly a little surprised to see the UFC president pull the trigger in this spot, women’s bantamweight could use some new blood. With that in mind, I wouldn’t mind the matchmakers pairing Cowan up with another sizeable 135’er like Bea Malecki or Stephanie Egger. 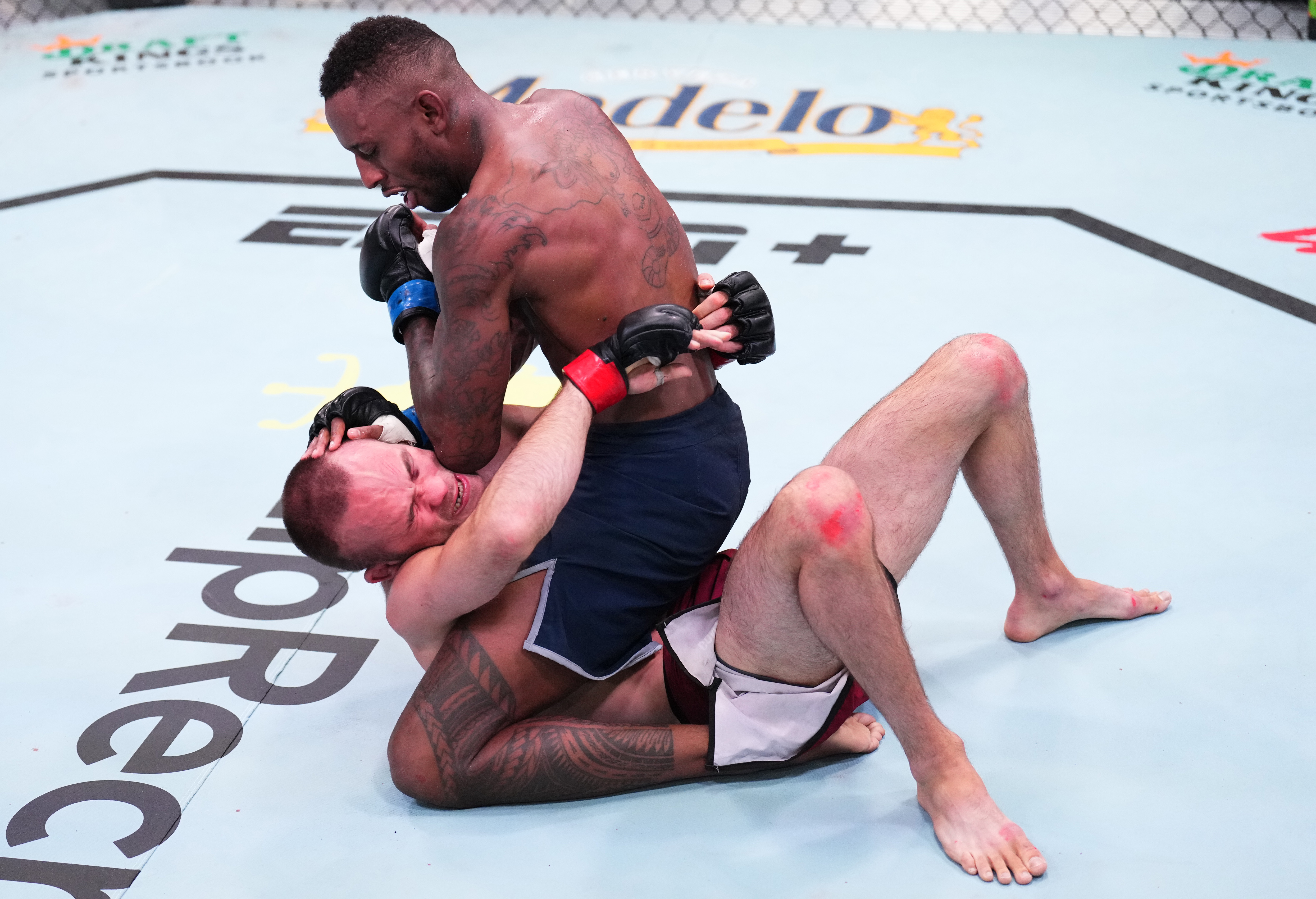 Despite being a bit of a wild, back-and-forth affair, I was happy to see Dana White award Jose Johnson a contract at the end of the night.

Johnson was tasked with taking on another undefeated talent in Jack Cartwright, who earned titles under the Cage Warriors banner. Like many of the lighter-weight talents from his region, Cartwright showed some aggressive transitional grappling to go along with his scrappy spirit.

Even though both fighters displayed a bit of a laissez-faire attitude toward positions throughout the contest, it appeared to cost Cartwright more – particularly toward the end of rounds. In fact, Cartwright was almost stopped at the end of the first after getting caught with some nasty elbows while stuck in a variation of the mount.

To Cartwright’s credit, the Englishman valiantly fought like he was behind despite his corner incorrectly telling him that he was up after the first. That said, I ultimately agreed with the judges for giving the nod to Johnson due to the impact that his strikes clearly had on the fight.

Johnson may make some suspect choices in the heat of rounds, but the 27-year-old is clearly a fun action-fighter who always brings it. I say pair him up with other aggressive bantamweights like Marcelo Rojo or Saimon Oliveira. 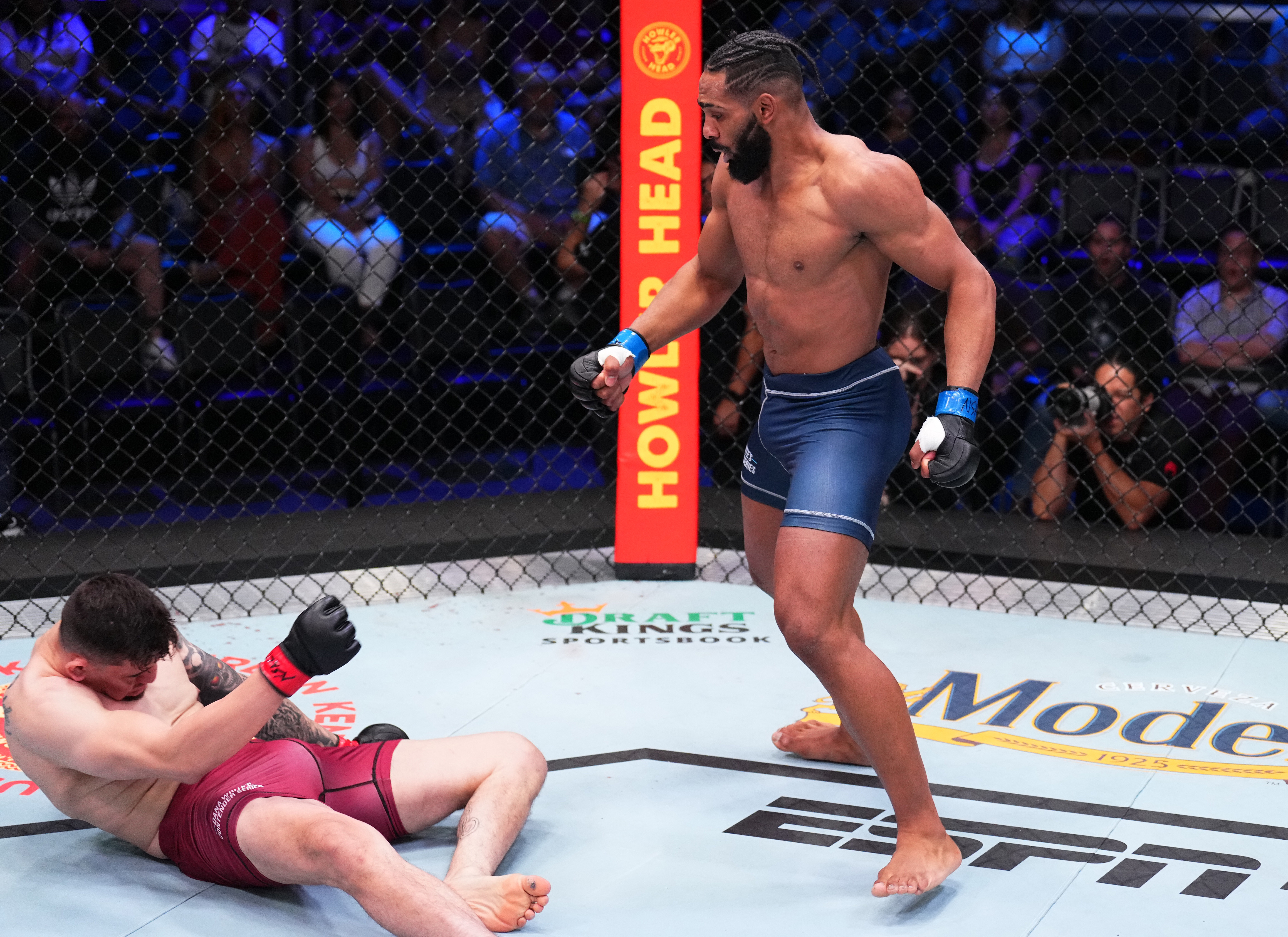 After scoring one of the fastest knockouts in Contender Series history, I felt hard-pressed to give Claudio Ribeiro anything short of an A for his efforts.

Ribeiro took on Ivan Valenzuela, who definitely came to scrap. Unfortunately for Valenzuela, all it took was a de-basing leg kick to throw him off balance, flush into an intercepting left hand. Although Valenzuela wanted to continue, I’m not mad at Jason Herzog for stopping it when he did, as he likely saved the Mexican fighter from further damage.

Ribeiro comes off as the second coming of Yoel Romero, so I’m glad that the UFC president made the easy choice of signing him. Should Rebeiro make a fast turnaround, then expect to see him matched up with someone like Jordan Wright or Dustin Stoltzfus. 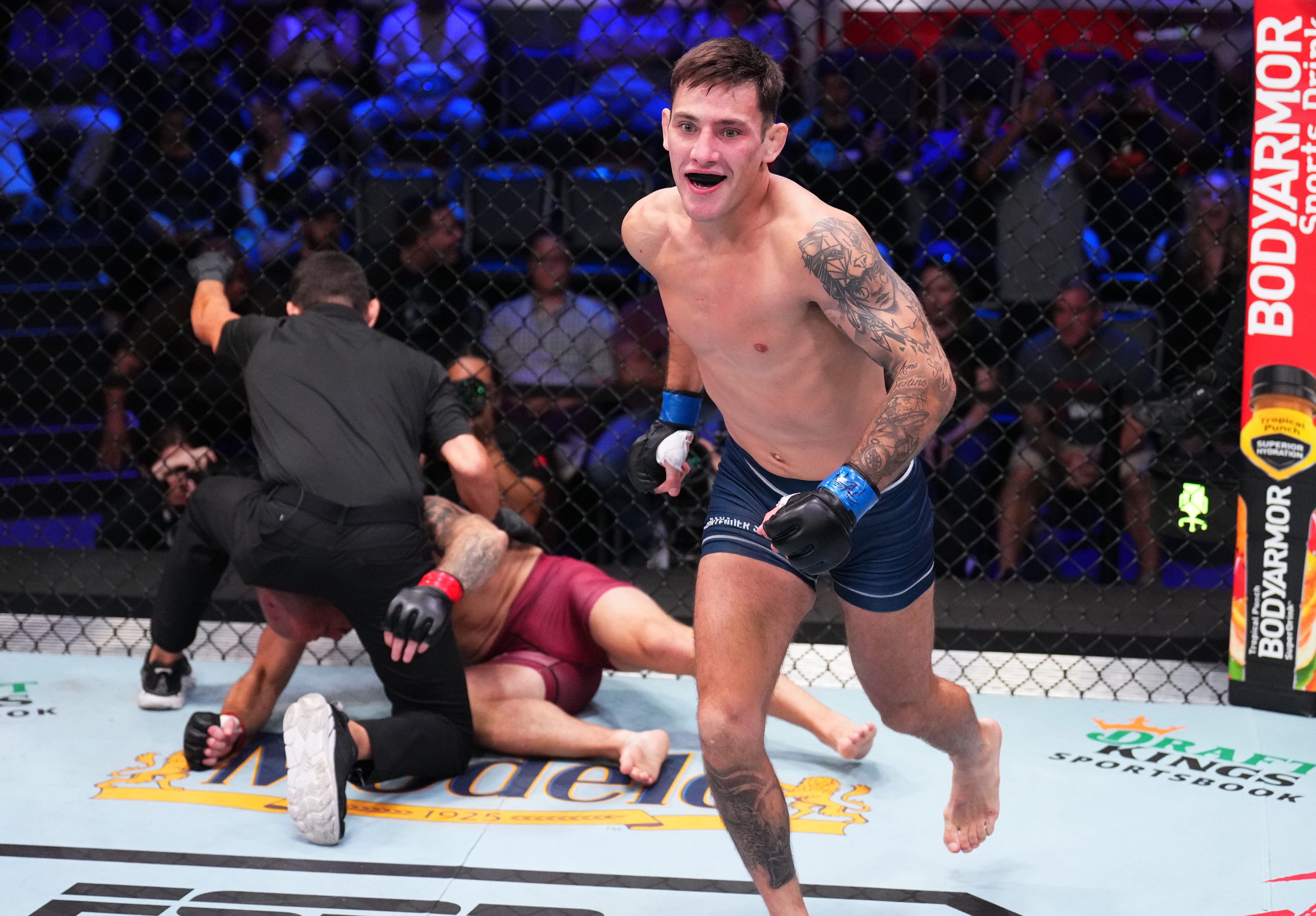 Although the action didn’t last long, I had a hard time denying Esteban Ribovics an A for finishing Thomas Paull in the first round.

The fight started out a bit frantic with Paull finding some early success in exchanges before sustaining an accidental low blow. Both fighters tried to be a bit more measured once the action resumed, but it wasn’t long before Ribovics was able to plant Paull with a perfectly-placed check hook (which was a quiet theme during the evening).

What impressed me most was that Ribovics was operating out of a southpaw stance when landing the finishing shot – a stance that he has rarely shown in previous tape.

Ribovics also has solid submission skills that he didn’t get a chance to show, though I’m sure we’ll see much more from the Argentinian fighter now that he officially has a contract with the organization. Hopefully, we see Ribovics matched with similarly experienced talents like Hayisaer Maheshate or Ottman Azatar in an international affair next.

Bellator 286 takeaways: What’s next for McKee and ‘Pitbull’ Freire?
ONE on Prime Video 2 ceremonial weigh-ins and faceoffs live stream
Coach Khabib in the corner of Islam Makhachev 🗣
Daniel Cormier vs. Brock Lesnar never happened in UFC, but could it in WWE?
UFC Vegas 61 – New Blood!