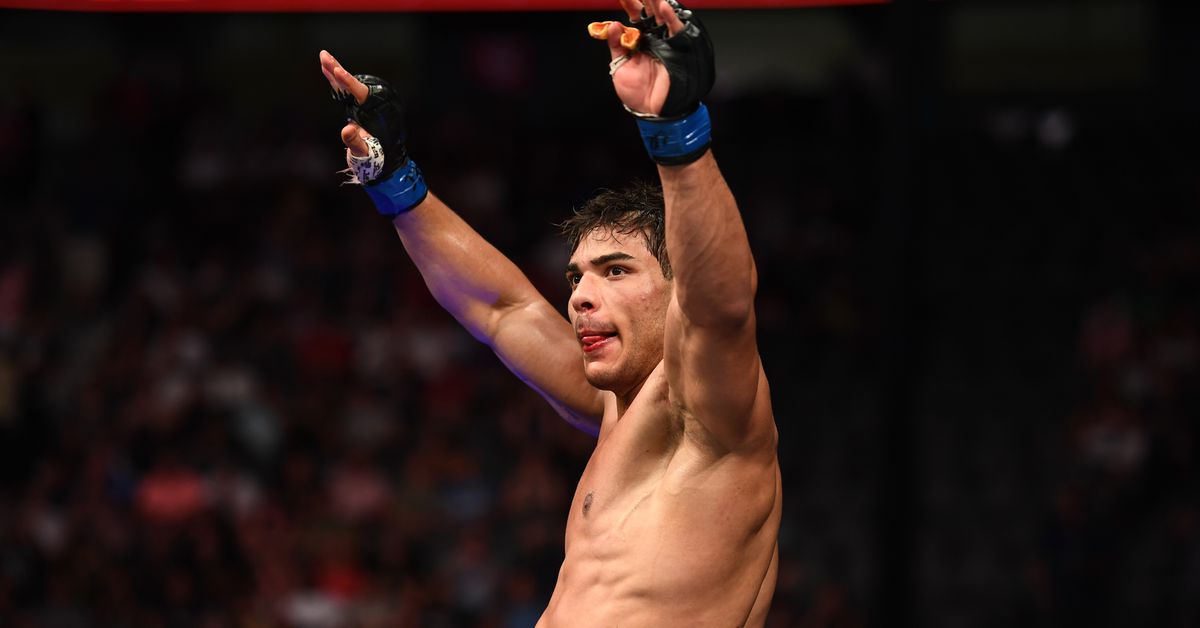 Times have been tough since Rockhold lost the title back in June 2016. He’s fought just three times in the last six years, suffering a pair of knockout losses (to great fighters) and winning just a single time. This is his first fight back at Middleweight since 2018, so it’ll be interesting to see how the weight cut affects his performance at 37 years of age. Meanwhile, with Costa, we’re still left wondering if there will be a weight cut at all! The Brazilian acted a fool in the lead up to his Marvin Vettori fight, but all those weigh-in shenanigans were easier to forget when the actual fight itself was stupidly awesome. Still, if Costa wants to remain a top-ranked Middleweight, he has to actually make weight and win here.

Record: 16-5
Key Wins: Chris Weidman (UFC 194), Ronaldo Souza (Strikeforce: Barnett vs Kharitonov), Lyoto Machida (UFC on FOX 15), Tim Kennedy (Strikeforce: Rockhold vs Kennedy), Dave Branch (UFC Fight Night 116)
Key Losses: Michael Bisping (UFC 199), Yoel Romero (UFC 221), Vitor Belfort (UFC on FX 8), Jan Blachowicz (UFC 239)
Keys to Victory: Rockhold is one of the must brutal top players in UFC history, a terrifying combination of vicious ground strikes and submissions. Seriously, any time Rockhold got on top of any opponent in his UFC career, the fight was over. On the feet, Rockhold has always been a devastating kicker with a nasty check hook.

This match up really illustrates Rockhold’s historic problem inside the Octagon. If he gets on top of Costa, he probably brutalizes him, but does Rockhold have the wrestling to do so? Historically, it’s hard to be confident in his takedowns against such a big and technical defensive wrestler.

Likely, this is a kickboxing match.

In that case, Rockhold’s defense is vital. Still to this day, his best display of boxing came in the first round of his first against Yoel Romero. In the performance, Rockhold doubled up on the jab, pivoted off with strikes, and generally put together combinations far better than at any point previously.

He’s going to need to box like that consistently, as well as rip lots of liver kicks, if he’s to have any chance at upsetting Costa.

Record: 13-2
Key Wins: Yoel Romero (UFC 241), Uriah Hall (UFC 226), Johny Hendricks (UFC 217), Oluwale Bamgbose (UFC 212)
Key Losses: Israel Adesanya (UFC 253), Marvin Vettori (UFC Vegas 41)
Keys to Victory: Costa may be all burly muscle and meathead, but he’s actually more of a volume puncher than pure knockout artist. Sure, the beefy Brazilian hits hard and has the knockout wins to prove it, but it’s an important distinction that body shots and pressure tend to result in those finishes rather than a single heavy connection.

Conversely, Rockhold does not typically like extended exchanges. He’s a fighter who likes to rip a big hook or left kick from distance, reset, and then do it again. Costa has been potshotted previously — by “The Stylebender” — so it’s important that he doesn’t allow Rockhold to play his game in this match up.

Costa has the durability, conditioning and power to pressure Rockhold. He has to do so consistently by focusing on cutting off the cage. Costa has a nice power kick of his own, and he should be ripping it into the Southpaw’s open side to slow him down.

Once Costa finds the pocket, he has to stay there. As Rockhold tries to back away, Costa should be targeting the body and chasing his opponent with combinations. Given Rockhold’s history with the left hook, perhaps the cross downstairs then left hook high would be a smart combination as the aggressor.

Both men are in must-win territory.

Rockhold probably retires with another loss here. He’d be 0-3 across the last five years and just a couple of months away from his 38th birthday — not a good situation for the former champion. At the same time, if Rockhold does defy the odds and take out Costa, that’s a Top 5 win. In a division light on contenders that haven’t been slapped around by the champion, that means something, and Rockhold could find himself in contention once again.

Costa cannot let a fighter from a previous generation on a losing streak take him out. It’s one thing to cough up a loss to Vettori in a badass fight, but this would be an ugly loss. Costa has expressed interest in moving over to the boxing ring, and defeat would certainly facilitate that transition.

If he wants to remain a relevant Middleweight contender, however, “Borrachinha” has to bounce back to the win column.

At UFC 278, Luke Rockhold and Paulo Costa will go to war. Which man has his hand raised?