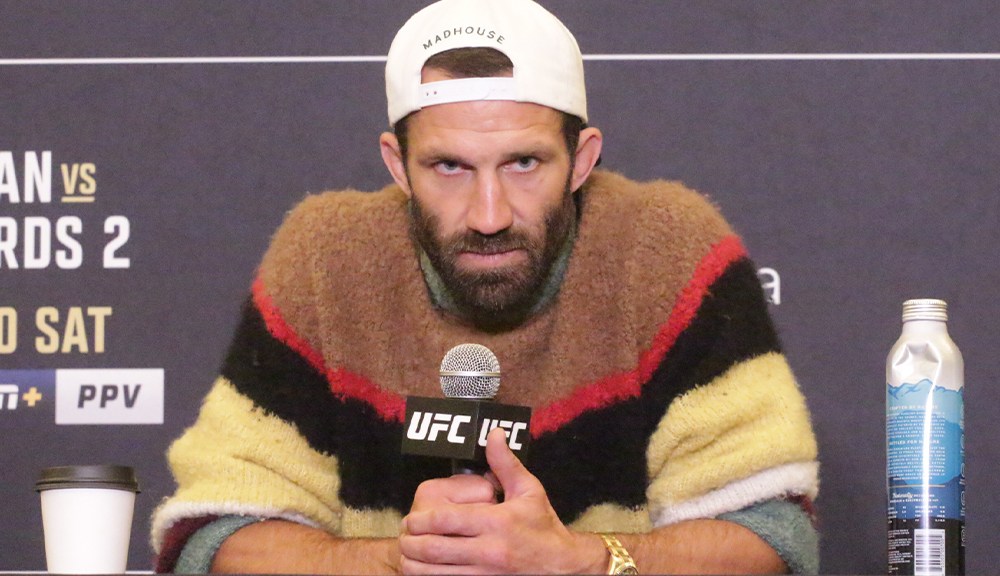 SALT LAKE CITY – Luke Rockhold thinks Paulo Costa is a quitter and he plans on breaking him.

Costa’s most recent outing against Marvin Vettori at UFC Fight Night 196 took place at 205 pounds after the Brazilian had trouble making the middleweight mark. Costa lost that fight by unanimous decision and Rockhold thinks his inability to handle everything was a sign of weakness.

“Adversity makes a man,” Rockhold told reporters, including MMA Junkie, at Wednesday’s UFC 278 media day. “He has not been able to deal with adversity. It’s only getting worse. We’ll see who the man (is who) shows up. This is the real test. The first loss is one thing, and he used weight as a weakness. That’s what he did. He missed weight. He tried to pull the 10 pounds up, and he didn’t use that. That is an advantage he’s trying to seek because he is a f*cking weak-minded motherf*cker. But now the real test is here.”

Rockhold will look to take Costa’s confidence early and thinks he’s too dangerous for him both on the outside and inside.

“Yeah, 100 percent (I’m too dangerous),” Rockhold said. “You saw the recipe with what Israel (Adesanya) did. It’s not forcing the issue, though, like I’ve done in the past – is trying the false sense of confidence, like trying to intimidate right off the bat. Dominick Cruz went in, right off the bat he tried to come off (against Marlon Vera), and it’s not him. He showed weakness, and ‘Chito,’ you knew he was in his head already. So assessing and attacking at the right time, but you’ve got to show that man you’re the bigger man. Like I said – adversity, he does not know how to deal with it.