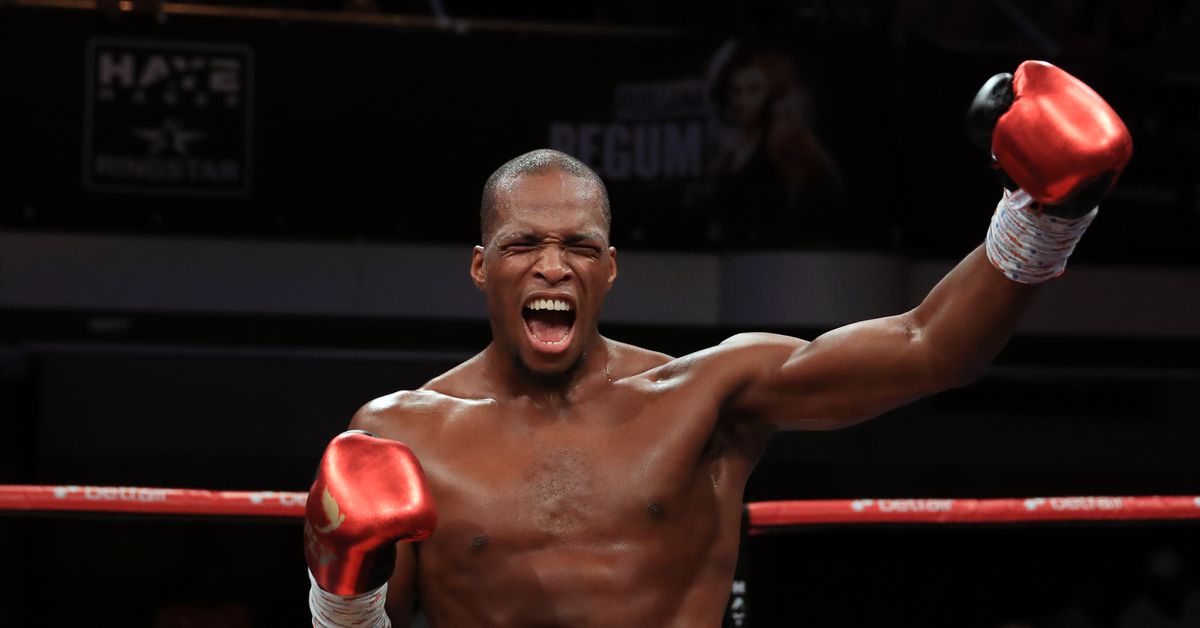 This Saturday Michael “Venom” Page and Mike Perry will face off in the main event of BKFC 27 at the OVO Arena Wembley in London, and with the event just a few days away, the two headliners are champing at the bit to get down to business.

“I think it’s a great fight,” Page said during a virtual face off on The MMA Hour. “One thing I like about him is he’s a great character, great energy. For me, the build up is always exciting when you have somebody who is not boring on the other side. Great character, tough guy, so you know it’s going to be a fight when you get in there. So many people, they have the massive build up and then they get there and they don’t actually want to fight. I don’t think that’s going to be the case with someone like Platinum. …

“Yeah, bro! It’s going to be such an honor to go in there and knock you out! Such an honor,” Perry returned.

“I’ve seen him around. He’s definitely made some viral videos knocking people out in Bellator and like I said, I’m very excited to test my skills against a fighter like him. Long and slippery, and he seems to be smart. He likes to say that some people are too stupid, but I think he knows I’ve got a couple clever tricks up my sleeve, so we’re going to see.”

“I genuinely don’t believe that,” Page replied with a laugh.

“That will be your downfall then,” Perry shot back. “This is going to be a different night for you. This might be the end for you.”

“Only because it’s BKFC. That’s the only reason it’s different,” Page said. “Outside of that, it’s just another fight. I’ve been fighting all my life. It’s nothing. It’s another walk in the park.”

Both Page and Perry have some professional boxing experience, but this will be the first bare-knuckle fight of Page’s career, while Perry had his first bout in BKFC earlier this year, winning a unanimous decision over Julian Lane. Perry believes that his experience in the bare-knuckle world gives him a decided advantage.

“I think he’s here to find out some things about himself, to see if everyone he’e been fighting over the years are cans like everyone on the internet says about him,” Perry said. “I could care less about his past fights or anything, because Saturday night he’s going to be in front of me and I’m going to teach him a few lessons. I’m the teacher this weekend. He thinks he’s going to show me something.”

“I don’t miss nothing. I see everything,” Perry returned. “I look it right down the barrel and I take every shot in the face, because I don’t let people set me up…”

“Your face says otherwise,” Page shot back. “You see it all, but you’ve been hit way too much.”

“Your head looks like a ball sack,” Perry returned after a brief pause. “You look like testicles and the hair on your chin looks like gooch hair, and I’m going to shove my fist up your ass.”

The interaction between the two carried on in much the same manner, with Page at one point calling Perry “delusional” and suggesting that “the drugs you take are very strong,” while Perry offered that “there’s nothing I want more than to get in there and put my hands on that scrotum-face,” and promising to “twerk on” Page after he KOs him.

But underneath the back-and-forth, there is a level of respect from both men.

“I thought it was very admirable that you got defeated and you came back and you fought [Douglas Lima] and you got the victory,” Perry said. “That’s awesome. It’s one of the reasons that I’m excited to fight you, because it shows your heart and your grit. And I’m going to show the world how much grittier I am.”