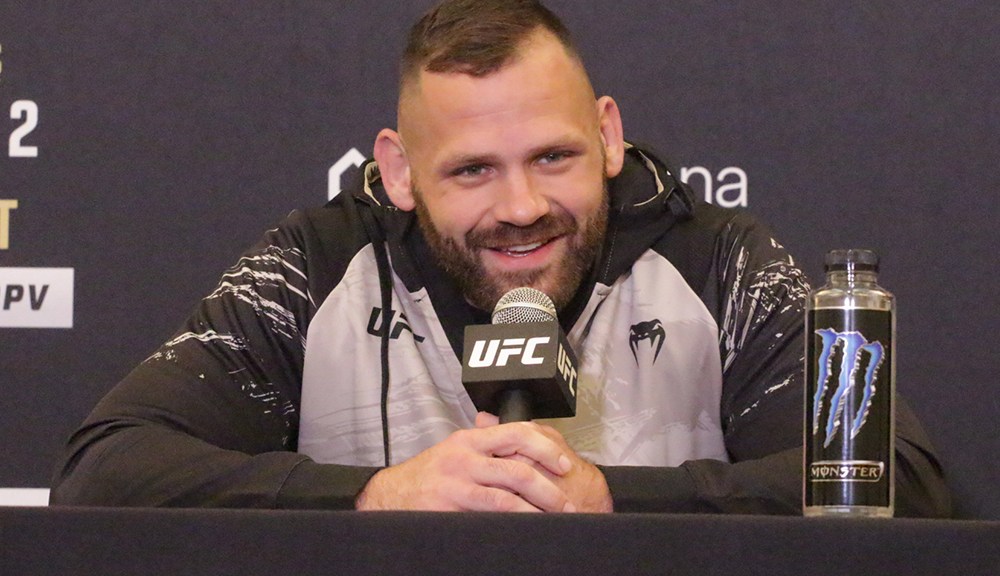 SALT LAKE CITY – Harry Hunsucker finds it funny that the UFC keeps matching him up against fighters from the Australasia area.

Australia’s Pedro (8-3 MMA, 4-3 UFC) will be the third fighter Hunsucker will fight from that region. The Kentucky native dropped his first two UFC fights to Tai Tuivasa and Justin Tafa.

“Man, they’re all tough fights,” Hunsucker told reporters, including MMA Junkie, at Wednesday’s UFC 278 media day. “If you end up here, every fight you’re going to get in is tough. It’s obviously a tough matchup. I don’t know what Australia and New Zealand (have) got against me, but I’m not the man to say no. If anybody’s known me my whole life, I’m not the guy to say no to anything. I step up any time they ask me. I’ve never said no, and you can ask Mick Maynard that. I’ve never said no, no matter the case, so it is what it is.

“I just want to know what the hell is going on, man. We couldn’t get anybody else? Australia is the only place they could find me a fight from? Again, it is what it is. It doesn’t matter who they are or who they’re from, I’ve never said no to a fight my whole life.”

Despite losing his first two octagon bouts and in the search of his first UFC win Saturday, Hunsucker isn’t feeling any pressure.

“I don’t care,” Hunsucker said. “It doesn’t matter, at the end of the day. I’m going to come out, put on my best performance that you guys have ever seen me, and I’m going to shock the world – I promise you.”