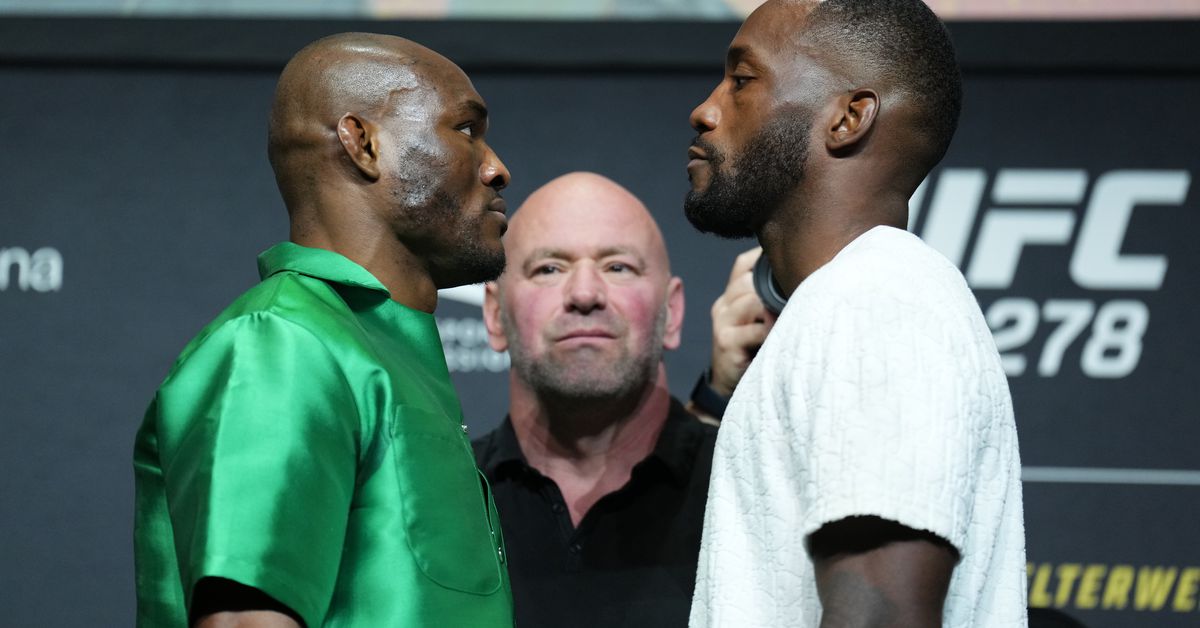 This weekend (Sat., Aug. 20, 2022) at UFC 278, the Welterweight title is on the line. Headlining the event will be reigning 170 pound kingpin, Kamaru Usman, who attempts to earn a sixth straight title defense and tie the record for most consecutive UFC wins at 16. Standing in his way will be No. 3-ranked contender and old foe, Leon “Rocky” Edwards. In the pay-per-view (PPV) co-main event, Middleweight action fills the spotlight as the one-time title challenger looks to get back in the win column after dropping two in a row. The same can be said for his opponent, former champion, Luke Rockhold, who returns for the first time since March 2019.

Also in attendance at today’s (Thurs., Aug. 18, 2022) pre-fight press conference were top Bantamweights contenders, Jose Aldo and Merab Dvalishvili. A win for either man puts them firmly in front of the line as the potential next challenger for the winner of UFC 280’s title tilt between Aljamain Sterling and T.J. Dillashaw.

Also on the main card will be the return of the Czech Republic’s Lucie Pudilova, who faces China’s Wu Yanan in a 135 pound affair. Opening up the five-fight stretch will be Light Heavyweight action, seeing Tyson Pedro and Harry Hunsucker go toe-to-toe.