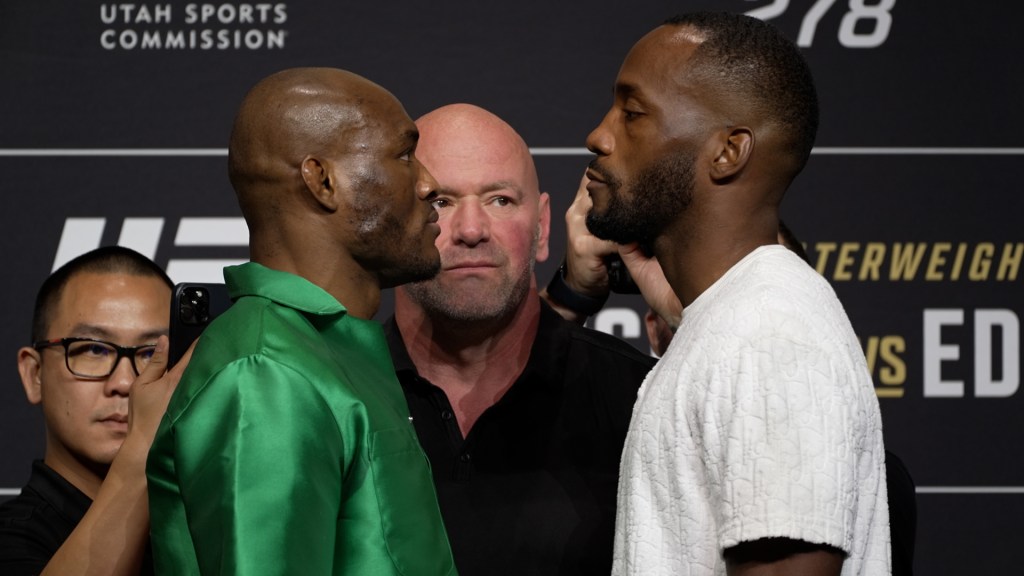 Ali Abdelaziz says Kamaru Usman would have a tougher time against Leon Edwards than the UFC light heavyweight champion.

With a win over Edwards, Usman is contemplating moving up two divisions to challenge for the 205-pound title currently held by Jiri Prochazka (29-3-1 MMA, 3-0 UFC). Abdelaziz, his manager and head of Dominance MMA, thinks Edwards is a harder fight for Usman than Prochazka.

“I think Jiri is an easier fight than Leon,” Abdelaziz told ESPN. “In my opinion, stylistically, I think Leon is a tougher matchup. Jiri – he’s tough, he’s talented, he’s exciting. But for Kamaru, he’s easy.”

UFC president Dana White recently said he wouldn’t stop Usman from going after such a lofty goal, and Abdelaziz thinks the No. 1 pound-for-pound fighter has earned the right for such an opportunity.

“Kamaru and Dana, they have so much respect for each other, and honestly, this conversation is above my pay grade,” Abdelaziz said. “Kamaru, he has to win first. So many big fights (are out there), and they’re going to talk. They have a good relationship. They can talk. They’re big boys, and I’m there to assist if they need me.

“But at the end of the day, whoever in history skipped a weight division and go and win it? It’s about making money. It’s about big fights. You think this will be a big fight? And listen, Kamaru said, ‘I will defend it.’ So it’s not like he’s going to win and run like Georges St-Pierre did. But he will defend it. If anybody deserves to move to a different weight division, it’s Kamaru.”