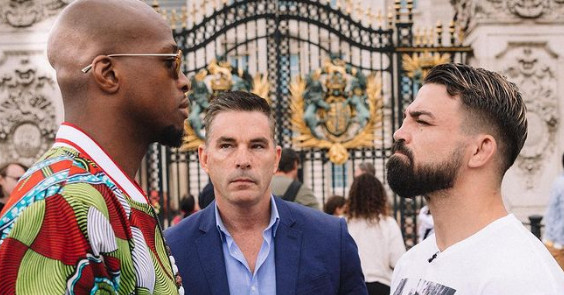 Michael Page will make his anticipated bare knuckle boxing debut against Mike Perry this weekend at BKFC 27 live on FITE.tv pay-per-view (PPV) from London, England, and he already believes he has a mental edge over “Platinum.”

Page, who is best known for knocking out cans in Bellator MMA, is testing his luck at the sweet science of bare knuckle fighting this weekend in London. “MVP” will be asked to take on Perry in the main event. This will be Perry’s second trip to the BKFC ring after defeating Julian Lane in his debut this past February.

Having competed in MMA for over 10 years along with his career in professional kickboxing and boxing, Page is confident entering his BKFC debut in front of his home crowd. In fact, Page believes that Perry is experiencing a plethora of nerves having followed “MVP’s” career over the years. Page may be a little self-absorbed for his outlook, but he is one of the biggest names Perry has ever fought in his career. It would only be right for “Platinum” to feel some nerves, especially given Page’s capabilities on the feet.

“He’s actually called me out, which I found out recently. He’s called me out before he went into the UFC. I’ve obviously been a highlight in his career for a long time, where I just heard of him. I’ve seen him because more so from his personality than his actual fighting. And of course, I went and watched his fighting – typical tough guy, but great personality here.”

Page, 35, was last seen at Bellator 281 this past May when he lost to Logan Storley via split decision for the interim welterweight title. That loss snapped a six-fight MMA win streak for “MVP.” The English fighter will be looking to get back into the win column this weekend at BKFC London and prove that he can change Perry’s tough-guy mentality with a little bare knuckle pressure.

“He’s going to come forward and fight until they feel what I’m like in there, until they get frustrated, until they get hit with certain shots they didn’t think I would be able to land, then it changes,” Page said. “His personality will change.”

How do you think Page vs. Perry will play out tomorrow at BKFC London?