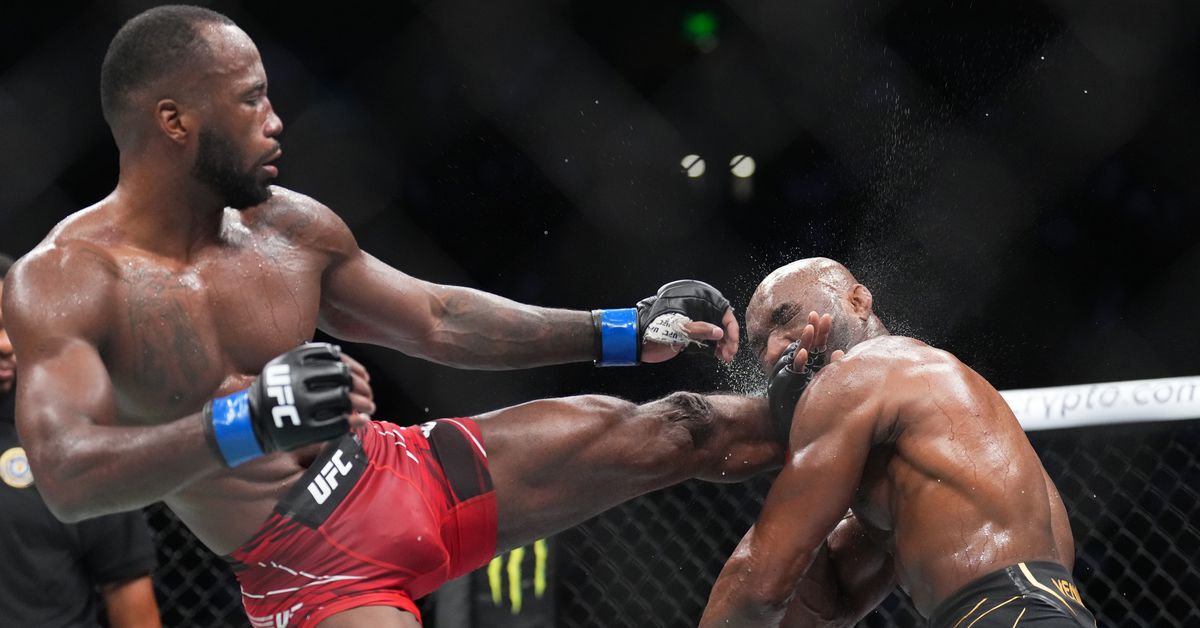 Leon Edwards pulled off one of the all-time great comeback wins at UFC 278, landing a head kick knockout on Kamaru Usman in the final minute of their fight. Usman was winning three rounds to one on all judges’ scorecards, but that didn’t stop “Rocky” from turning his lights out and taking the welterweight title (watch the finish here).

It might have seemed like a lucky shot to those that don’t appreciate how technical Leon Edwards and his team are. But video from former double-champ Henry Cejudo shows Edwards’ coach calling for the head kick and Edwards delivering, knocking Kamaru Usman out cold.

It was a stunning turnaround for a fighter that was declared broken and done by commentators in the fifth round. You can see Kamaru Usman’s manager reacting in disbelief in the background.

“If it wasn’t obvious enough, Leon is broken now,” analyst Din Thomas said on-air. “And the biggest tell that you can always know this is because he doesn’t give his coach eye contact in the corner. When you don’t give him eye contact, you’re ashamed. And he’s embarrassed right now of his own performance.”

“We wrote his obituary,” a stunned Daniel Cormier declared after the finish.

“You know my path and how it went,” Leon said at the UFC 278 post-fight press conference. “And I said it this week: I believe that was the way it was meant to go to build me into the man that I am today. Build my mental toughness and even though that was one of my worst performances — I did not feel good in there tonight — I knocked out the pound-for-pound, so … it is what it is.”

“My coaches spurred me on, just kept reminding me that ‘You’re still in the fight, you’re the best,’ and ‘Fight to the end,’ and that combination, I was drilling with my coaches, with Henry [Hooft] and our coaches, that cross-head kick. And it landed perfectly.”

Leon Edwards snapped a 19-fight win streak for Kamaru Usman, 15 of which were in the UFC. “The Nigerian Nightmare” defended his belt five times, and was a minute away from earning a sixth successful defense before everything turned on that one tricky kick.

There’s no doubt that Edwards and Usman will fight again, given the sudden change in fortune and Usman’s three-and-a-half year reign as the best welterweight in the division.