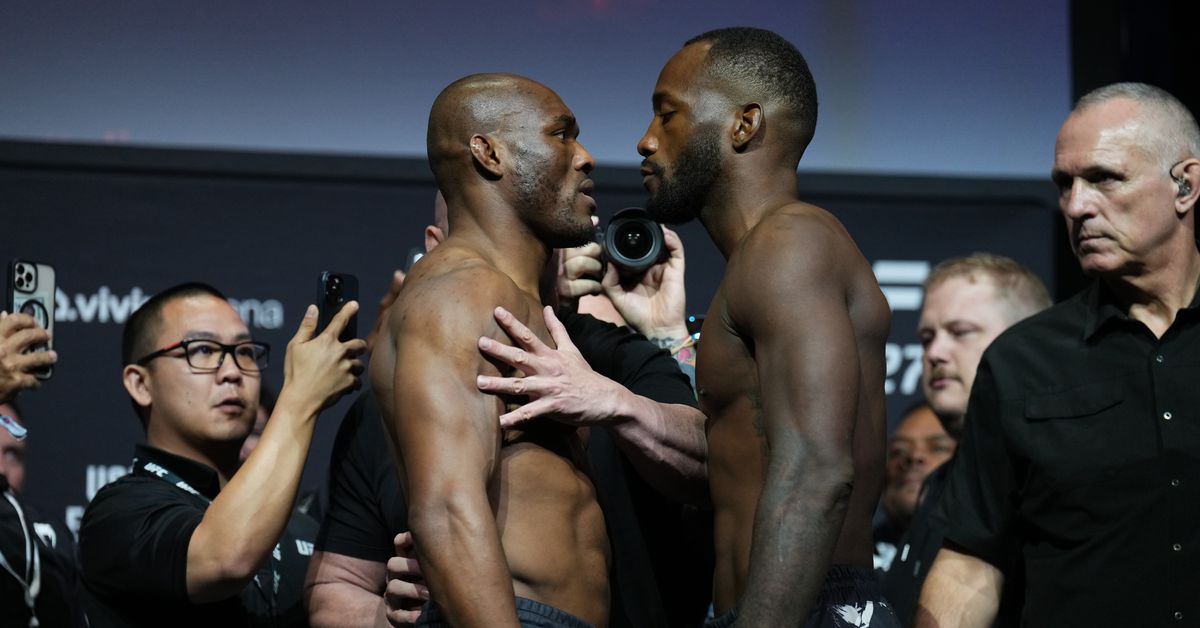 MMA Fighting has UFC 278 results for the Usman vs. Edwards 2 fight card, live blogs of all the main card fights, and live UFC 278 Twitter updates from Vivint Arena in Salt Lake City, Utah.

In the main event, UFC welterweight champion Kamaru Usman will square off against Leon Edwards for a second time. Usman is aiming for his sixth straight title defense, while Edwards is 9-0 with one no-contest over his past 10 fights.

Usman defeated Edwards via unanimous decision in their previous meeting at UFC on FOX 17 on Dec. 19, 2015.

Former UFC champion Luke Rockhold makes his long-awaited return when he faces Paulo Costa in a middleweight contest in the co-main event.

Check out the UFC 278 results below.