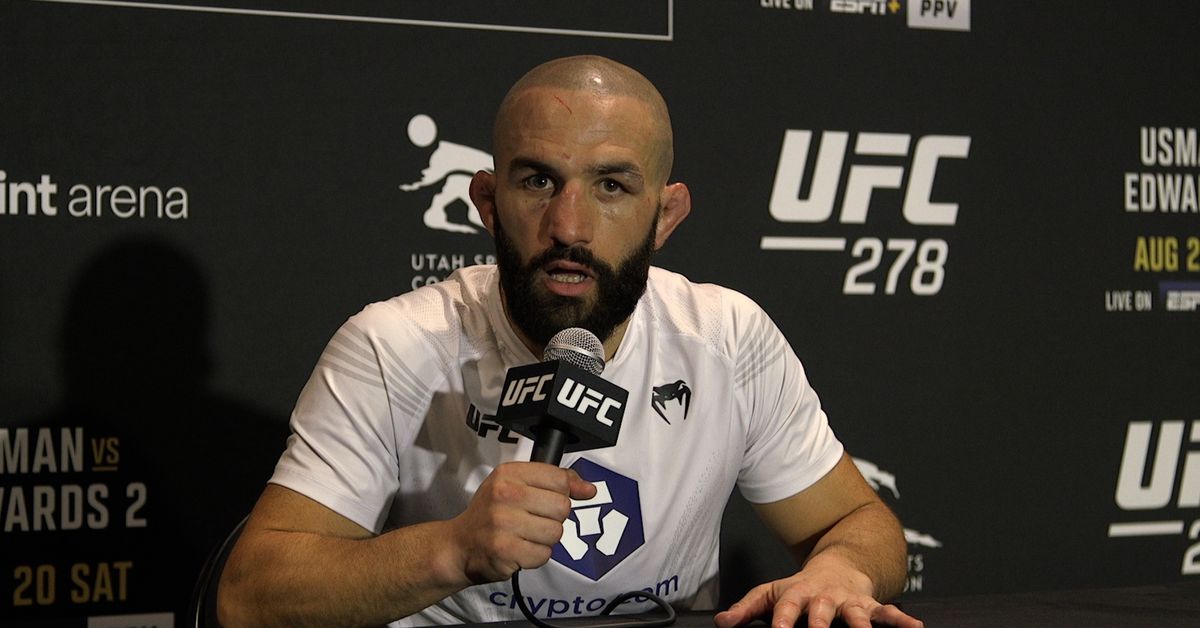 SALT LAKE CITY — UFC lightweight Jared Gordon speaks with reporters backstage at Vivint Arena to recap his unanimous decision win against Leonardo Santos on the preliminary card of UFC 278. “Flash” discussed picking up his fourth victory in five fights, still hoping he can fight Paddy Pimblett, feeling like they can raise awareness for mental health throughout the build to the matchup, and more.

Alex Pereira vs Israel Adesanya rematch booked for UFC 287
Volkanovski on Islam fight: ‘People have forgotten what I have accomplished’
5 biggest takeaways from UFC 283: Can Deiveson Figueiredo make an impact at 135?
Sage Northcutt books MMA return 4 years after brutal KO
Johnny Walker Not Afraid Of Paul Craig’s Ground But ‘Not Going To Play Jiu-Jitsu’ | UFC 283