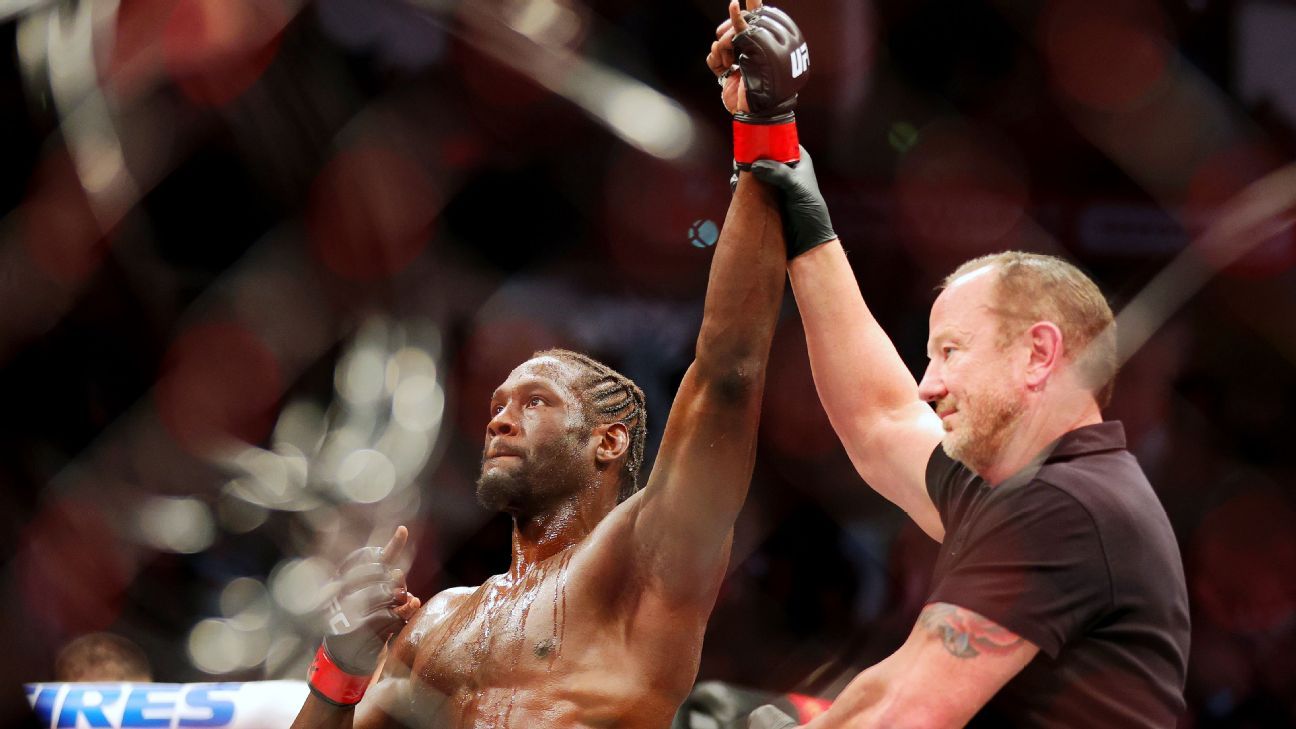 The UFC has announced a middleweight matchup between Jared Cannonier and Sean Strickland for UFC Fight Night on Oct. 15.

The 185-pound contest, which the UFC announced on Monday, will headline the UFC Fight Night event. The promotion has not revealed a location, but it will most likely take place in Las Vegas.

Cannonier (15-6) is coming off a failed title bid against Israel Adesanya at UFC 276 in July. The 38-year-old middleweight had won five of six going into that fight, but he ended up losing all but one round to the current champion. Born in Alaska, Cannonier trains with MMA Lab out of Glendale, Arizona.

Strickland (25-4) also suffered a loss at UFC 276. He fought former kickboxing champion Alex Pereira on the main card and lost via knockout at 2 minutes, 36 seconds of the opening round. That loss snapped a six-fight win streak for Strickland, who trains out of Xtreme Couture in Las Vegas.

Adesanya’s next title defense will come against Pereira in the main event of UFC 282 on Nov. 12 in New York.