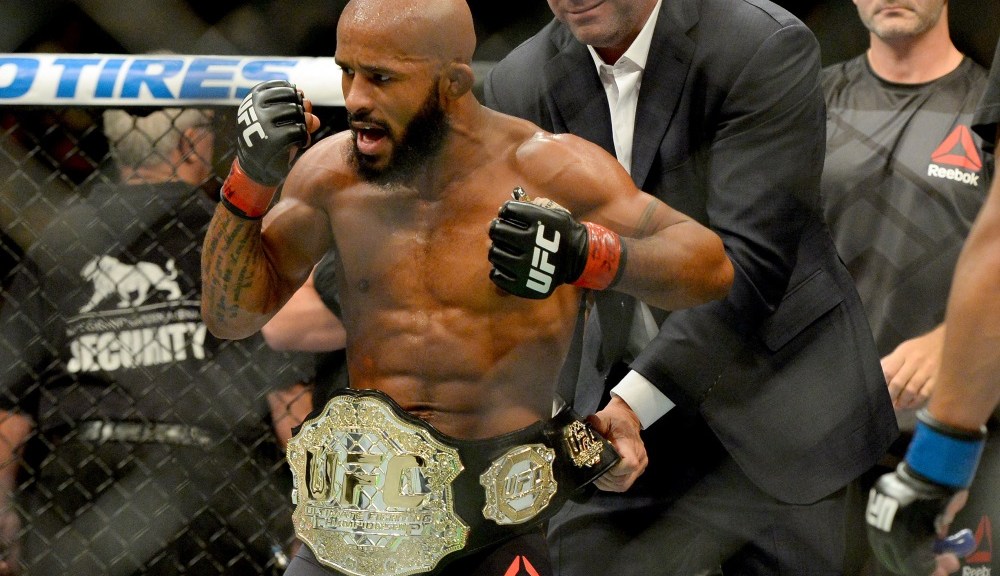 Former UFC flyweight champion Demetrious Johnson has a different outlook than many of the UFC champs in recent years.

Johnson didn’t see owning two shiny, UFC gold belts simultaneously – champ-champ status – as his ultimate goal. Instead, Johnson (30-4-1) set out on a mission to become the most dominant champ the UFC has ever seen, which meant focusing on one weight class.

“At the time that I was doing it, I was so focused and fixated on beating that record,” Johnson told MMA Junkie on Monday. “I was fixated. Anderson Silva set that record with 10 title defenses, and I was gunning for that, because that’s history.

“I think once I hit 11, and if the opportunity and terms would’ve been right for the superfight at 135, then I think I would’ve done it. But it just never happened.”

Even four years after leaving the UFC for ONE Championship, Johnson still holds the record for the most consecutive title defenses in a division. He held the UFC flyweight title from 2012 to 2018 and defended it 11 times before losing by split decision in a rematch against Henry Cejudo.

Johnson’s achievement might not stand out as much as the very marketable feat of holding two UFC titles simultaneously, yet “Mighty Mouse” still thinks being consistent in a division is far tougher and more prestigious than moving up a weight class and claiming a title there.

“I think staying in the division and going 5,6,7,8, 9,10, 11, it’s very hard,” Johnson explained. “Being consistent, the weight cutting, etc. The champ-champ, you win one fight and boom, you’re done. But consistency is what’s hard. I mean, that’s in anything in life. To be consistent and disciplined in one thing, it’s very, very hard.”

Johnson, who returns Friday in a title rematch vs. Adriano Moraes (20-3) in the main event of ONE on Prime Video 1, also acknowledges that times have changed in MMA.

He believes champions used to be more active, taking on whoever the No. 1 contender was at the time, regardless of their promotional pull. Now the 36-year-old believes UFC champions pursue the biggest fight available, even if it means waiting a bit more.

“The thing that’s different compared to now vs. the past is that now it’s like, ‘We have to build this fight up. We have to make as much money as possible,’” Johnson said. “But when I was fighting (in the UFC), I was fighting three times a year. Fought Dodson in Chicago, got surgery in March, and turn around and fought John Moraga in July, and turn around and fought Jospeh Benavidez in December.

“I was just super active. I just didn’t care, you know. Now, it’s more of a big show. … It was just different back then. Same as Anderson Silva and Jon Jones, they were super active. Now it’s a big build-up.”