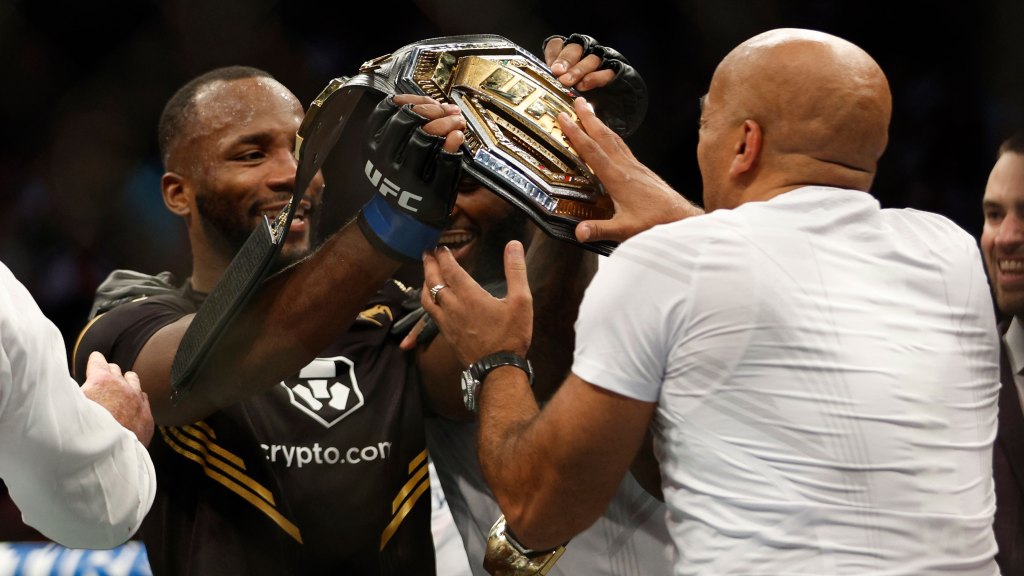 With his dramatic knockout of Kamaru Usman this past Saturday at UFC 278, Leon Edwards claimed the welterweight title and in turn became just the second British fighter to win a UFC championship.

Yes, Michael Bisping did it first when he upset then-middleweight champion Luke Rockhold back in 2016, but there’s a key difference. By the time Bisping knocked out Rockhold at UFC 199, he’d already been living – and training – in Southern California for several years. Edwards, on the other hand, has remained in the U.K. his entire career and trains out of Team Renegade in Birmingham, England.

With all eyes on him during the UFC 278 post-fight news conference, that distinction was important for Edwards (20-3 MMA, 12-2 UFC) to mention unprompted.

“This has never been done before, to have a guy from Birmingham in the U.K., did it from the U.K,” Edwards told reporters at Vivint Arena in Salt Lake City. “I know Bisping did it first, but he did it from living in America. So it was hard for people like me to relate, to say, ‘Look, we can do it, as well.’”

Edwards was born into poverty in Jamaica, something he was vocal about during his octagon interview with Joe Rogan after he finished Usman. Edwards and his family immigrated to the U.K. when he was a child.

As Edwards put it, his mother enrolled him in an MMA gym to keep him out of trouble when he was 17. As his UFC career ascended, Edwards certainly could’ve decided to leave Birmingham to train elsewhere, but he never had any interest.

One of a kind.