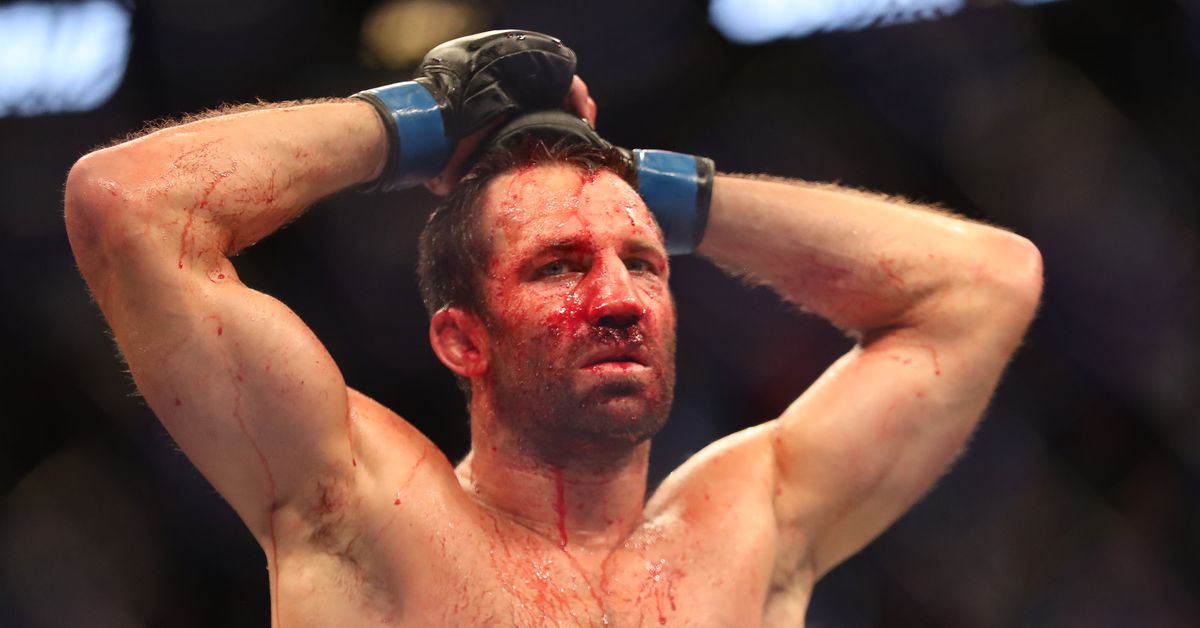 Luke Rockhold didn’t lay his gloves on the canvas after his UFC 278 loss, but he has notified the UFC of his retirement from the sport.

MMA Fighting on Tuesday confirmed Rockhold’s notification with a UFC official after the algorithm-based Twitter account UFC Roster Watch posted of Rockhold’s removal from the roster.

Rockhold, 37, didn’t use the traditional gesture of a fighter’s retirement after his decision loss against Paulo Costa. He did, however, admit his time had passed, telling UFC commentator Joe Rogan in a flood of emotion, “I f****** can’t do it anymore. I gave it my all and I just didn’t. … I’m f****** old.”

It was an emotional speech after a gutsy performance where Rockhold repeatedly appeared at the edge of collapsing, only to return fire and land big at Vivint Arena in Salt Lake City. Rockhold’s first appearance in three years followed an extended layoff and emotion-charged appearance on fight week where he blasted the UFC’s business practices and sparred with Costa at the press conference.

Rockhold’s bad blood with Costa – immortalized by rubbing his blood on the Brazilian’s face late in the third round – showed no signs of cooling after the fight. On social media, he posted a photo of the fight and said of Costa, “You’re still a b****.” On Sunday, he posted a photo where he appeared to be wearing compression sleeves.

Rockhold’s signature wins include a title-winning decision over Ronaldo Souza, second-round submission of future champ Michael Bisping and a fourth-round TKO of Chris Weidman that earned him the UFC belt.