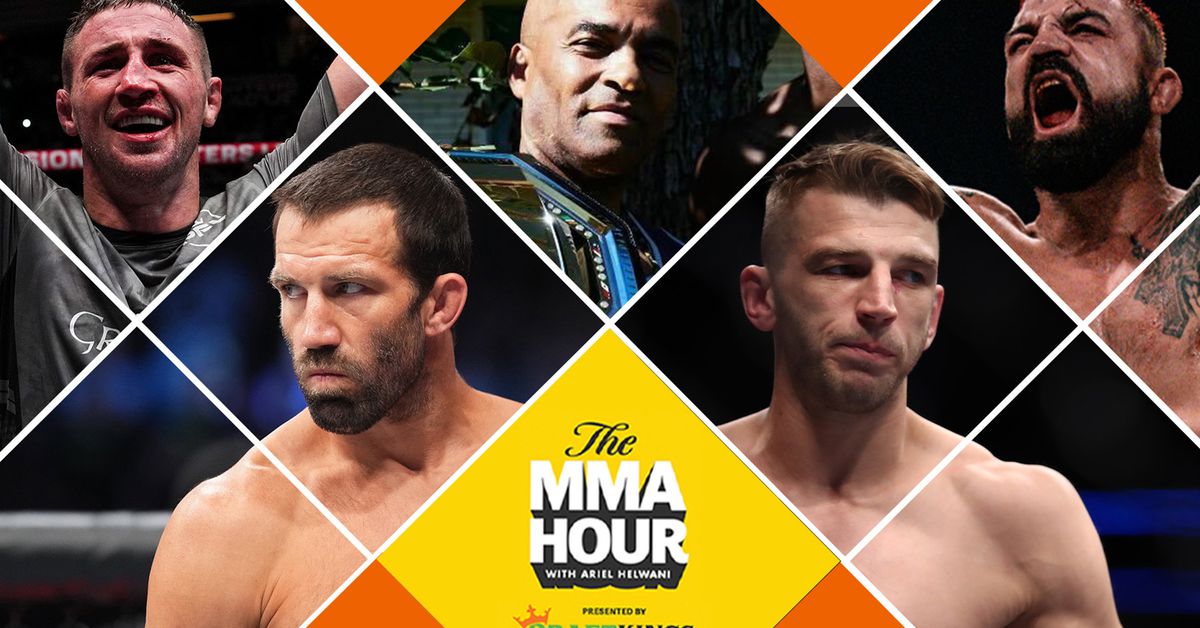 1 p.m. ET: Catching up after the crazy weekend of UFC 278 and relatively quiet one ahead with ONE on Prime and more.

1:05 p.m.: PFL featherweight finalist Brendan Loughnane talks about his battle with Chris Wade and his finals fight against Bubba Jenkins.

1:30 p.m.: BKFC star Mike Perry talks about his win over Michael Page and what’s next in his career.

2 p.m.: Leon Edwards corner Dave Lovell relives his epic corner speech at UFC 278 and his thoughts about a trilogy with Kamaru Usman.

2:30 p.m.: Former middleweight champion Luke Rockhold talks about his UFC 278 battle with Paulo Costa and what his future holds.

3 p.m.: GC and Helwani return with a status update on futures.

3:30 p.m.: Dan Hooker joins us to talk about his UFC 281 fight with Claudio Puelles and how the fight came together.

4 p.m.: All your questions answered in the latest edition of On The Nose.

For the latest episodes of The MMA Hour, subscribe on Spotify or iTunes.