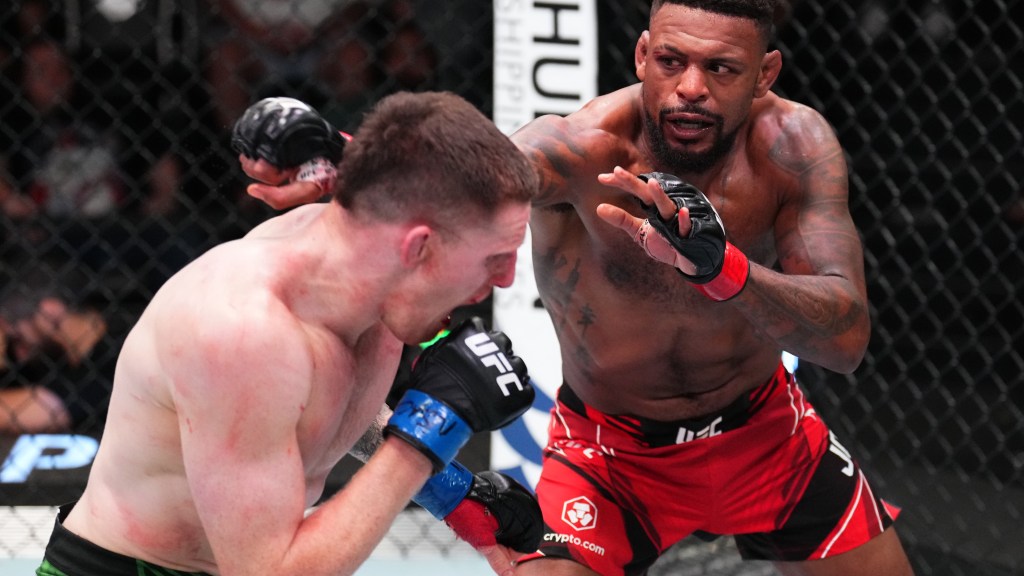 Lightweights Marc Diakiese and Michael Johnson will throw down in December.

Diakiese meets Johnson at UFC Fight Night on Dec. 3, which doesn’t yet have a publicly known venue or location. Both fighters confirmed the matchup on social media after an initial report from Al Zullino on Tuesday.

Diakiese (16-5 MMA, 7-5 UFC) has split his past four appearances. After dropping two consecutive fights to Rafael Fiziev and Rafael Alves, Diakiese showed off new wrinkles when he used a heavy grappling approach to dominate Viacheslav Borschev and Damir Hadzovic back to back.

Meanwhile, Johnson (20-18 MMA, 12-14 UFC) has struggled as of late. The Season 12 “Ultimate Fighter” finalist has lost five of his past six, most recently a split decision to Jamie Mullarkey in a Fight of the Night effort at UFC on ESPN 39 in July. His lone win in that stretch was a knockout of Alan Patrick in May.

With the addition, the UFC’s Dec. 3 lineup now includes: