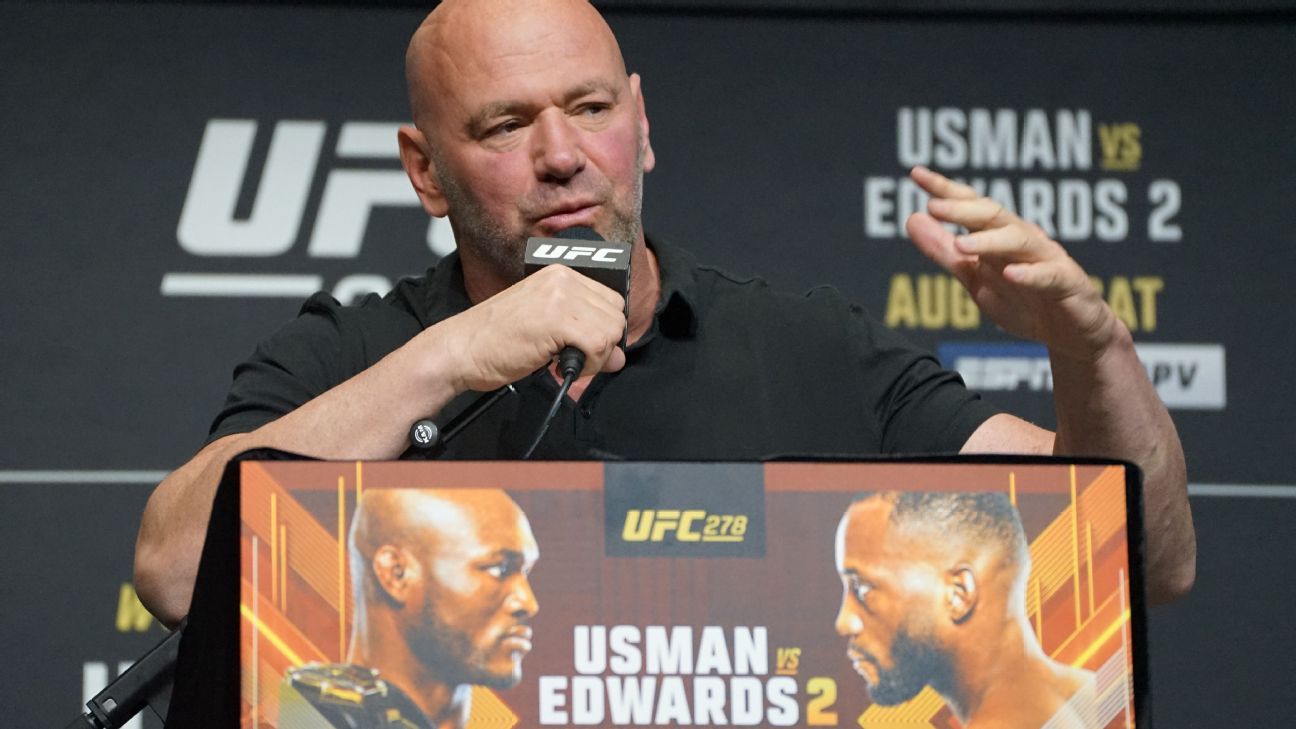 UFC president Dana White said he helped broker a deal for quarterback Tom Brady to play for the Las Vegas Raiders when Brady was a free agent quarterback in 2020, but then-Raiders coach Jon Gruden nullified the deal at the last minute.

White was convinced to tell the story by Rob Gronkowski during the UFC with the Gronks broadcast on ESPN and ESPN+ for UFC 278 on Saturday night.

“I worked to put that deal together for Brady and Gronk to come to the Raiders,” White said. “It was almost a done deal. And at the last minute, Gruden blew the deal up and said that he didn’t want him and all hell broke loose, man. It was crazy.

“And Brady was already looking at houses. It wasn’t said yet that Gronk was going to be coming. So Las Vegas would have had Brady and Gronk the year that the Bucs won the Super Bowl except Gruden blew the deal up.”

White added that “there’s so much story that goes with this behind the scenes.”

Gruden resigned from the Raiders in October 2021. ESPN Senior NFL Insider Adam Schefter reported in 2020 — when Brady was a free agent — that the Raiders planned to pursue Brady if he reached free agency. He did, but he ultimately signed with the Tampa Bay Buccaneers, where he won the Super Bowl that season.

White also said Gronkowski could have come to the Raiders. Gronkowski, however, was under contract with the New England Patriots at the time. The Patriots eventually traded Gronkowski to Tampa Bay that April.

Gronkowski, who asked White the initial question, did say he was glad things worked out the way they did.

“I’m glad it did not go through,” Gronkowski said on the show. “It all worked out for the best, man. I’m glad we went to Tampa, man. It just worked out. I love that place.”

White said he was not planning on telling that story until Gronkowski asked him about it.

Jamahal Hill Targets “The Ultimate Test” In An MMA Opponent
Jan Blachowicz is grateful for the title shot 🙏
UFC Vegas 68 Live Results: Lewis vs. Spivak
Despite Loss, Fedor At Peace With Retirement
Mario Yamasaki Shares The Best Way To Become An MMA Referee