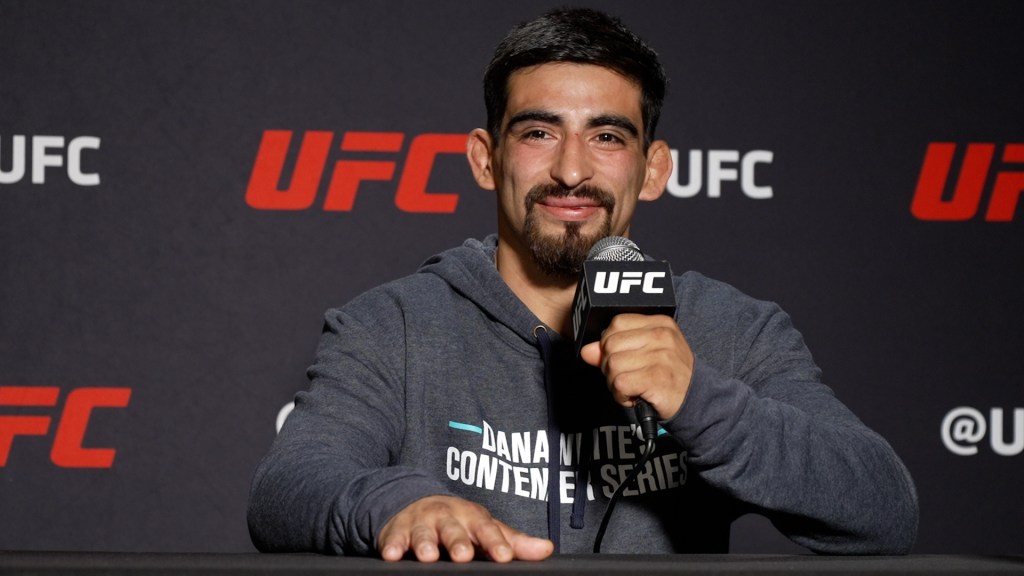 Aguilar (8-1) earned a UFC contract by submitting da Silva in Round 3 on Tuesday. The flyweights exchanged positions in what was a back-and-forth battle, but ultimately it was Aguilar who was able to finish the fight with a guillotine choke.

“Very well prepared from my team, they talk about the mentality. That’s a very important thing,” Aguilar told reporters, including MMA Junkie. “I understand that he’s a good fighter, I’ve watched his fights before, but this is a team effort, and it didn’t just happen. It was a fruit of our work, and I want it more, and I want it for my family, and that’s why it happened.”

Aguilar doesn’t have a date or opponent in mind for his UFC debut but wants to go back to the drawing board before he fights again.

“I want to fight when my coach says I’m ready to go,” Aguilar said. “I would like to fine tune a couple of things. I would like to maybe give it to December and stay with the family, so I will be completely focused on the fight at hand, but you know what, my coach has this covered.”