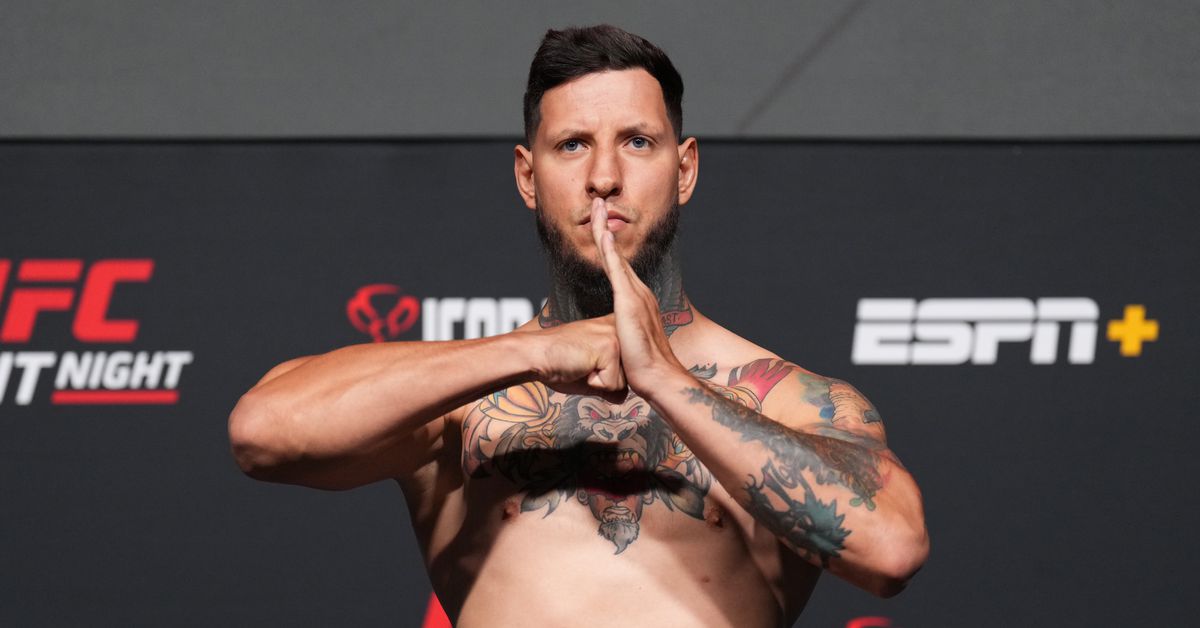 The Askar Mozharov saga has continued in the only wacky way one could have expected it to.

MMA Junkie confirmed Tuesday (Aug. 24, 2022) that Mozharov has been suspended by the Nevada Atheltic Commission (NAC) after a positive drug test result for his lone Ultimate Fighting Championship (UFC) appearance in June 2022. Mozharov tested positive for GW1516 sulfone, a hormone and metabolic modulator. No specific timetable was given on the suspension’s length but it was labeled as “temporary.”

The Light Heavyweight combatant was not flagged by UFC’s doping partner, United States Anti-Doping Agency (USADA), because he was below the agency’s testing threshold.

Mozharov generated quite the buzz ahead of his UFC debut for all the wrong reasons. During fight week, it was continuously revealed that Mozharov’s mixed martial arts (MMA) record was far from accurately portrayed ahead of his clash with Alonzo Menifield.

The 27-year-old prospect entered the promotion with a sturdy 25-7 record before it began dwindling after media outlets began doing further research. In just a matter of a few days, Mozharov went from 25-7 to 21-12 before winding up at 17-12. When asked about the unusual findings, Mozharov claimed it was because of organizations — specifically in China — he’d fought for dating back to his career’s start at age 18.

At UFC Vegas 56, Mozharov’s failed UFC stint ended in less than a full round, facing the aforementioned Menifield, who finished the “Ukrainian Conor McGregor” via technical knockout with ground and pound elbows in the crucifix position (watch highlights). Shortly after the appearance, Mozharov was as good as done in the promotion, receiving his release.