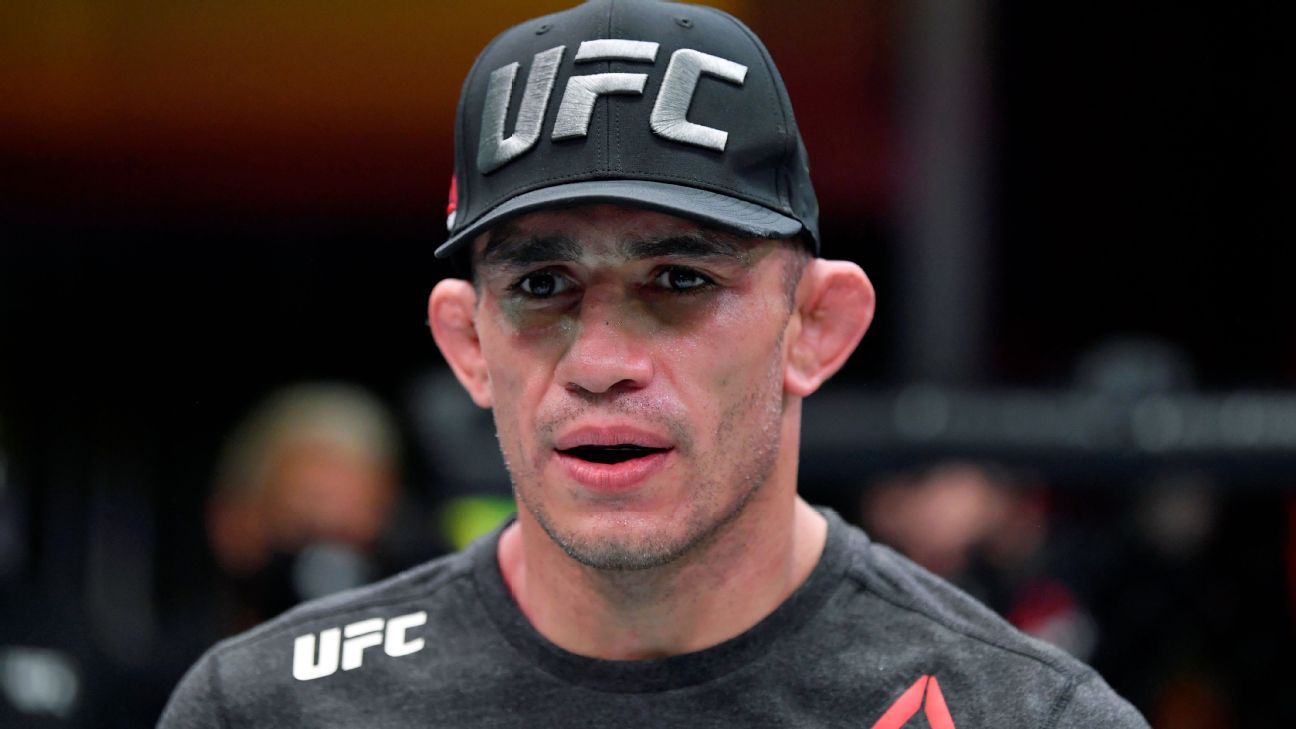 Tony Ferguson‘s return to the cage is imminent.

UFC president Dana White said Saturday night that Ferguson will face Li Jingliang at UFC 279 on Sept. 10 in Las Vegas. Sources told ESPN that bout agreements have not yet been signed, but there is a verbal agreement in place. Ferguson will move up from lightweight to welterweight for the matchup.

Ferguson (25-7), a popular former longtime UFC lightweight contender, has lost four in a row. The California native is coming off a knockout loss to Michael Chandler at UFC 274 in May.

Ferguson, 38, won 12 straight fights from 2013 to 2019, tied for the longest such streak in UFC lightweight history with Khabib Nurmagomedov.

UFC 279 will be headlined by a welterweight fight between Nate Diaz and Khamzat Chimaev.