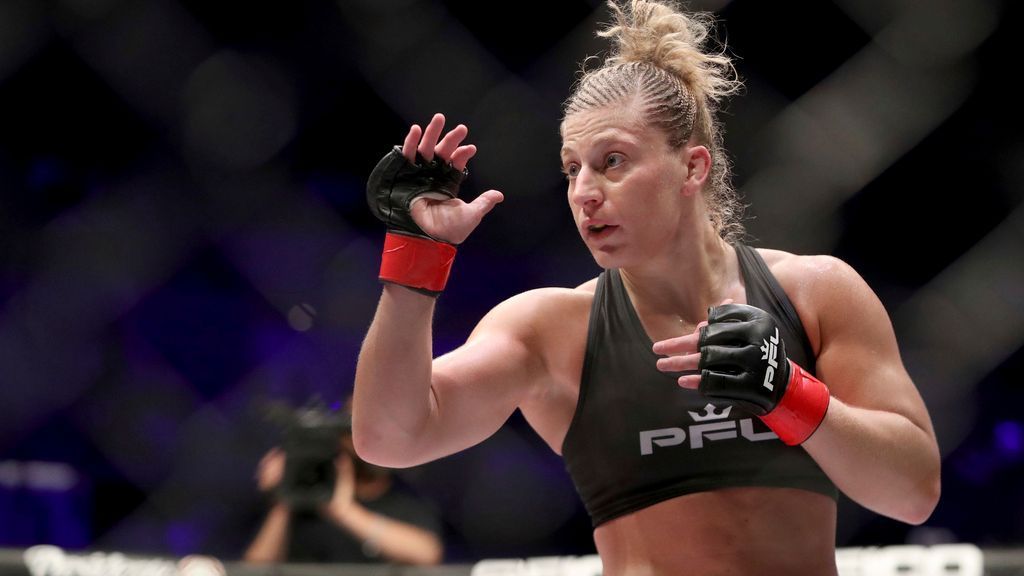 To the surprise of exactly no one, Kayla Harrison has once again clinched a spot in the PFL lightweight finals.

Harrison (15-0) submitted Martina Jindrovã (6-2) via arm triangle choke at 1:17 of the first round of their 155-pound semifinals matchup on Saturday in London. Harrison put Jindrovå on her back early after catching a leg kick, passed guard and went to work on the choke. It is the ninth first-round finish of her career.

Immediately after the fight, Harrison declared herself the “queen” of women’s mixed martial arts, and referenced potential fights against UFC champion Amanda Nunes and Bellator MMA champion Cris ‘Cyborg’ Justino. Contractually, those fights are nowhere near reality at the moment, but it shows where Harrison’s mindset lies.

“I’m here to tell you that I am the queen — not of the PFL, not of the 155-pound division — but I am the queen of women’s MMA,” Harrison said. “And if those three Brazilians would take off their track shoes and meet me, then you’d find out.”

A two-time Olympic gold medalist in judo, Harrison pursued free agency at the start of the year and expressed interest in leaving PFL, where she has already won the $1 million tournament twice. PFL values Harrison, however, and has made ongoing efforts to make some of her dream fights a reality. She re-signed prior to the regular season.

Harrison, 32, will face a familiar foe in the finals in Brazilian Larissa Pacheco (18-4), who was apparently the third Brazilian she referenced in her comments. Pacheco advanced on Saturday by knocking out Olena Kolesynk in the first round. She has won all of her fights this year via first-round knockout, but dropped two contests to Harrison in 2019. Pacheco lost both of those bouts via decision.

Although Pacheco has already lost to Harrison twice, she likely represents her greatest threat on the PFL roster this year.

In addition to the women’s lightweight finals, featherweights Brendan Loughnane (25-4) and Bubba Jenkins (19-5) advanced to the PFL finals. Loughnane, of England, did so with a spectacular performance against Chris Wade, in which he dominated Wade on the feet as the fight progressed to earn three 30-27 scores.