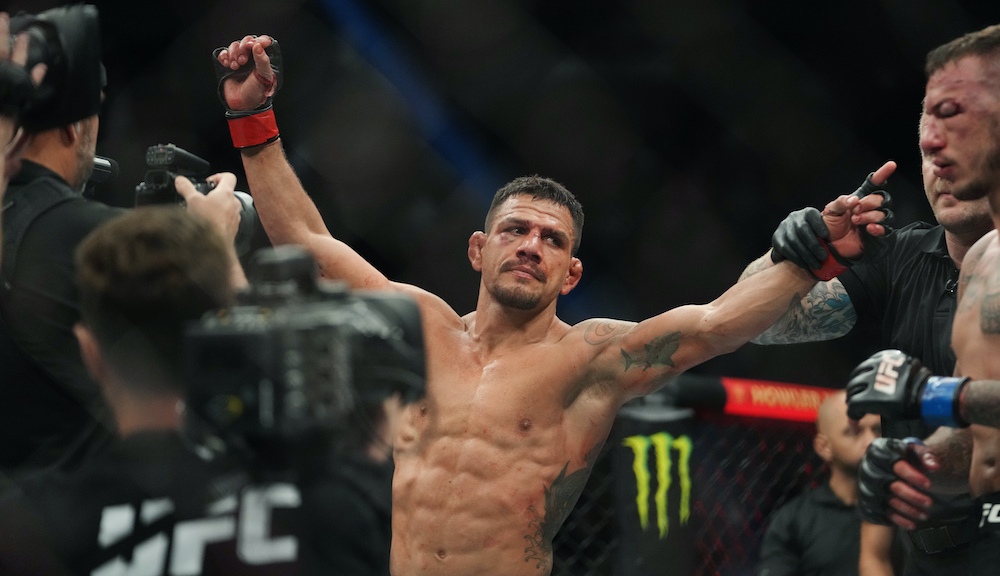 It appears Rafael dos Anjos is no longer looking to contend for a UFC title.

The 37-year-old former lightweight champion is not done fighting, but wants to compete against fellow veterans of the sport rather than opponents in the hunt for the UFC title.

According to a social media post on Thursday, dos Anjos (31-14 MMA, 20-12 UFC) still wants a challenge, but against someone that will inspire him to train hard.

“I had my last title run…and now it is time to fight people that motivates me to wake up and train,” Dos Anjos wrote on Twitter. “I have almost eight hours of octagon time…get me a veteran for a change! I would love to fight guys like Jim Miller, Jorge Masvidal, or get my rematch with Tony Ferguson or (Clay) Guida.”

Dos Anjos won the lightweight title at UFC 185 in 2015 by defeating Anthony Pettis by unanimous decision. At UFC on FOX 17, he would record his only title defense by quickly finishing Donald Cerrone in 66 seconds.

In the years since, dos Anjos’ journey in the UFC has been a series of ups and downs against the best fighters available in the lightweight and welterweight divisions.

Returning from a 15-month layoff in March, dos Anjos defeated Renato Moicano to make it two-straight wins following a split decision nod over Paul Felder in November 2020. However, in his second outing of the calendar year, Rafael Fiziev finished the former champ early in the fifth round of their main event contest.

Now, dos Anjos appears to want fun fights on the “veteran” circuit at the back end of his career.