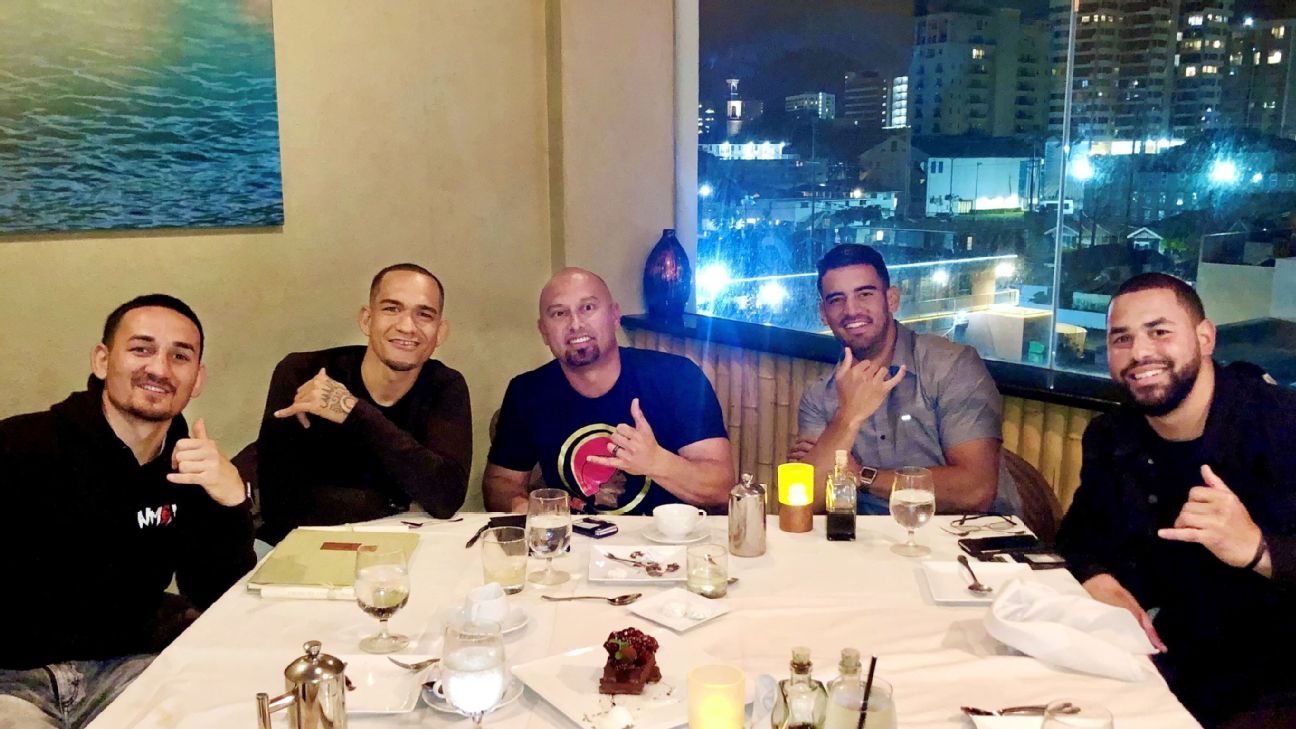 FLOWERY BRANCH, Ga. — It began with a text message with an invitation to dinner. It was the start of a friendship set up by Shane Victorino.

At the time, the two-time Philadelphia Phillies All-Star outfielder didn’t know Atlanta Falcons quarterback Marcus Mariota and UFC featherweight Max Holloway had never met. Victorino did know they were two of the best in the world at what they did, from the same island state they all come from in the middle of the Pacific Ocean.

In Hawai’i, when you’re that good at something there’s an unspoken connection. One already existed in the mutual admiration society Mariota and Holloway had from afar. Victorino’s invite changed that.

“It was shocking to me,” Victorino said. “I was like, ‘You guys should be best friends.'”

While best friends is a stretch, the conversation that took place at the since-closed Alan Wong’s in Honolulu in March 2019, manifested in Victorino’s thought. Throughout the night, the athletes Victorino assembled — NFL linebacker Kamu Grugier-Hill and MMA fighter Yancy Medeiros were also included — told stories about their lives.

They shared experiences about how they grew up and how they wanted to help give back to the island from which their professional careers sprouted. What started with a dinner conversation has turned into a support system, a network and a way to grow.

At dinner, they talked about successes and how, in sports, failure is going to happen. At the time, neither the 28-year-old Mariota nor the 30-year-old Holloway could have known how pertinent the conversation would become. Mariota was still the starting quarterback of the Tennessee Titans. Holloway was in the midst of a 13-fight win streak and was UFC featherweight champion.

Within two years, Holloway lost his title and Mariota his starting job. Through the positives and negatives, the two understood and leaned on one another.

“Every athlete goes through that,” Mariota said. “And being able to understand and just be a voice of support.”

IN A CONVERSATION started at that dinner, neither Holloway nor Mariota quite grasps the sanity of the other’s profession.

Mariota is perplexed at being hit in the face for a living. Holloway is baffled at why anyone would want to be thrown to the ground by a 300-pound-plus human being. Different sorts of violence, but a shared respect.

Those questions existed before they met because they had been following each other’s careers. This led to a different type of excitement. Mariota, as is his nature, was calm and somewhat quiet. Holloway admits now he was “fanboying” a little bit, asking Mariota about so many nuances. 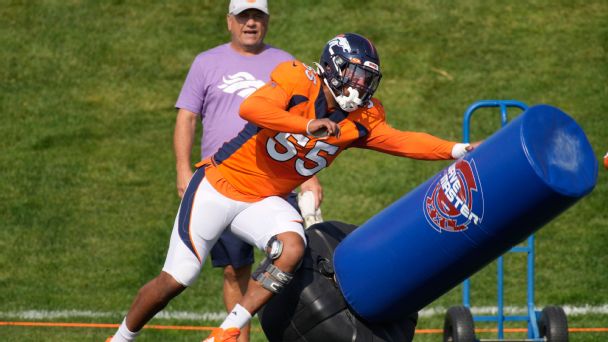 Holloway, a Minnesota Vikings fan contemplating an allegiance change to the Falcons this season, started asking Mariota about rehabilitation techniques coming back from injuries. Mariota was stuck on Holloway being hit in the face.

They discussed their common passion for helping the children of Hawai’i and wanting to get involved.

While they haven’t collaborated on anything substantial yet, both have said it will happen in the future. A combination of the COVID-19 pandemic and the business of sports and life — Holloway lives in Hawai’i, while Mariota doesn’t visit too often — has made it a little more complicated.

They want to help mentor, both from up close and afar. Sort of how Victorino did — meeting Mariota when Mariota played at Oregon and Holloway when he fought in Boston against Conor McGregor in 2013, the last fight Holloway lost for five years.

“If you grew up there, you grew up from one root and that is about respect, it’s about loyalty,” Victorino said. “… To me, it was like, ‘Man, I wish I had someone ahead of me that I could pick up the phone and call and ask this question or that question.'”

For Mariota and Holloway, they’ve turned into that for one another.

MOST OF THEIR CONVERSATIONS center around life, not necessarily sports. They reach out about once a month to check in, either by phone or text, to see how the other is doing and ask about families.

Mariota texts Holloway before and after every fight to wish him luck. He attended Holloway’s fight in Atlanta on April 13, 2019 — Holloway’s first loss since McGregor, when Dustin Poirier beat him by unanimous decision. When Mariota sees Holloway walk out to Moke Boy’s “Hawaiian Kickboxer” it gives the quarterback goosebumps. It’s a sense of pride, Mariota says, that Hawaiian athletes carry for themselves and their state.

“Whether he won or whether he lost, I just told him, ‘Yo, you’re making us all proud,'” Mariota said. “For all of us, like no matter win or loss, if you continue to hold yourself to a high standard and continue to represent Hawai’i, that’s all we really care about.”

Holloway has angst when Mariota plays because he understands the stresses. He’s amazed by what Mariota is able to do, but the truth is “it’s nerve-racking.” He doesn’t like seeing Mariota get hit and often says he wishes there was a way for him to take the hit for Mariota.

When Holloway struggled following losses, Mariota encouraged him. Holloway did the same for Mariota as he battled through two years as a backup with the Las Vegas Raiders before getting another starting opportunity.

Holloway said Mariota has stressed to “trust the process,” a good mantra for both their careers and how they’ve approached returning from setbacks.

They have grown close, and have also bonded over their shared Samoan heritage.

Holloway said Mariota is welcoming and puts him at ease, joking Mariota should be nicknamed “Mr. Aloha” for the energy he exudes.

“He might kill me for saying this, but he’s like a big teddy bear, man,” Holloway said. “I feel like I can tell him my life story or whatever. If I ever need anything, I can just go up to him and talk to him and text him and he’s not going to judge me.”

Holloway makes sure Mariota knows that’s reciprocal. They come from a place few understand professionally and geographically. They get what it’s like in Hawai’i, where Mariota said growing up he’d watch the local news and sportscasters wouldn’t talk about teams winning or losing, but how Hawaiian players on those teams fared.

There’s a pressure, but also a comfort and passion.

“That’s what is so cool about Hawai’i athletes,” Mariota said. “That’s just the mindset, to help the next guy up.”