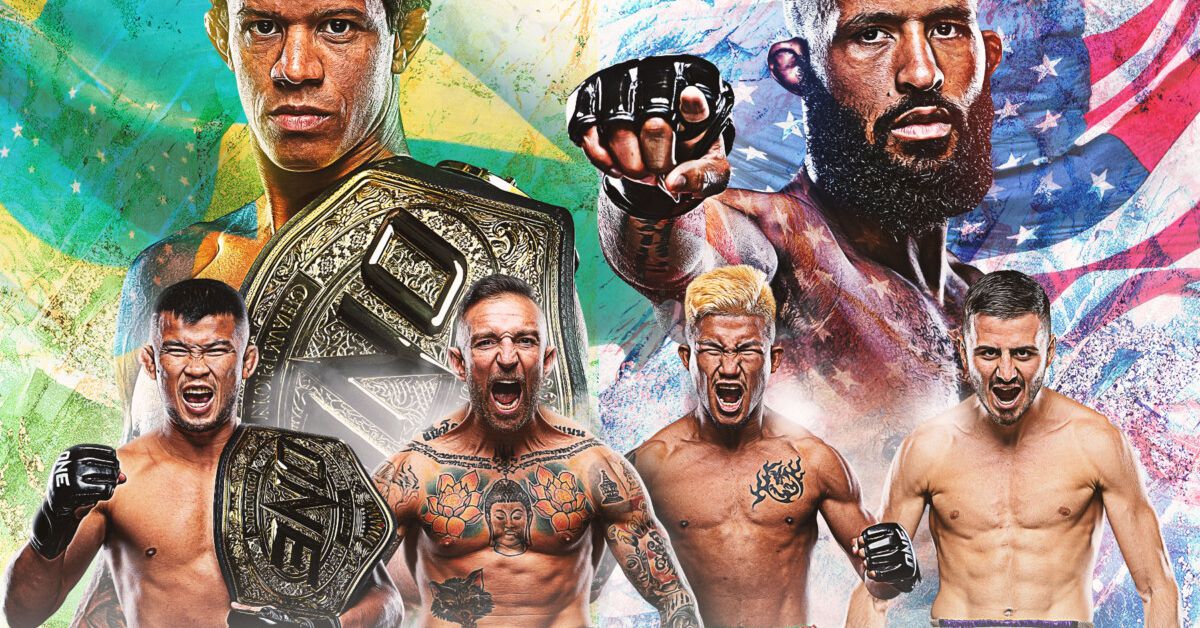 ONE on Amazon Prime Video 1 is set for Friday night (Aug. 26). The event will be headlined by the flyweight title rematch between Demetrious Johnson and Adriano Moraes.

The fights will be shown live by the streaming service in prime time (US time). Moraes sent shockwaves around the MMA world by knocking Johnson out at ONE on TNT last year.

Superlek Kiatmoo9 has won 10 out of his last 11 fights and the only loss was a debatable decision in his kickboxing debut. He has had more success than Rodtang in the Thai stadiums and will probably feel he should be the favorite to win this tournament.

Waltert Goncalves has a tricky style for opponents to deal with, using fast footwork to move in and out and effortlessly switching between orthodox and southpaw. His movement gave Rodtang problems and he will be looking to use the same tactics here.

Rodtang Jitmuangnon likes to apply non stop pressure to opponents. He will walk forwards constantly, throwing punches and low kicks and not worrying too much if he takes a few head shots in the process.

Savvas Michael hasn’t had the best of fortune fighting in ONE Championship, picking up a nasty arm injury in his match against Thai legend Lerdsila Chumpaetour back in 2019 and getting dropped in a decision loss to Taiki Naito last year. He likes to go forward and look for the knockout and these two are likely to meet in the middle of the cage immediately.

Nong-O Gaiyanghadao is as experienced as they come and has enjoyed a new lease on life since signing with ONE Championship. He is one of the most intelligent fighters in the business and doesn’t take much damage but has been absolutely devastating with the smaller gloves.

Adriano Moraes was known for his entertaining style at the start of his career and would transition effortlessly from flying knees to takedown attempts. He has become more conservative during his title reign but the Brazilian jiu-jitsu (BJJ) black belt put in the performance of a lifetime last time out.

Demetrious Johnson is the complete package. He has no weaknesses, is widely regarded as being the best fighter of all time and should have a point to prove after losing to Moraes last time out.

The entire ONE on Amazon Prime Video 1 fight card will be available to view free in North America on Amazon Prime for subscribers and in other territories using the newly launched app which you can download here.

Dana White says Makhachev vs. Volkanovski is ‘top 5 biggest fights of all time in UFC history’
Jorge Masvidal Shoots Down Gilbert Burns 5-round BMF Request | The MMA Hour
UFC Vegas 68: Lewis vs. Spivac Results & Highlights
Mario Yamasaki Shares The Best Way To Become An MMA Referee
Breaking down McGregor vs. Chandler on TUF and in the Octagon