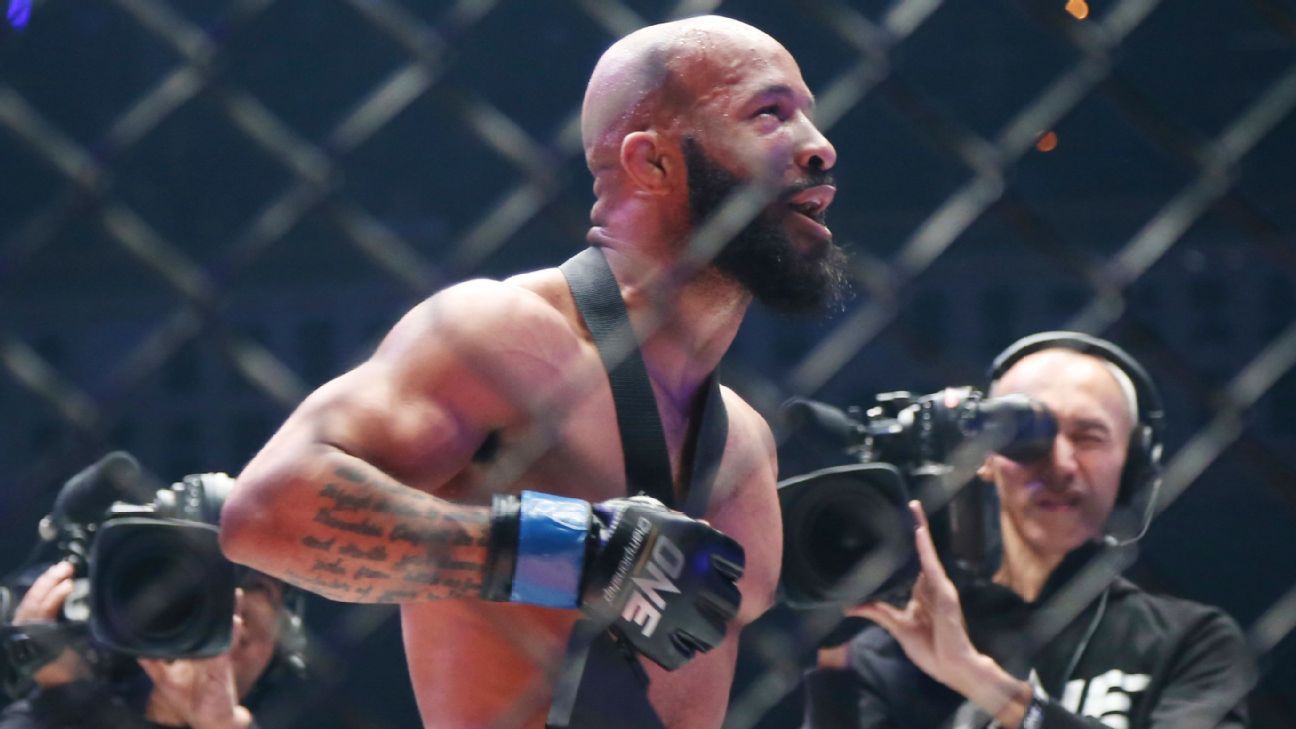 Throughout his storied martial arts career, Demetrious Johnson has never suffered back-to-back defeats, nor has he ever lost to the same opponent twice. That is still the case following a rematch against Adriano Moraes on Friday.

Johnson (24-4-1) delivered arguably one of the best performances of his career Friday, as he knocked out Moraes (20-4) with a flying knee in the fourth round of their ONE flyweight championship fight. The fight took place in Singapore and aired on ONE Championship’s first broadcast on Prime Video.

The flyweight championship fight was a rematch of a title fight from 16 months ago. Moraes, of Brazil, shocked Johnson with a vicious knee on the ground in the second round of that initial contest. Johnson, 36, got his revenge in a big way, and said his strategy for the rematch revolved around pressuring the younger, bigger champion.

“This game plan — it was a very hard camp, just walking him down, taking shots, eating shots,” Johnson said. “After I lost to him, this was the first time where I said, ‘I need this one back.’ I put myself in danger and there was an inner struggle in the gym, where it was like, ‘This isn’t going to work.’ But I truly believe I’m still getting better at 36.”

Fighting out of Washington, Johnson was the UFC’s flyweight champion from 2012 to 2018. He made 11 consecutive title defenses, breaking Anderson Silva‘s record of 10. In late 2018, the UFC executed a rare trade with ONE Championship that sent Johnson to the Asia-based promotion for Ben Askren. Johnson won his first three fights at ONE before suffering the loss to Moraes.

There was a lot at stake for Johnson in the rematch, and it didn’t get off to the best of starts. He did open a cut over Moraes’ left eye with an early elbow, but spent a lot of time on his back in the first and second rounds. He also ate a head kick in the second round that appeared to wobble him, and Moraes followed that shot with a handful of hard knees on the ground.

As the third got underway, however, the effect of Johnson’s constant pressure started to show. He punished Moraes’ body with body kicks and knees from the clinch, and started to find a consistent home for the left hook.

The finish came at the 3:50 mark of the fourth round, when Johnson slipped a punch from Moraes, staggered him backwards with a right hand and then landed a flush flying knee to his chin along the fence. Johnson didn’t even wait for referee Olivier Coste to intervene. He began walking away from Moraes the moment the knee landed.

It is Johnson’s first win by knockout since he defeated Henry Cejudo in a UFC title fight in 2016, in a title defense that lasted a mere 2:49. For Moraes, it is the first knockout loss of his career. Ironically, Moraes handed Johnson his first loss by knockout in their original meeting.