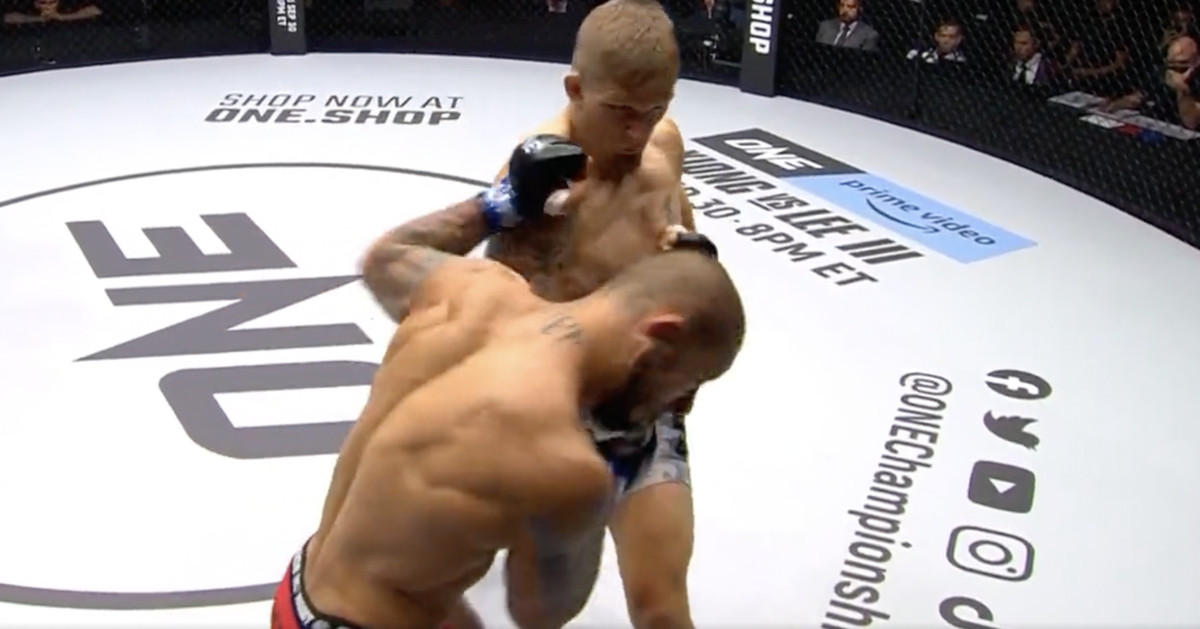 A veteran middleweight out of Sweden, Kadestam (14-7) needed just 57 seconds to end the night of Iuri Lapicus (14-2) in violent fashion. All it took was one monster right-hand uppercut to send Kadestam’s foe tumbling to the canvas, leaving out Lapicus cold before he hit the floor.

Watch video of Kadestam’s brutal handiwork above and below.

Kadestam is perhaps best known for a second-round TKO loss to former ONE Championship and Bellator welterweight champion Ben Askren in 2017.

As for Lapicus, the 26-year-old Moldovan fighter extended his winless streak in ONE Championship to three straight. Following a perfect 14-0 start to his career, Lapicus suffered a first-round TKO loss to Christian Lee followed by a no contest to former UFC champion Eddie Alvarez.

Check out complete ONE on Prime Video results here.