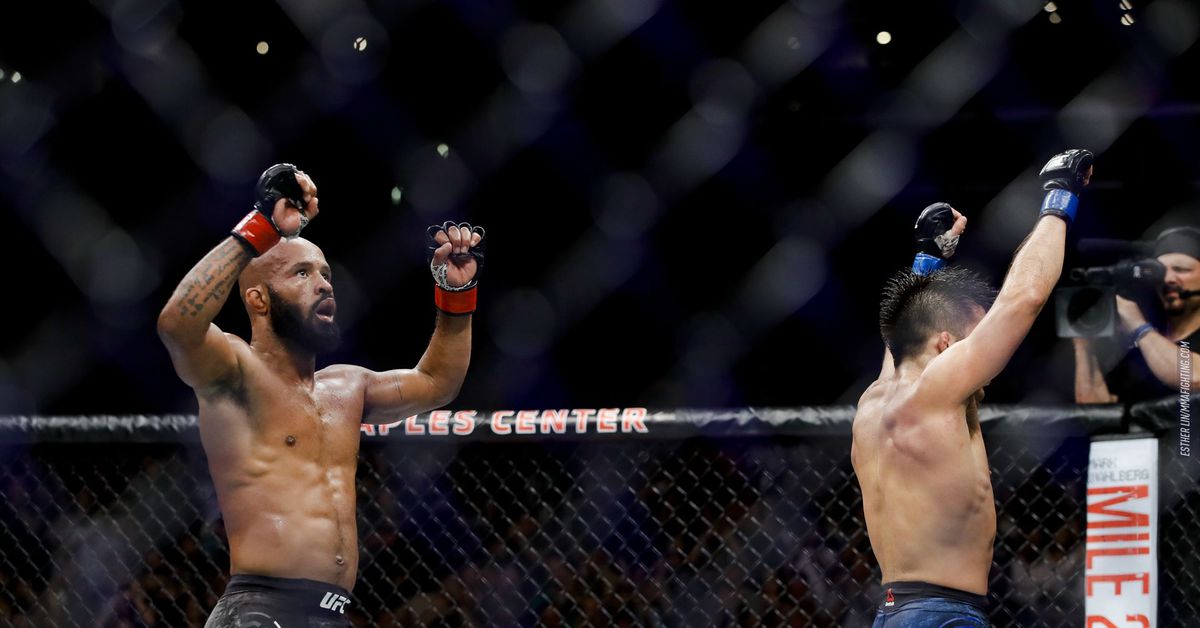 Demetrious Johnson made sure to pay respects to one of his greatest rivals after scoring one of the biggest wins of his career at ONE on Prime Video 1.

“Mighty Mouse” added another flyweight title belt to his illustrious collection when he scored a spectacular fourth-round knockout of Adriano Moraes on Friday in Singapore, avenging an April 2021 loss to Moraes. Shortly after, Johnson made a FaceTime call to former two-division UFC champion Henry Cejudo, a moment that Cejudo shared on social media.

Watch the emotional conversation below.

I’m honored to get a FaceTime from the champ @MightyMouse. I tried to warn you all: He’s STILL getting better at 36 years old.

Demetrious is coming back to PHX to train with me in November. MIGHTY MOUSE IS F’N BACK! x pic.twitter.com/fe0DhR0f0h

Johnson spent time training with Cejudo ahead of the Moraes rematch and he thanked Cejudo for the support.

“I’m just calling to say ‘What’s up, man?” Johnson said. “Got nothing but love for you. Not gassing you up, but saying good things about you and, you know, it was very appreciative for me to come out and get to work with you. Event though it was a week, two weeks, just to balance things out, vibe out and just—I guess when I came to train with you and you’re like, ‘Dude, you’re nasty in that clinch.’ It’s like, OK, I’m gonna stay with the clinch.”

Cejudo then went on to praise Johnson’s knees—the same weapon he used to defeat Moraes on Saturday and Cejudo in their first meeting—before praising Johnson for continuing to improve despite turning 36 in August. The two then had a laugh about Cejudo having a few more pointers for Johnson.

The two flyweight legends share a storied history, with Johnson defeating Cejudo by first-round TKO at UFC 197 during Johnson’s unforgettable UFC championship run, and Cejudo ending that run via a split decision win at UFC 227. Johnson went on to be traded to ONE Championship, while Cejudo later became a two-division champion when he won the UFC’s bantamweight title.

Cejudo ended the clip on an uncharacteristically candid note.