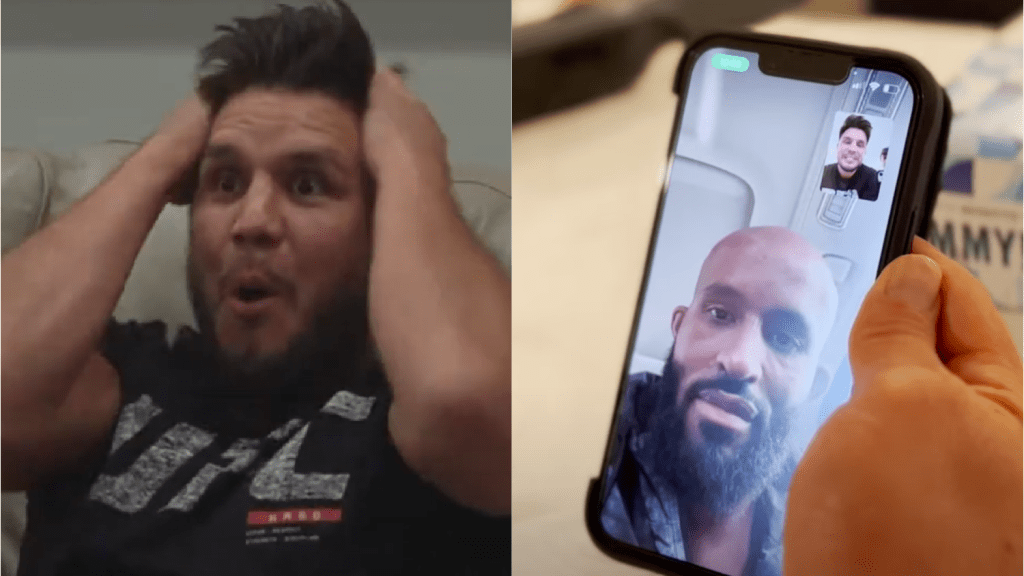 They were twice opponents, but that didn’t prevent Henry Cejudo from rooting hard Friday for Demetrious Johnson while he watched ONE on Prime Video 1.

That’s when UFC lightweight Mark Madsen interjected with, “Easy money,” a poke at Cejudo’s perceived jinx of Kamaru Usman nights prior at UFC 278.

A good sport, an animated Cejudo just rolled with it.

The boisterous yelling and cheering woke up Cejudo’s one-year-old child, but even that didn’t stop “The King of Cringe” from being in awe of Johnson.

Johnson fought Cejudo twice during his UFC tenure. The first meeting happened at UFC 197 in April 2016 when Johnson ran through Cejudo with a knee and punches. A little over two years later, in August 2018, Cejudo became the first to beat Johnson at flyweight in the UFC when he captured the title with a split decision win at UFC 227.

Since that time and particularly after Johnson was traded to ONE Championship, the two fighters built a strong bond of respect and even trained together recently. The admiration was on display again when Johnson FaceTimed Cejudo post-fight Friday.

“I’m just calling to say what’s up, man, and I appreciate your support,” Johnson said. “I’ve got nothing but love for you. I’m not gassing you up, but saying good things about you. I was very appreciative for allowing me to come out and get to work with you.”

For more on the card, visit MMA Junkie’s event hub for ONE on Prime Video 1.