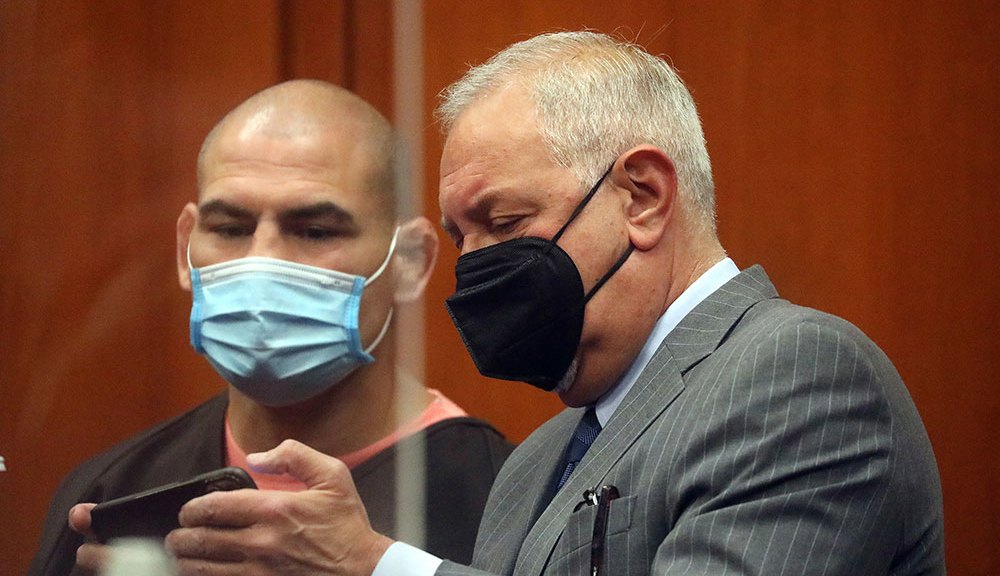 It’s approximately one month until Cain Velasquez has his pre-trial hearing in Santa Clara county court and his attorney Mark Geragos is keeping their cards close to their chests.

One hundred eighty days ago, Velasquez was arrested Feb. 28 and subsequently charged with a handful of felonies including attempted murder. He will be due back in court Monday for an in-camera hearing, before his preliminary hearing Sept. 26.

“As we argued, not one or twice but three times on the bail hearings, he does not belong where he is, No. 1. And No. 2, the only victims here, which are his family, are the ones who really need him,” Geragos said in a recent interview with COURT TV. “It’s frankly perplexing to me what is going through the mind of the people who are seeking or who have sought to keep him in custody.”

While Velasquez was denied bail three times, his alleged target, an accused molester named Harry Goularte is out, awaiting a pre-trial hearing on his own scheduled for Sept. 20.

Velasquez is accused of shooting at Goularte, who allegedly molested Velasquez’s four-year-old son. Velasquez allegedly struck Goularte’s father, Paul Bender, in the shoulder instead, which resulted in serious injuries.

Despite Goularte being listed as the complaining witness on the criminal lawsuit against Velasquez, the district attorney’s office has indicated he will not take the stand, indicated Geragos, who thinks the move is hypocritical and problematic.

“You have to wonder,” Geragos said. “We’re already in upside-down world. Now, we’ve gone through the looking glass.”

With the two pre-trial hearings scheduled six days apart, there were questions if any continuances would be requested and which would actually transpire first. Geragos doesn’t plan on delaying his client’s hearing.

“I look forward to seeing how they plan on proving the case when one of the witnesses they’re not going to call,” Geragos said. “The other two have invoked the fifth amendment. I’d like to know if they’re going to weigh that and get on the stand and subject themselves to cross-examination.

“Our investigation has already revealed that it’s apparent that the mother and the stepfather were intimately involved in everything that was going on at the daycare center. We’ve got a lot of questions for them. … Stay tuned. We’ll see you next month and we think that there’s going to be some surprises.”

Both Velasquez and Goularte face criminal charges from the district attorney, an additional unique attribute to the ongoing court cases that Geragos takes exception to.

“How do you serve those two masters?” Geragos said. “It makes absolutely no sense. This thing is really an abomination.” 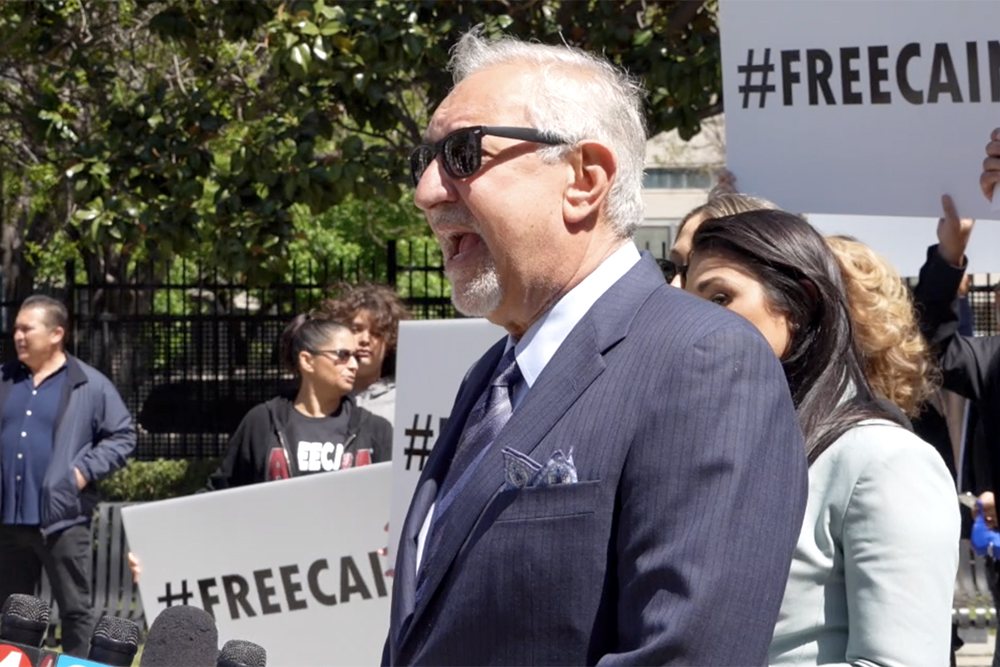 Geragos feels empowered by a case he worked on in the past involving a similar scenario. In 2012, Geragos assisted a man named William Lynch, who had allegedly assaulted a priest accused of molestation.

“That case was nowhere near, and I know Will will get mad at me for saying this, in my opinion, nowhere as egregious as this is,” Geragos said.

Although his client is behind bars, Geragos indicated the real threat to the community is Goularte, not Velasquez. With that in mind, Geragos said he’s not afraid to take it to trial and didn’t rule out that Velasquez might testify.

“My client wants to tell people his story,” Geragos said. “I’ll just leave it at that. He wants to tell them the truth. He wants the truth to come out, as do I. That’s why I said that it’s upside-down world. Usually, when you’re in the defense, the last thing you want to do is anything but to try your case but within the prosecution case. Here, in this case, I think when the truth comes out, people are going to be even more horrified than they already are.”

Velasquez, 40, already pleaded not guilty to the charges he faces. If found guilty of attempted murder, Velasquez faces a minimum of 20 years and up to life in prison, according to the California penal code. He faces additional time if found guilty of other counts.

Geragos filed a 246-page writ appeal in July with an appellate court with the hope of getting his client out on bail or having the case heard by a higher court.

Meanwhile, Goularte also pleaded not guilty. He faces one felony charge of “lewd acts with a minor under the age of 14.” His court appearance scheduled for Sept. 20 will mark the first time Goularte will have to appear in person at a hearing, as opposed to virtually.

A civil lawsuit filed against Goularte, his family, and their businesses is also pending. Bender is the only one who has responded to the suit at this time. He has denied allegations.