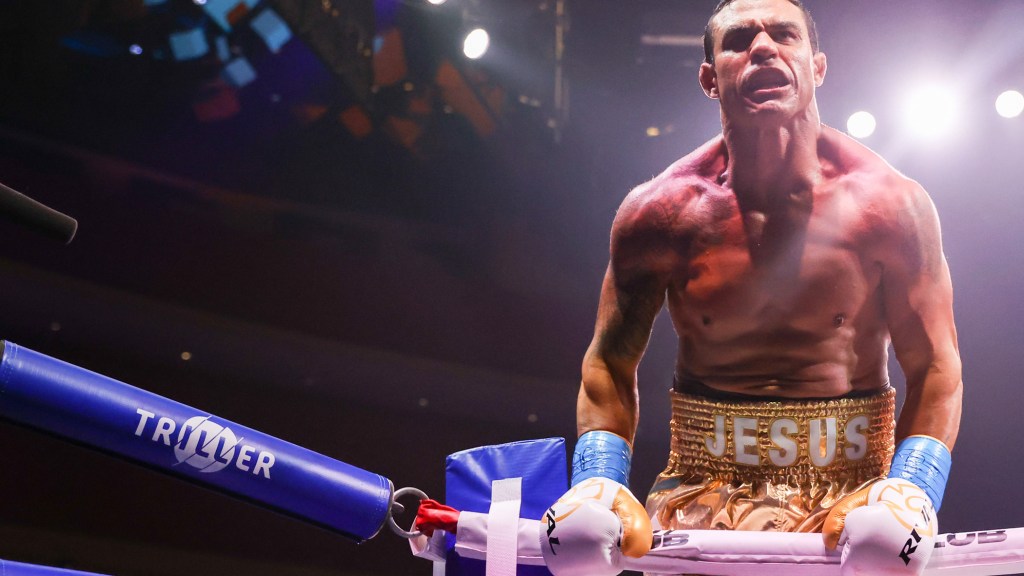 A former UFC light heavyweight champion, Belfort (1-0) will continue his excursion into the world of boxing when he battles Hasim Rahman Jr. (12-1) at DAZN X Series 002, the promotion announced during its debut event Friday that featured YouTuber KSI.

The Belfort vs. Rahman event is scheduled for Oct. 15 in Sheffield, England, and will serve as one half of a double main event. The second main event will be announced at a later date. KSI’s promotion Misfits Boxing will promote the event.

Belfort, 45, made his professional boxing debut in September when he knocked out 58-year-old former boxing champion Evander Holyfield in 104 seconds. After the bout was not allowed to happen in California due to safety concerns, it was scrutinized by some due to the age of the competitors. instead moved to Florida.

The bout marked the first professional combat sports competition for Belfort since his final UFC bout against Lyoto Machida in May 2018.

After the Holyfield match, Belfort was scheduled to compete in a hybrid rules match against Chad Dawson for Triad Combat. However, the event was canceled and the bout was not rescheduled.

Rahman Jr, 31, was expected to box Jake Paul at Madison Square Garden on Aug. 6. However, after Most Valuable Promotions perceived Rahman Jr. would not live up to his weight obligations, the card was canceled. The two parties disagreed on the decision to cancel. Rahman Jr. said the promotion jumped the gun.

In an attempt to prove that point, Rahman Jr. held his own unofficial weigh-in, and still came in one pound over the heaviest weight limit compromise Paul offered.

Entering his bout vs. Belfort, Rahman Jr. will look to bounce back from his first professional loss, a TKO defeat to James McKenzie Morrison in April. The combined record of his opponents prior (at the time of his matches against them) was 56-116.