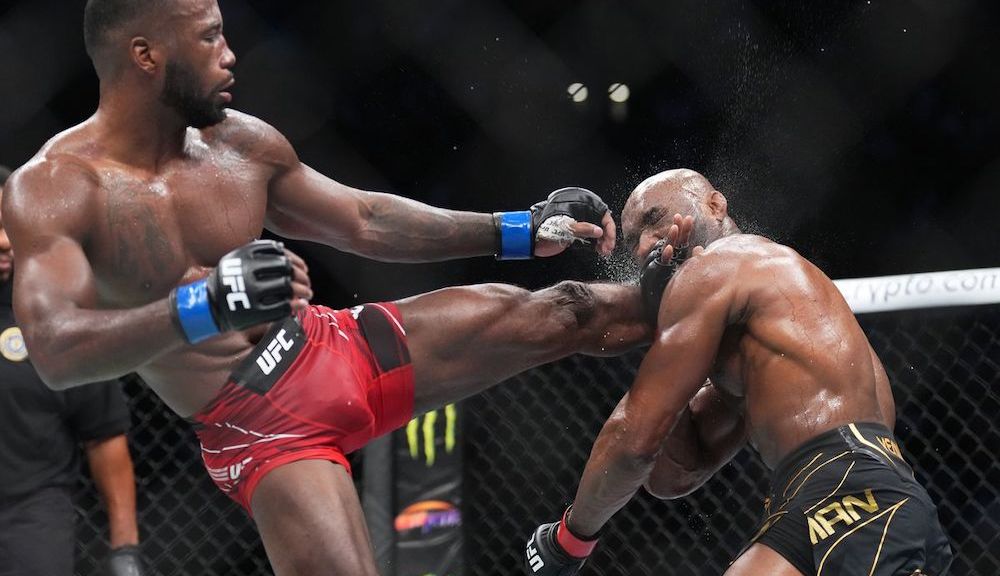 With another action-packed month of MMA in the books, MMA Junkie looks at the best knockouts from August 2022: Here are the five nominees, listed in chronological order, and winner of MMA Junkie’s Knockout of the Month award for August.

Lightweights Chris Duncan (9-1) and Charlie Campbell (6-2) immediately began trading punches as they battled with a UFC contract on the line.

Campbell found early success with hard punches, cracking Duncan and hurting him badly twice. Just when Campbell pressured forward looking to land another crushing shot, Duncan changed everything with one punch. A laser right hand put Campbell down, and the follow-up punch put him all the way out to cap an insane turnaround.

Bryan Battle (8-1 MMA, 3-0 UFC) scored one of the most brutal head kick knockouts in recent memory against Takashi Sato (16-6 MMA, 2-3 UFC) in their welterweight bout.

Battle, “The Ultimate Fighter 29” middleweight winner, dropped down to 170 pounds and had a sensational debut. He landed the perfect head kick on Sato just 44 seconds into their bout.

Neal’s striking was crisp from the opening bell and he battered Luque with speed and power until he secured the third-round knockout win in the welterweight bout. It was the first time Luque had been KO’d, and the biggest win of Neal’s career.

Edwards prevented Usman from tying Anderson Silva’s record for most consecutive octagon victories when he earned a fifth-round head kick knockout victory to win the 170-pound belt. He was down big on the scorecards, but Edwards had his “Rocky” moment to take home the belt.

Demetrious Johnson (24-4-1) proved once again why he is one of the best to ever step into the cage in avenging his loss to Adriano Moraes (20-4) to claim gold.

While Moraes had success in the first two rounds of the fight, even wobbling Johnson with a head kick, the tide began to turn in the third round as Johnson began to excel with a masterful striking display. Ultimately in the fourth round, Johnson landed a beautiful counter right hand to put Moraes down, and the follow-up knee to the head sealed the walk-off victory.

Just when it looked like the writing was on the wall, Edwards shocked the world and did the unthinkable.

The knockout blow came after nearly four rounds of relative domination by the champion Usman, who stifled Edwards with strong cardio, grappling, and control. Edwards looked noticeably frustrated at times, but ultimately scored the result he wanted in all-time fashion.

A left high kick blocked out of the line-of-sight of Usman by a left jab, slipped up and cranked the champion, who folded in lawn-chair fashion as he gazed blankly at the ceiling lights.

“You all doubted me that I couldn’t do it,” Edwards said in the cage after the fight. “Look at me now. Look at it: pound-for-pound, headshot, dead. That’s it.”

Edwards started strong (though not as strong as he finished it). In Round 1, he became the first man to take down Usman. He mounted and took the back, but wasn’t able to muster up much offense. Usman had largely dominated all facets of Round 2, 3, 4, and the portion of 5 before the knockout blow. In MMA, it only takes one, however, and Edwards is now the UFC welterweight king.

Usman was considered by many, including UFC president Dana White, as the greatest pound-for-pound fighter in MMA prior to UFC 278. Usman’s first title reign ends with five defenses, also including wins over Colby Covington, Jorge Masvidal, and Gilbert Burns. His winning streak was snapped at 18.

Since December 2015, Edwards has not lost. In the nearly seven years since, Edwards has gone 10-0 with one no contest. Other wins included Nate Diaz, Rafael dos Anjos and Donald Cerrone.