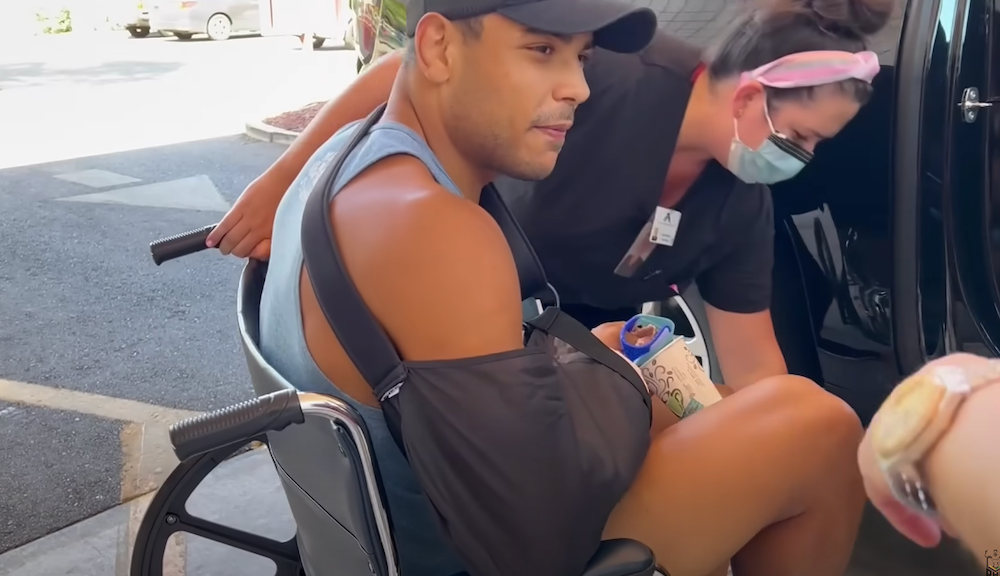 Paulo Costa suffered a serious hand injury in his UFC 278 victory over Luke Rockhold, requiring him to go under the knife.

Costa (14-2 MMA, 6-2 UFC) snapped a two-fight skid earlier this month when he earned a unanimous decision victory over Rockhold to send the former UFC and Strikeforce champion into retirement. The Brazilian won every round on all three scorecards, and afterward said he was keen to make a quick turnaround.

That won’t happen now, though. Costa learned of damage sustained to his right hand and revealed on his YouTube channel that he recently underwent surgery.

“I broke my hand in the fight,” Costa said. “I thought I had a bone injury or maybe ligaments, but what really happened was a fracture to the metacarpal bone. I hoped it wasn’t a fracture because then I would be able to come back to fighting again in 50 or 60 days and use all the conditioning and the whole camp I’ve done (for Rockhold).”

Although surgery for a metacarpal bone fracture is not uncommon, the operation likely rules out Costa’s hope to get another fight in this year to close out his UFC contract.

Despite saying repeatedly prior to UFC 278 that the fight with Rockhold was the last on his UFC deal, Costa has one more remaining with the organization before he can enter free agency.

UFC president Dana White has said he hopes to bring Costa back, but first he must get healthy and fight again.

Costa said there’s some optimism he could step back in the octagon at one of the UFC’s three events in December, but a more likely option for the Brazilian would be a fight on his home soil when UFC 283 lands in Rio de Janeiro on Jan. 21.

“I planned on fighting in 60 days, but it won’t be possible,” Costa said. “I’ll have to fight in December or January. We’ll have a UFC card in Rio, so maybe it happens there. It’s up to the UFC.”